ANDRÉE MURPHY: Justice will not lie sleeping in the Finucane case 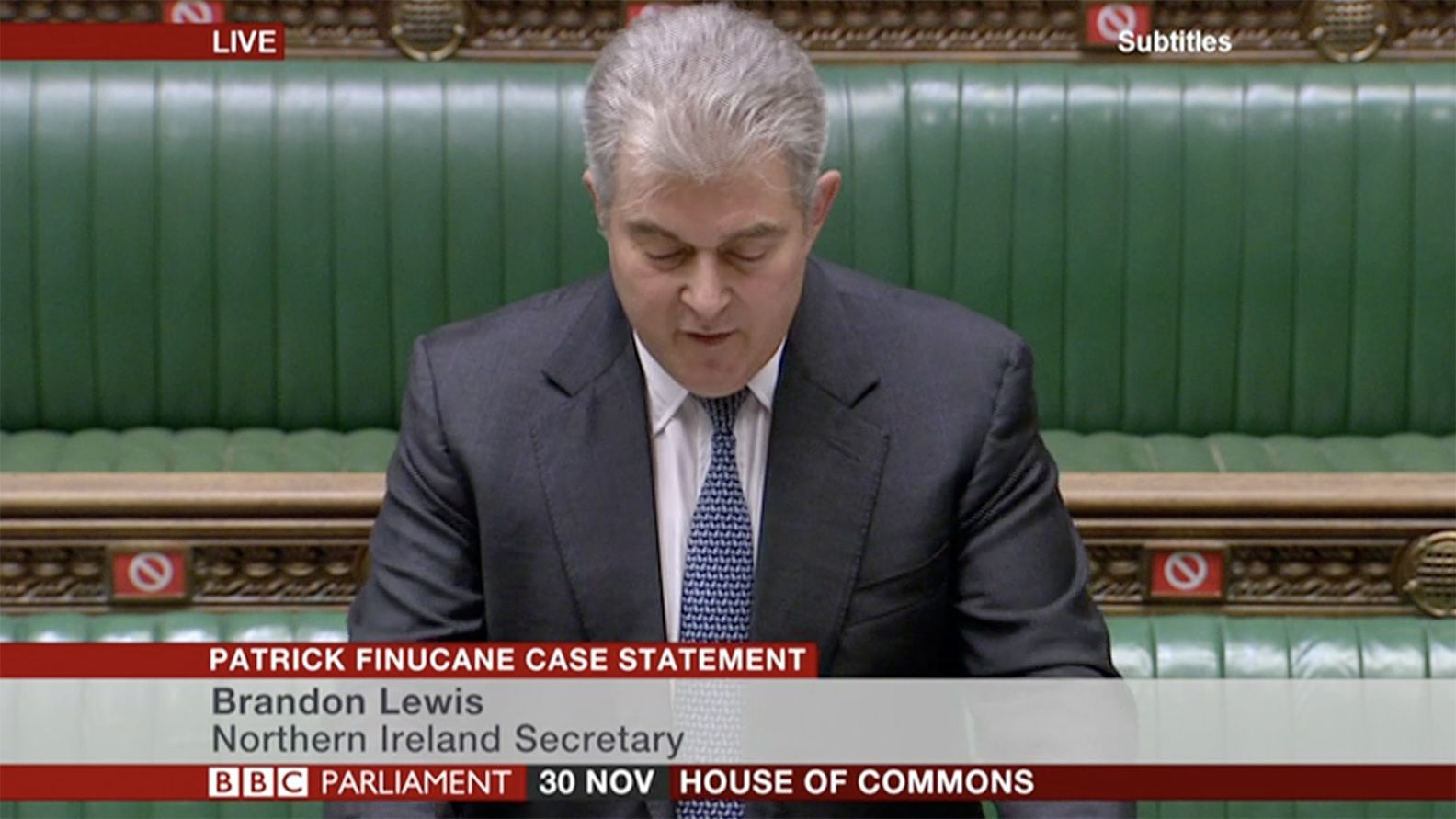 ANNOUNCEMENT: Brandon Lewis announces in the House of Commons the Pat Finucane decision

IN the days running into Brandon Lewis’s statement on a public inquiry for Pat Finucane there was a short sharp campaign to undermine it.

Then there was the continuation of besmirching Pat Finucane’s name. This besmirching began in January 1989 with Douglas Hogg in the House of Commons while the killing of Pat Finucane was being planned. He said then that there were some solicitors who were unduly sympathetic to the IRA. Now some of the Finucanes are put on banners, named in Westminster and John Finucane’s extraordinary mandate is dismissed and delegitimised. Media outlets played along and pitched the public inquiry for Pat Finucane as somehow compromised by his son’s public service.

So by the time Brandon Lewis got up in the House of Commons to make his statement all previous political commitments, all legal direction and all legitimate expectation had been delegitimised, and he felt on solid ground to make a nonsensical statement devoid of law or reality.

The denial of inquiry was welcomed by both the UU and DUP. Most of the comments began with some expression of “horror” at the killing of Patrick Finucane, words that are dripping in hypocrisy and lack of conviction. Some of the words are not worth repeating, but they did not miss the opportunity to add a cherry of bile on top of the cake of British government insult.

In total contrast the statement from Brandon Lewis was met with dignified anger by Geraldine Finucane. Her husband was shot dead in front of her and their children in the home they shared. She herself was injured. She was 40 in 1989. Now at the age of 70 she still stands as a beacon of strength and fortitude. At her side are her sentinels, Michael, Katherine and John. They exude the confidence of the knowledge that they stand on the side of truth and justice.

On March 18, Brandon Lewis tore up the Stormont House Agreement for dealing with the past, barely raising an eyebrow. This decision, which ensures that families will not be entitled to human rights-compliant investigation decades after their loved ones’ violent deaths, got little to no scrutiny.

Why was that decision made? Because of the discomfort of former soldiers, cops and policy makers. There was a sustained and concerted campaign by some veterans, aided and abetted by unionism and the Conservative Party, aimed at preventing any scrutiny of their actions during the conflict. This culminated in the Stormont House Agreement being binned.
The British state and Unionism happily sacrifice the rights of the Finucane family, all victims and our society to truth and justice in order to protect the reputation and narrative of their Britannia.

But a lie does not become truth, and justice will not lie sleeping. The Finucanes will achieve their inquiry and all families will see access to lawful investigation. Justice will prevail.