JUDE COLLINS: Key question on unity gets some varied answers 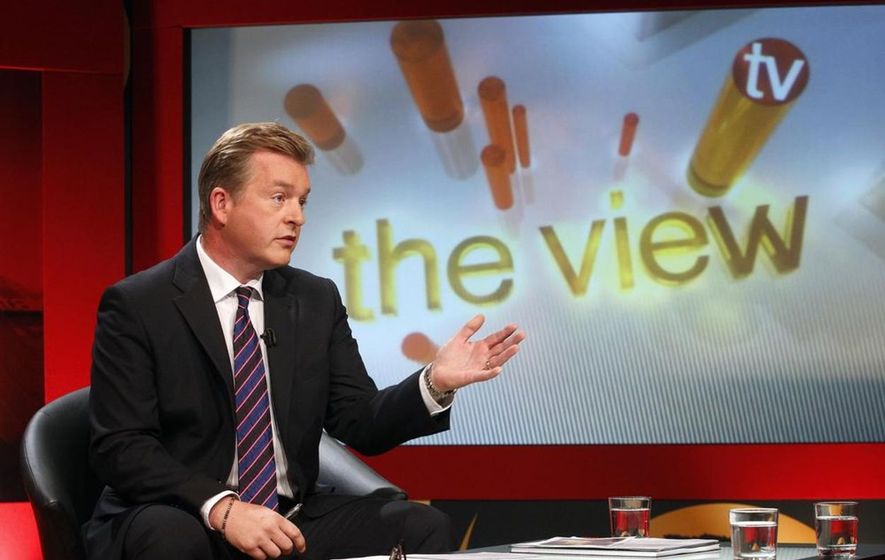 IN THE CHAIR: Mark Carruthers wanted his guests to talk to him about Taoiseach Micheál Martin’s Shared Island Unit

MARK Carruthers asked an important question last week: “Is it the vehicle to bring about or thwart a united Ireland?”  The ‘it’ he was referring to was Micheál Martin’s Shared Island project. Is the project a people-before-territory project? Or is it a flimsy fig-leaf aiming to conceal that the leader of Fianna Fáil the Republican Party isn’t equipped and would much prefer not to have a united Ireland. I mean, have you seen that last Red C poll ( FF on 12%)?

In border poll conversations, one statement is sure to surface: “Ach, the south wouldn’t be able to cough up the £10 billion we get every year from Westminster!” Professor Seamus McGuinness of the Economic and Social Research Institute [ESRI] appeared on Mark Carruthers’s programme and hit the £10 billion sum on the head with a rather large mallet. “The estimated figure is in fact somewhere between £5 and £8 billion.”  Crikey. D’you think Micheál might be putting in a call to the ESRI telling them to for God’s sake cool Prof Seamus’s jets?

On the same programme Jeffrey Donaldson explained that he was a unionist, so he favoured strengthened ties with Britain, but was open to co-operation with the south on matters mutually beneficial. Meanwhile, he rested his case on the democratic wishes of the people of NI.

Matt Carthy said he and Sinn Féin figured a united Ireland would be good for everyone politically, socially and economically. Plus, he said, tens of thousands of people who’d been opposed to even mentioning a united Ireland were now engaging in discussion of what it could look like. “The economic arguments are strengthening by the day,” he told Carruthers. Piffle, Jeffrey said, although he didn’t actually use that word. As for a border in the Irish Sea, the DUP would be working with politicians on the mainland (you heard me, Virginia) to ‘mitigate’ any differences or difficulties in trade between GB and NI. In fact, he believed the British government when they told him NI would have ‘unfettered access’ to trade with GB.

But Jeffrey and Matt’s offerings were  only the hors d’oeuvres to the main course of the feast.  Economist John Campbell has the expression of a solemn child but an unrivalled ability to talk succinctly and clearly about economic matters. So, Mark asked him,  what did he make of Jim Allister’s comment that Edwin Poots (stop laughing, Virginia) was “building the gallows for the union in Larne”.  John didn’t laugh. He did the smallest of smiles and  labelled the remark “a very colourful phrase.” And then he did some dangerous truth-telling. “From January 1 next year, it’s going to be easier for businesses in Northern Ireland to buy products from the Republic of Ireland than it is to buy them from Great Britain... The question is, does that cause over time a drift away from the UK economic centre of gravity towards the Republic’s economic centre of gravity? And if that does, then does the politics and the culture come in behind that? There are going to be regulations made in Brussels that’ll affect the way things are done in NI. So if you’re one of the business lobby groups, you’re not picking up the phone to London, you’re picking up the phone to Dublin.”

There, in five clear sentences, you have the reason the DUP fought like cats in a bag not to have the border in the Irish Sea – a battle which, alas,  they comprehensively lost.


Thanks to people like John Campbell and Professor McGuinness, it’s getting clearer how this is going to end... And If you must say “Yipee!”, Virginia, please whisper rather than shout.