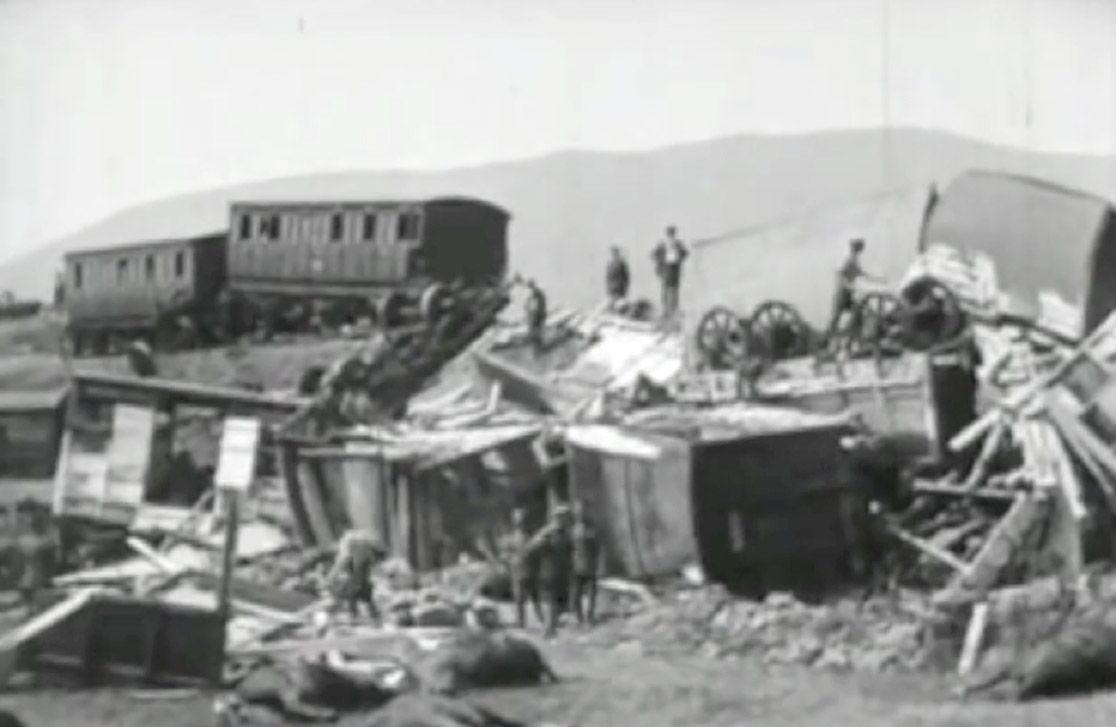 THE centenary of the birth of the northern state never achieved the heights of celebration its proponents and supporters expected or wanted.

It was always going to be a tough sell. The story of the state named Northern Ireland is not a proud history. An apartheid state built on sectarianism in which nationalists were always treated as unwelcome interlopers in their own country. In its efforts to report on the 100 years of partition the media couldn’t escape the reality that it was a denial of democracy and a denial of the right of the Irish people to self-determination. The British Tories and the Unionist establishment brought the gun into Irish politics as one sought to out manoeuvre the Liberals in Westminster and the other sought domination over a part of Ireland.

Last week the BBC and others broadcast black and white newsreel footage of the visit of the British monarch George V to the opening of the northern parliament on June 22, 1921. His speech, in which he spoke of his love for Ireland and his affection for the Irish people, would not be welcomed by some of today’s Unionist political leadership who eschew any notion that they are Irish. George V referred in his inauguration speech to the northern Parliament “on Irish soil” and his hope that the new Parliament would manage the situation with “with wisdom and with moderation, with fairness and due regard to every faith and interest” His appeal was to “all Irishmen”.

Sadly his request for wisdom and moderation had already been ditched by Carson and Craig and the Tories long before George had even arrived in Belfast.

One lesser known aspect of the visit to Ireland by George V occurred in South Armagh two days after the Belfast pomp and ceremony of the opening of the Parliament in Belfast City Hall. On June 24 three trains carrying the trappings for the opening of the Parliament, as well as members of the 10th Royal Hussars Regiment, a cavalry unit which had acted as the personal bodyguard to the British King, were heading south to the Curragh British military camp in County Kildare.

Volunteers from the 4th Northern Division of the IRA, mostly from South Armagh, ambushed the last train which was carrying the Hussars and their horses in the townland of Achadh Aileóg, a few miles from the Aghadavoyle train station. The Volunteers “clambered up the steep, grassy bank to the track and began removing bolts holding the fish plates of the outer rail in place.”

When the scouts watching the track from Fathom Mountain confirmed the trains were on their way the Volunteers then unfastened the tracks and removed them.

“At about 10.30 the train containing King George’s royal escort sprung the simple but effective trap and was successfully derailed, plunging some 20 feet into an unoccupied field below.” At least four British soldiers were killed, although this figure was disputed by the IRA as an underestimate, and scores of horses killed. The IRA leader responsible for the attack was Frank Aiken, who later went on to become a Fianna Fáil Tánaiste and Minister.

The story of this daring and audacious ambush and its aftermath, and the impact of partition on that part of Ireland is told in a new publication from the South Armagh Centenary Committee. Entitled ‘The Aghadavoyle Train Ambush: The 4th Northern Division and a Century of Partition in South Armagh’. It is a detailed account of that historic period and the emergence of the IRA in South Armagh.

I believe it is very important that people tell their own stories. This is especially true for republicans and nationalists who in the decades under the Stormont regime and then during the period of conflict often found that their truth was not being told and was buried under the weight of propaganda.

In recent years thankfully that has begun to change. During the decade of centenaries, republicans have been very active in bringing their local history to life. To celebrate it, to reflect upon it, and to share it with this and with future generations.

A century later, a new generation of South Armagh republicans remain committed to bringing partition to an end, inspired by the example of those who took part in the struggle for freedom and independence 100 years ago.

Now thankfully there is a peaceful way to achieve this. The people will decide. A referendum, as committed to in the Good Friday Agreement, is the way forward.

All United Irelanders have a duty to campaign for and to plan for the unity referendum. The Irish government has a special responsibility, coupled with its constitutional obligations to plan for the future and for Irish unity.

I commend the South Armagh Centenary Committee for bringing this compelling history to life and for reflecting on a century of partition, and what this century might hold for one of the most storied and culturally significant regions of the island.
If you want to get a copy of The Aghadavoyle Train Ambush: The 4th Northern Division and a Century of Partition in South Armagh, contact the South Armagh Centenary Committee at the Tí Chulainn Ventre: 2 Bog Road, Mullaghbawn, Newry BT35 9TT.
Tel:  028 3088 8828.

AT the beginning of June the property company Hammerson lodged three planning applications for major developments in and around Moore Street. The area it defines as ‘Dublin Central’ is a 5.5-acre plot that stretches from O’Connell Street to Moore Street. This plot covers the Moore Street battlefield site which the National Museum of Ireland has described as “the most important historic site in modern Irish history”.

The applications will effectively destroy much of the 1916 Rising Heritage of the site. Some of the buildings in the terrace that runs from 10 to 25 Moore Street and where the last meeting of the 1916 leaders was held and scores of those evacuated from the burning GPO took shelter, will be demolished under the Hammerson plan.

In addition, if the Hammerson plan gets the go-ahead the four buildings that currently lie derelict and make up the national monument – 14 to 17 Moore Street – will be overshadowed by a high-rise hotel and office buildings.

The Moore Street Preservation Trust is seeking your support to oppose the Hammerson applications. Its spokesperson is James Connolly Heron, who is the great grandson of James Connolly. Along with the relatives of other leaders and Volunteers who fought in the 1916 Easter Rising, he has campaigned tirelessly for many years to preserve Moore Street from the bulldozers and diggers of developers who want to destroy this hugely historic site in pursuit of profit.

In a letter a few days ago to supporters of the Moore Street Preservation Trust and to all those who wish to protect Moore Street and its adjacent historic laneways, James appealed for letters of objection to the Hammerson development plan to be submitted to Dublin City Council. I would echo Jim’s appeal. I have submitted my three objections. There isn’t much time left for those readers or organisations who want to join in this initiative. You have until the close of business next Monday, July 5. There are three separate planning applications – ref no 2861/21, 2862/21, 2863/21 – and it costs €20 to submit an objection to each one. It took me 20 minutes to work my way through the website.

Objections, or observations as they are referred to on the Council website, can be handed into the DCC office or online. To submit your objection online you go to the Dublin City Council website: dublincity.ie and ‘View or Search Planning Applications’. You have to register in order to make your observation. You will receive confirmation of payment and an automatic acknowledgment receipt.  Please retain this receipt, as you will need it should you decide to make an appeal to An Bord Pleanála.

In my three letters of objection I identified those issues which I believe are relevant to protecting Moore Street. These include:
• These applications are contrary to the decision by Dublin City Council which unanimously voted on June 14, 2021 to list 10 to 25 Moore Street as protected structures.
• The Hammerson application does not adequately recognise Moore Street as a place or town place that is of special architectural, historical, archaeological, artistic cultural, social or technical interest as a designated Architectural Conservation Area.
• The Hammerson plan will not secure, protect or preserve all 1916 elements on site.
• The Hammerson application does not reflect the historical importance of this area, described by the National Museum of Ireland as “the most important historic site in modern Irish history”.
• The Hammerson application seeks the demolition of part of the terrace of houses that was the last headquarters of the 1916 Provisional Government of the Irish Republic.
• The proposed development will alter and interfere with lines of historic streets and laneways directly linked to The Rising.
• The applicants seek the demolition of No.18 Moore Street, a 19th century structure, and other 1916 monuments, buildings and structures that have yet to be independently assessed or surveyed.
• The application includes the appropriation and invasion of the curtilage of national monuments and protected structures throughout the site.
• The proposed development is out of context with the declared national monument at 14 to 17 contrary to Venice Charter principles and international guidelines on the protection of history and heritage.
• The application runs contrary to the objectives of the Dublin Development Plan and the aims and objectives of the Ó Snodaigh Bill under consideration by Dáil Éireann and the Moore Street Renewal and Development Bill placed before An Seanad by Minister Darragh O' Brien in 2015.

So, help protect and preserve Moore Street. It only takes 15 minutes to lodge your observation/objection online. As Proinsias Ó Rathaille. the grandson of The O’Rahilly – the only leader of the Rising killed in action – said in his objection which he confirmed in a post on the Moore Street Preservation Trust facebook page: “U then can tell ur Grandchildren that you were involved in our Campaign and are proud of same!! Play your part in preserving these iconic historic buildings and a key part of the history of the 1916 Rising.”
For more information log into https://www.facebook. com/MooreStreetTrust/ 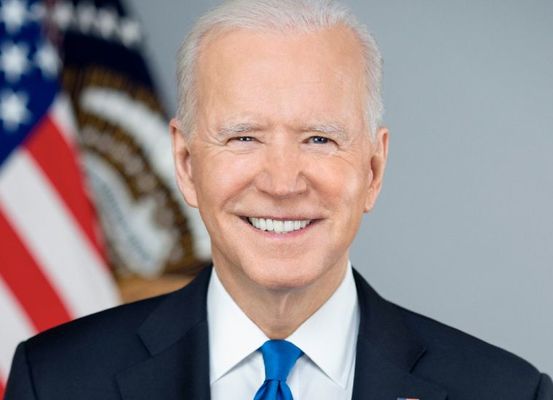