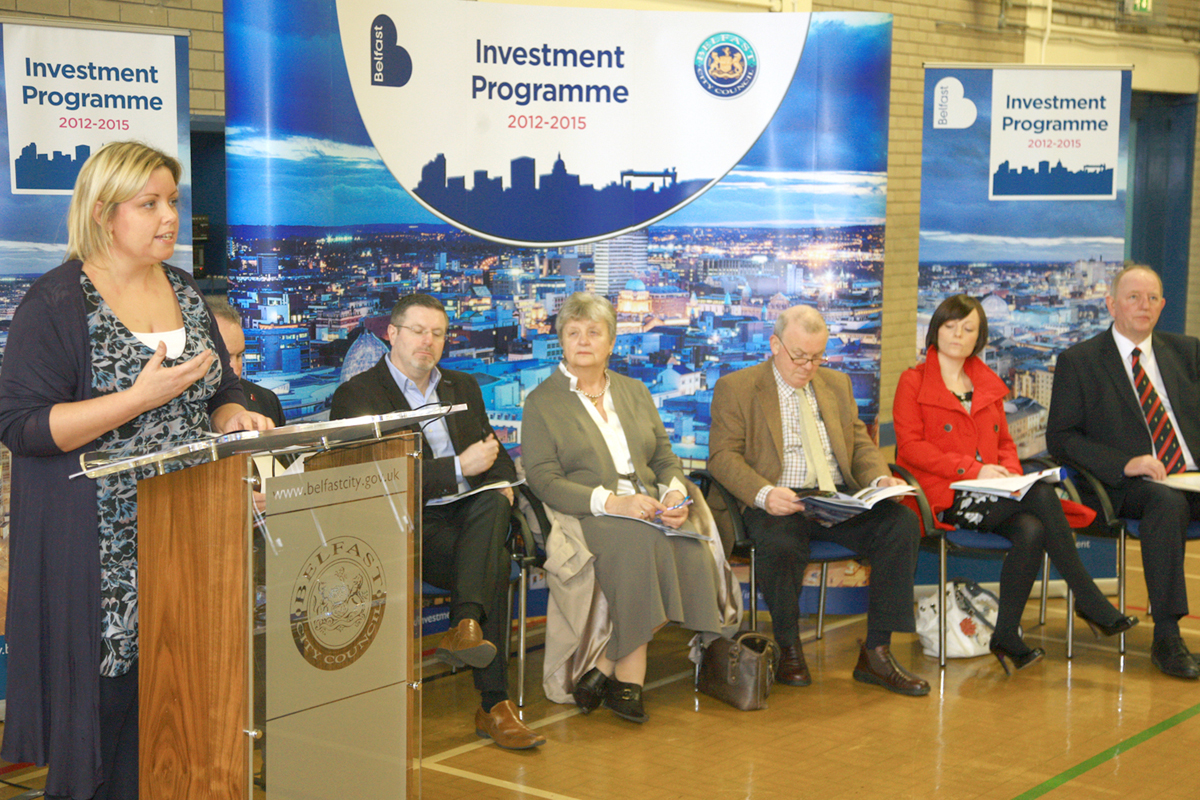 A South Belfast Councillor says a consultation event about Belfast City Council’s investment programme allowed local people to have their say about the proposed £233 million windfall for local communities.

Deirdre Hargey was speaking after the community information event hosted by the Council at Olympia Leisure Centre off the Boucher Road. The Sinn Féin representative was one of several South Belfast Councillors who addressed locals who attended the event, telling them how schemes such as the Markets tunnel project and the redevelopment of Botanic Gardens’ Tropical Ravine would benefit from the money.

She said the event had been “crucial” for getting locals involved in the public consultation on the investment masterplan, which will run until April 27.

“This was the fifth and final event we did out in the community and I was pleased by the good turnout it received. From a Council point of view it was important we didn’t do just the big glitzy launch of the investment programme at the Waterfront Hall but also got out into communities right across the city.

That will hopefully get as many residents responding to the consultation as possible. At this event we had plenty of local people but also organisations such as the Lisburn Road Business Association also attended, and they were asking questions and querying stuff around the investment programme.

“This was the biggest thing for us as Councillors because from the moment this masterplan was announced, people were asking how they could get involved. It was also a good opportunity for the individual parties to put across their vision of where the money should go.”

Cllr Hargey said the response from attendees at the event had been “very supportive”.

“People are glad the Council has come together in a unified voice and there is a vision laid out in a document so they can see the strong commitments, which we can then be held accountable for. I think overall this process has been has been very upbeat because people can see the Council is going above and beyond the usual service delivery, especially considering the current financial climate. The thing is now reaching the end of the consultation and implementing it. People’s expectations have been raised and the challenge is for the Council to deliver on that.”