Locals get down to business 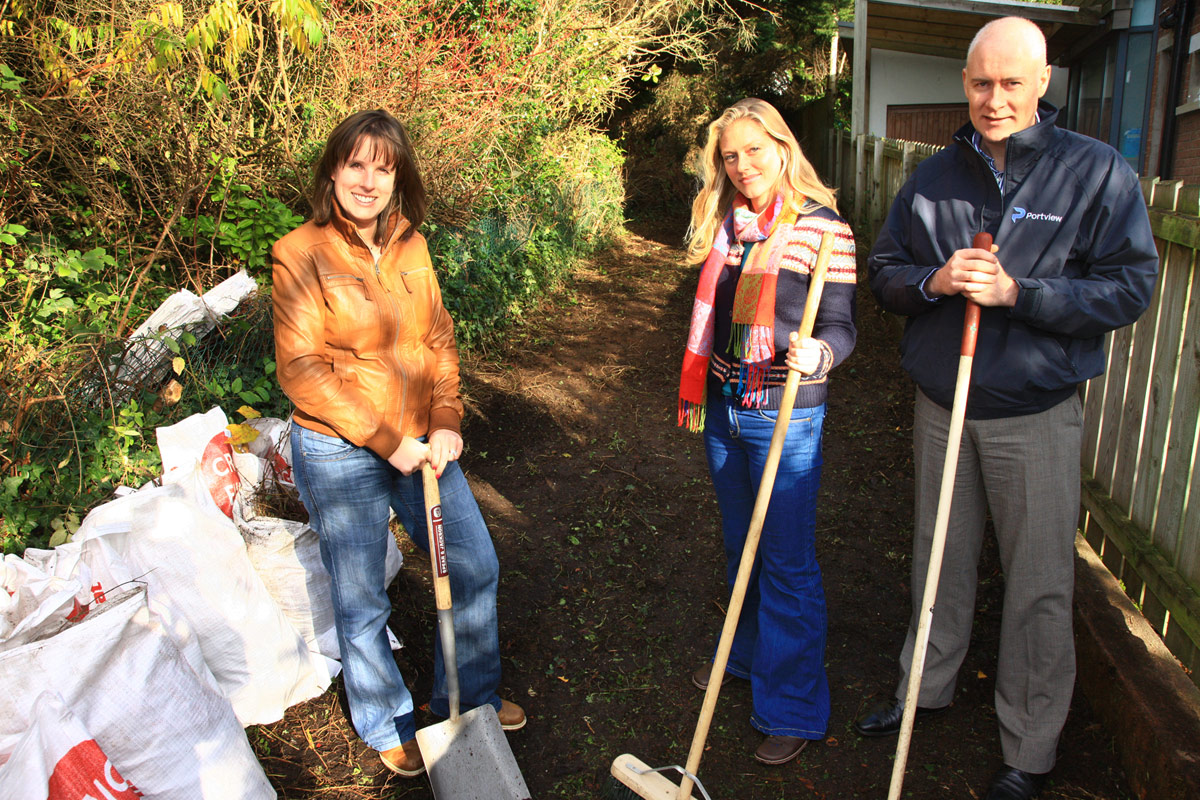 A LANEWAY in the Stranmillis area has been given a “makeover” in a bid to have it adopted by the Roads Service.

The walkway connects the Hillside area with the main Stranmillis Road, and is used daily by many locals, despite its overgrown condition which residents have said has made it a “treacherous” choice for elderly pedestrians.

However, it is hoped that the lane could be adopted by the Department of Regional Development’s Road Service, which would mean regular maintenance. The Business in the Community organisation have joined forces with a local councillor to bring the path up to scratch.

Alliance’s Cathy Curran took part in the clean up on Friday in which the business group organised staff from Ormeau-based firm Portview Fit Out to roll up their sleeves and help transform the state of the path.

Speaking with the South Belfast News, Councillor Curran explained: “This walkway is regularly used, but had become seriously overgrown. It’s a shortcut for many locals, including the elderly, but had really become treacherous.

“The Portview team did an amazing job of clearing the path by raking it, removing all the overgrown foliage, and even trimming the overhanging trees. Ideally we would like to see lighting installed on it now the dark evenings have drawn in and if we can get it adopted that would make it possible.”

Portview’s Simon Campbell added: “We were only too happy to take up this challenge, as volunteering is one way businesses can start to build real relationships and transform the communities in which they live and work.”

A spokesperson for Roads Service told the South Belfast News: “Roads and laneways must be brought up to adoption standard before Roads Service can adopt them. This means surfaces, lights and drainage must be of a serviceable standard.”