Mad as a hatter 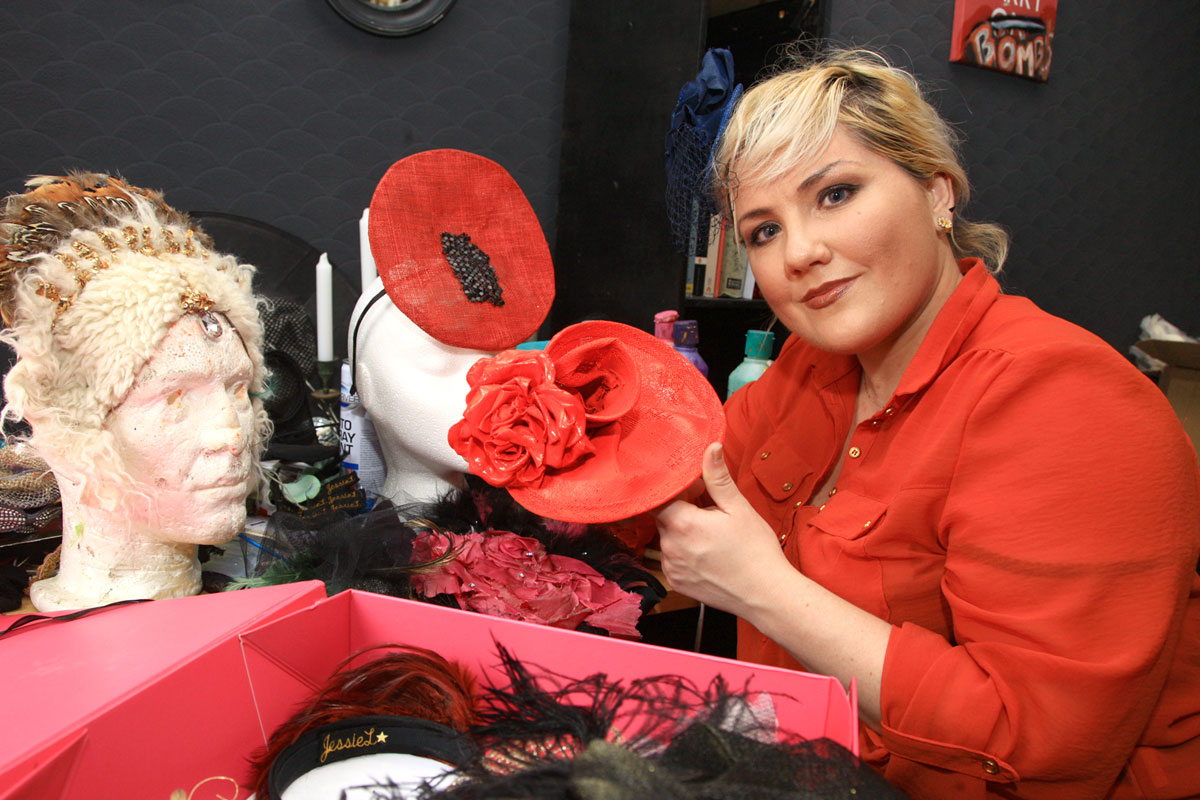 Poet, artist and designer, Jessica ni Leacai, pulls her inspiration for her creations from her experiences of living all over the world. Now settled in the Village area where the views stimulate ideas for her work, she is putting all her time and effort into designing headpieces and jewellery.

I was born in Cork

I grew up between Cork and Texas

I now live in the Village

I was educated at the Art Institute of Houston, Texas

My earliest memory is acting out Star Wars with my cousins. The two lads were Hans Solo and Luke Skywalker, because his name was Lucas of course and I was Princess Leia

When I was a child I wanted to be a performer

Best job I’ve ever had - working for myself

The stupidest thing I've ever done is try to sit at the bottom of a swimming pool and have a chat.. don't ask.. long story

The people who inspired me most are  my grandmothers, both strong women

The most important thing in the world is belonging

I'm very bad at being serious

I'm very good at not being serious

I like to relax by reading and listening to music

The last book I read was - am reading The Anti Christ. Ecce Homo, Twilight of the Idols compilation by Frederich Nietzsche

My favourite movie is Fear and Loathing in Las Vegas

The best place I've ever been is Mexico, after the Arann Islands of course

The last text message I received was from my mate Dean, what a legend

If I could describe myself in five words they would be poet, artist, joker, designer, carefree

If I could invite five people (living or dead) to a dinner party they would be Stephen Fry, Richard Dawkins, Seamus Heaney, Rory Gallagher, Gilda Wagner

If I could change one thing about South Belfast it would be the image, people get a bad impression and the place really needs to be cleaned up