McCarthy is the Don 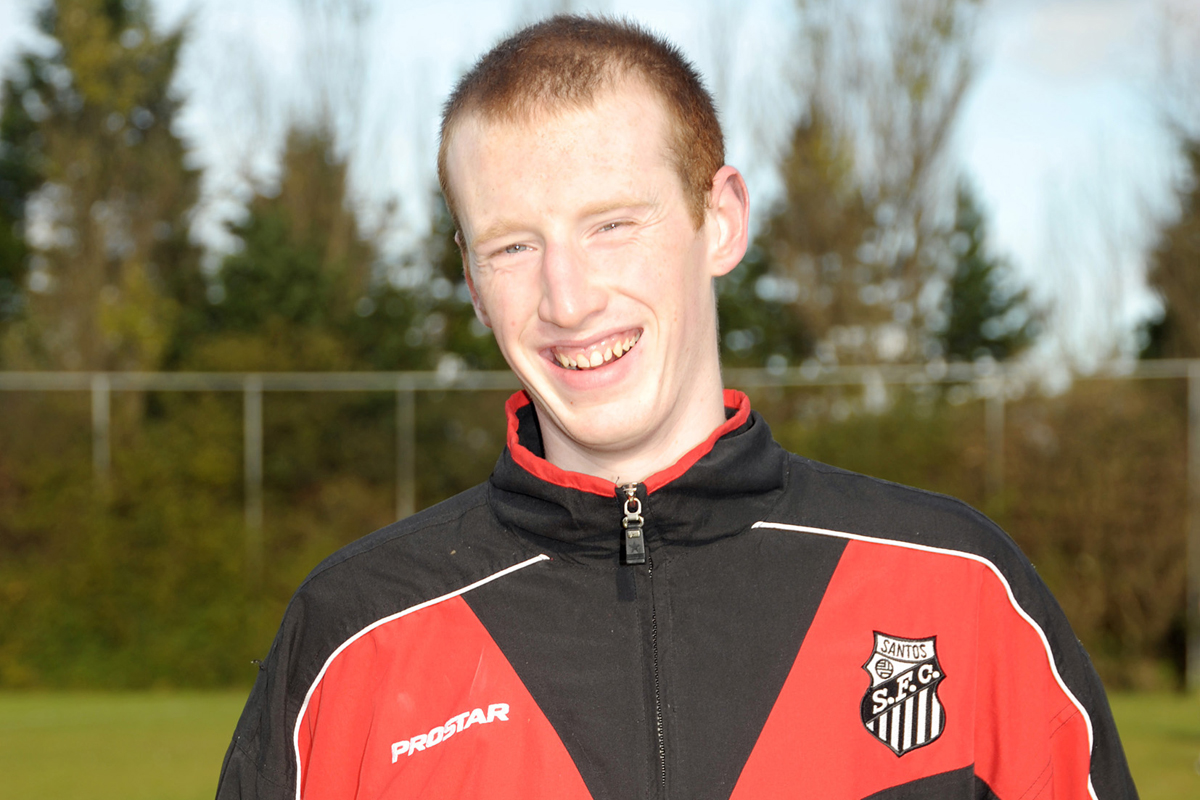 A last minute fixture change threw up a second local derby just two weeks after the first game, which Santos won 1-0 after a dour battle.

Once again Santos competed all over the pitch and nullified the Dons, to such an extent that young CJ Archer in goals had no shots to deal with.

The trio of Brady, Nolan and McGeehan constantly won possession and supplied the front men with Paul Brady immaculately leading the line.

On the right side Conor ‘Lazio’ McCarthy tore the Dons apart and only the magnificence of Tucker in the Dons goal stopped an avalanche.

Still after 18 minutes, after bamboozling the Dons defence, he was unceremoniously upended in the six-yard box.

From the resultant penalty Aidan Hughes shot home his sixth goal of the season, a great return from the big centre back.

The amazing thing was that Santos didn’t add to the scoreline. This owed everything to great goalkeeping and some rugged defending especially on the mesmerising McCarthy.

The players didn’t need telling but skipper McGeehan galvanised his team as Santos were camped in the Dons’ half.

Their goalkeeper’s immaculate control and outstanding length in clearance might have troubled a lesser defence than this cast iron Santos back four.

Hughes and McCullagh devoured all the high balls while the ball playing McNulty, again showing classical form on the right, and Robert Clarke were simply unbeatable.

McGeehan hammered a thunderbolt which brought a breathtaking save from Tucker before McCarthy clipped the post.

Brady then chipped inches over and Nolan blasted off the post as Santos poured forward in search of the elusive second.

It appeared as if they had it after 65 minutes when McCarthy was hauled to the ground as he was about to head home.

Advantage was played and amazingly the ball was hacked off the line. But a goal had to come and after 78 minutes it eventually arrived to lighten up the grey afternoon.

McCarthy went solo, picking up a long clearance from CJ Archer to bewitch the Dons rearguard with his trickery, leaving four defenders in a spin before unleashing a beauty to the bottom corner.

“It was like a birthday gift to me from a superb, committed and loyal bunch of lads who last season were down but wouldn’t roll over and die,” said proud manager Eugene McGeehan.

“I was so proud of their efforts, especially that of the young Paddy Nolan who proved, with grit and skill, that he is going to be a great for Santos.”

Santos are now in second place and meet White City next at home.