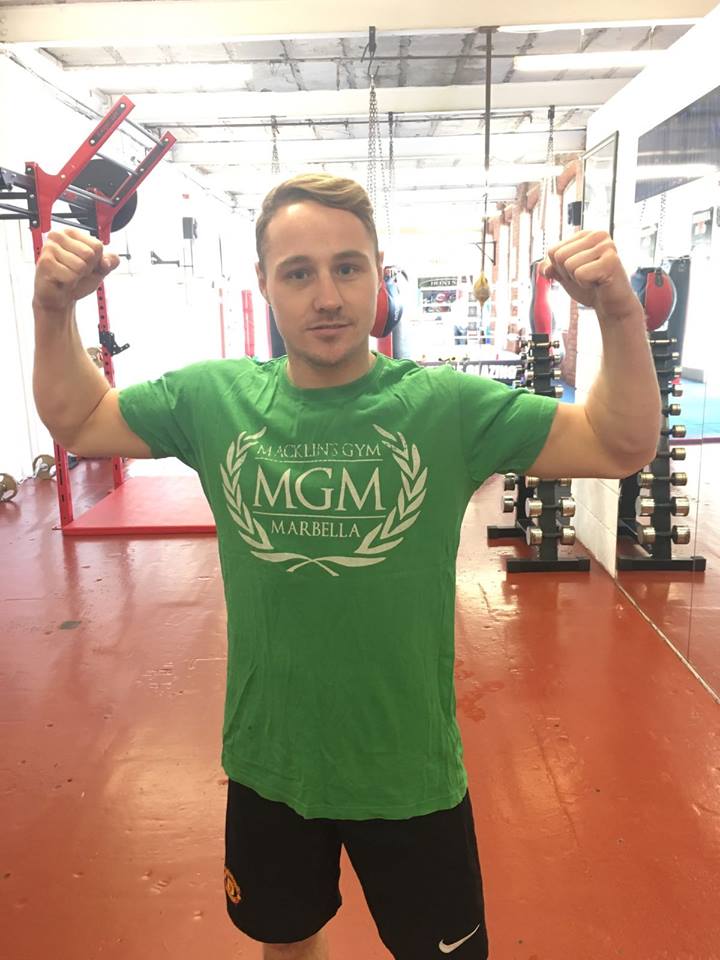 Ciaran McVarnock takes on Antonio Horvatic at The Devenish on Friday

CIARAN McVarnock may be loving life in Manchester but admits he cannot wait to get back home to Belfast ahead of his eagerly-anticipated return to the ring at The Devenish on Friday night.

The 24-year-old lightweight will take on Croatian journeyman Antonio Horvatic in a four-rounder on the Mark Ginley-promoted show in what will be his first bout since May last year.

On that occasion, he eased to a TKO win over Latvian, Ruslans Berdimusadovs in Bolton and he is delighted to be back fighting in his home city.

“I am coming back home tonight (Tuesday),” said McVarnock.

“I will be running the roads around Belfast to keep the weight down before Friday night.

“It will be good to see family and friends as well – I can’t wait to get back home.

“I have been living over in Manchester for the last two and a half years and my trainer is Anthony Farnell who is a two-time world champion himself and we have a great bond.”

Fellow MTK fighters Paddy Barnes and Jamie Conlan will co-headline the BoxNation show at the Waterfront Hall on Friday, March 10 and McVarnock is hoping to feature on more big shows in Belfast later in 2017.

“I was delighted to sign with MTK (Mack the Knife) – they seem to be taking over everything at the minute,” said McVarnock.

“They are promoting Paddy Barnes and Jamie Conlan for their show next week in Belfast. Mick Conlan is also managed by MTK as well. What they have promised me was unbelievable and I jumped at it right away.

“I am expecting to be fighting back home regularly this year. I am in with the big boys now. There is no more stopping and starting.

“This year they have said they will have a lot more shows back home to give the Irish fighters an opportunity to fight at home. I’ll not just be fighting small hall shows, I’ll be fighting televised shows. Carl Frampton fought in small hall shows and look at him now.

“Through the year, hopefully I’ll get the chance to fight on a BoxNation show as well.”

While McVarnock is keen to enhance his reputation in 2017, he isn’t looking for an early night on Friday at the Devenish.

His 30-year-old opponent has lost 31 of his 41 fights, including a first round TKO loss to Belfast’s James Tennyson last year. However, McVarnock claims he needs the rounds rather than a knockout victory.

“I only learned of my opponent on Tuesday – I always find out the minute,” added the Belfast native.

“He can fight, he doesn’t just cover and shy away. I am not looking for a knockout or anything – I want the four rounds.

“I have fought half a round in the last 14 months, I need the rounds and I need him to last the distance.

“I won’t try to blast him in the first round. He only lasted a minute with James Tennyson but we all know James is on another level.”