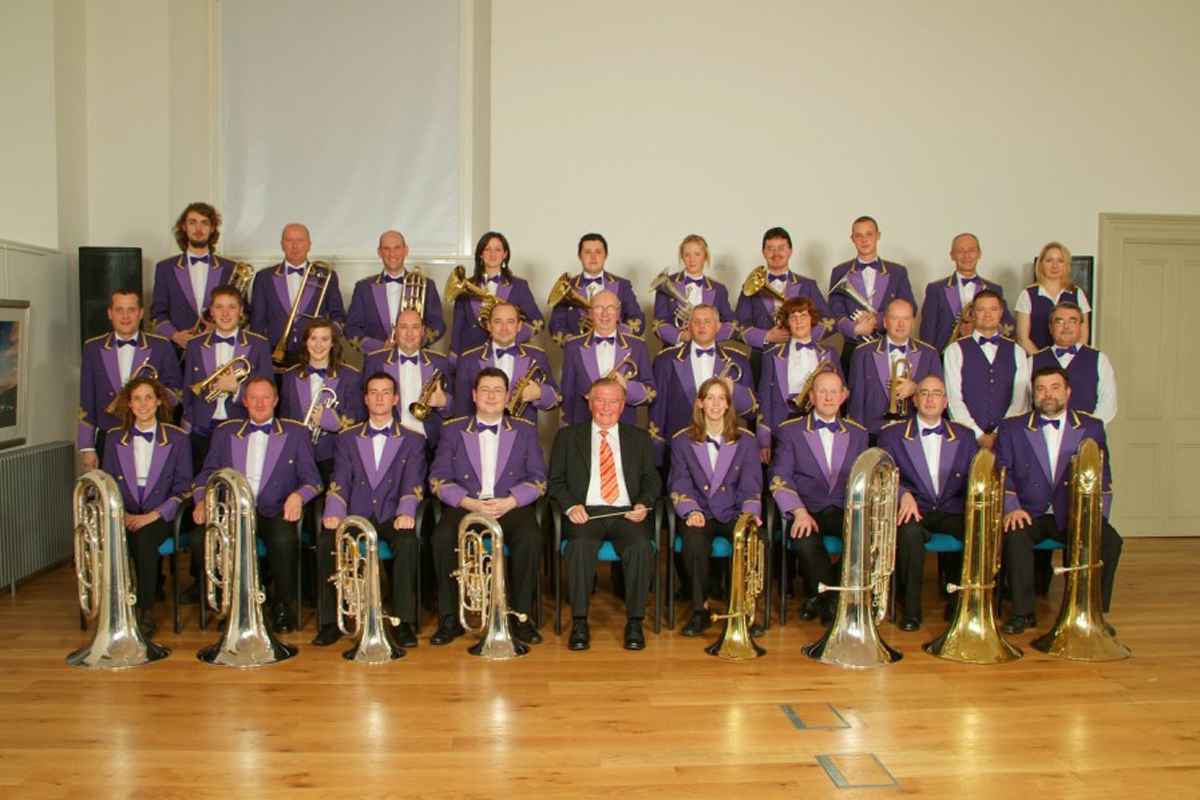 THE official sound of Christmas for many a traditional yuletide celebration is the hearty strains of a brass band, adding depth and warmth to favourite carols.

One of the North’s finest examples of this polished musical collective are based right here in South Belfast, where they have been practising since 1990 following the amalgamation of two other bands, the oldest of which was founded in 1850.

The Downshire Brass Band rehearse twice-weekly at Malone Presbyterian Church and are unique in that anyone of any musical ability is able to attend and begin practising with instruments from the smallest trumpet to the most daunting tuba.

Bandsman Mark Sefton spoke with the South Belfast News about the rich history of Downshire and their many achievements over the years. The band, who label themselves “enthusiastic amateurs” have also released a long-awaited CD of their music, which includes everything from traditional hymns to rousing marching tunes.

“We formed when the Hillsborough Silver and the Reid Memorial Band, who were originally members of Malone Presbyterian’s bible class, amalgamated back in 1990,” Mark explains.

“The name is a tribute to the Hillsborough area which our band has strong links with, and is a reference to the Marquis of Downshire. Anyone attending our rehearsals will know that we also believe in a huge repertoire of tunes, incorporating all musical backgrounds. We are also known for encouraging our players to explore what some might describe as non-traditional music for brass players to perform, including for example, some of Robbie Williams’ hits. We attract interest from all age groups, and our members age from eight to players in their 60s.

“Our members come from all over to South Belfast for our sessions, some from as far as Portadown, and we are proud to be maintaining the brass tradition started right here at Malone Presbyterian all those years ago.”

Downshire Brass, which currently has around 30 members, are not shy in showing off their skills and have an impressive collection of awards and achievements in the competitive brass band festival and competition circuit. This year alone they have won no less than four prize medals from across Northern Ireland, including being crowned champions on their home turf at the Brass Band league’s inaugural ‘Festival of Brass’ at Queen’s University.

“There’s many locations we have performed in and a lot of venues,” Mark continued.

“I think my personal favourite place to play is the Waterfront Hall in the city centre as the acoustics are perfect for the range of instruments we use. However, next year we will be performing at St Anne’s Cathedral at a special memorial service marking 100 years since the sinking of the Titanic. That is going to be an amazing experience, and a unique venue to play in.”

Meanwhile, Downshire Brass are hoping that their first CD compilation of tunes will become a success, especially with a rise in the brass music profile at Christmas time.

In keeping with the local theme, the album - entitled ‘Horizons’ - was recorded right here in South Belfast under the watchful eye of Downshire’s musical director Michael Alcorn. Members, including the junior band, used the state-of-the-art Sonic Arts Research Centre to record and ensure the distinctive sound of each brass instrument, including French horns and trombones, was as defined as possible.

“The album was a lot of fun to record, and we all agree it captures the rich Downshire sound perfectly. Here’s hoping for another successful year for the band in 2012.”

‘Horizons’ is available online at www.downshirebrass.com.