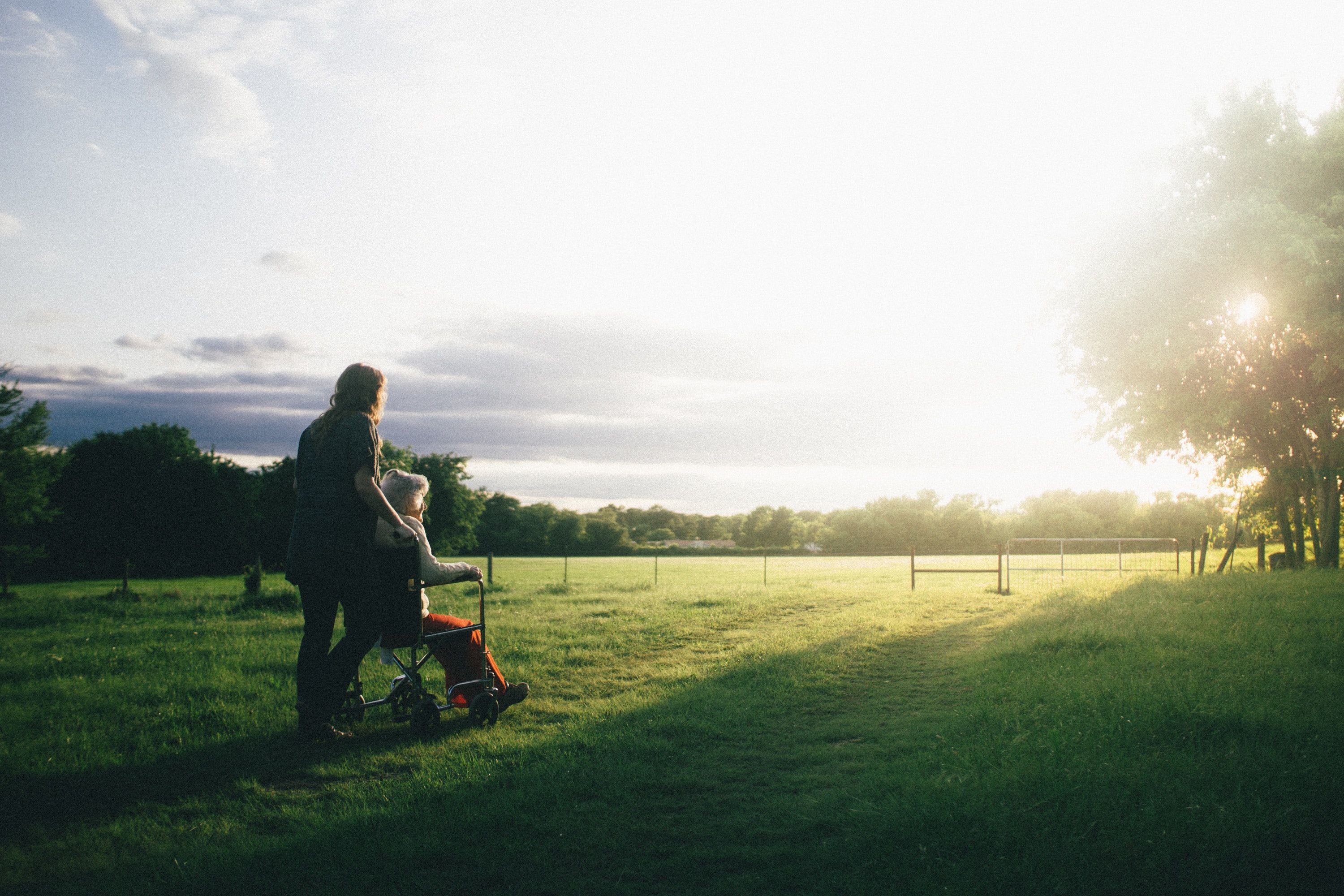 YET another storm is brewing in Downing Street. Following storms Cummings, Hancock and Rabb (a.k.a. storm Taliban), the promises of Building Back Better and Levelling Up post-pandemic are about to be drowned in a deluge of economic pressures and political squabbling. Those on the lowest incomes are unlikely to come out of this well.

The immediate issue is another of Johnson’s oven-ready deals. Two years ago he declared: “I am announcing now – on the steps of Downing Street – that we will fix the crisis in social care once and for all with a clear plan we have prepared to give every older person the dignity and security they deserve.” Repeat, “a clear plan we have prepared”, so clear and so prepared that six months later the Conservative and Unionist Party’s election manifesto held back on the plan by promising to seek a cross-party consensus on the issue.

Five months after that, the fragility of the social care sector was fully exposed by the failure to protect care home residents and their carers from the ravages of Covid. The ‘protective shield’ around care homes was a myth.

The “clear plan” for funding social care can be postponed no longer, so it seems. After all, the 1997-2010 Labour governments and the Coalition and subsequent governments have been grappling with the funding of social care since the Royal Commission of 1999. This recommended the introduction of free personal care on the grounds that cancer care was free under the NHS so why not provide free care for those with Alzheimer’s disease under the social care system? Scotland implemented a free social care policy in 2002.

The closest to a British party political consensus on social care funding came with the Dilnot Report recommendations of 2011. Professor Dilnot proposed that care charges be capped over a person’s lifetime and the introduction of a less harsh means test. This was broadly accepted at the time and the Care Act of 2014 was passed, ready for implementation in 2016. But this was deemed unaffordable under George Osborne’s austerity drive so it was initially postponed until 2020 and then put back into the policy melting pot once again from 2017. Four years later, and 22 years after the Royal Commission report, Johnson is still wrestling with the issue.

What is his problem? First there are the December 2019 manifesto commitments not to raise income tax, VAT or national insurance contributions (NICs). Secondly, the manifesto carried forward the triple lock on the state pension which guarantees that the pension goes up in line with inflation, average wages or 2.5 per cent, whichever benefits pensioners the most. Thirdly, splashing the cash during the pandemic does not mean that the low tax, small state faction within the governing party at Westminster – including the Britannia Unchained mob within the cabinet itself – has gone away. State spending is fine when channelled into party supporters and donors, and in exceptional, war-like circumstances. But it is not fine in general when you are driven by an ideological commitment to the “free market”, “sovereignty” and “global Britain”, and see the state as a last resort.

Breaching manifesto commitments is not a problem for Johnson. He’s already done it by cutting the foreign aid budget, violating what is written in law in the process. He lies to the House of Commons and to the public at large, so ditching bits of the manifesto is not an issue. No, the problem is the disaster capitalists in his own party who see the pandemic as an opportunity to increase the reach of the private sector into the work of the NHS and elsewhere. They would rather see no tax increases of any kind and let the NHS be starved of funds, further stimulating the drift towards private services. Minor incremental changes to social care funding are enough as they see it. Some of the prominent Brexiters, such as cabinet member Rees-Mogg, are openly opposed to tax increases.

I wanted to read the rest of Jacob Rees-Mogg’s column in Sunday Express, but this is all of it pic.twitter.com/39tsYgTgLC

In particular, there is opposition to the widely leaked proposal to increase NICs and not to honour the triple lock on pensions, given that year-on-year average wages may have risen by nine per cent when the time comes for uprating benefits. One of the objections to loading the costs of social care and NHS funding onto NICs is a generational one – younger people are carrying the extra costs for older people’s heavier use of health and social care services.

There is another objection which becomes very obvious if we compare the British system of national insurance with the Republic’s pay-related social insurance. While having similar origins and purposes, the two systems have become quite different over time with regards to both contributions and benefits. For example, the Republic’s system is generally more progressive as contributions are not capped for higher paid employees – you pay four per cent on all earnings from €352 per week upwards (less a credit of €12 which disappears once earnings exceed €424). But the British system charges employees 12 per cent on earnings between £184 and £967 per week (£50k per annum). After that, the charge drops to two per cent. The higher paid get off lightly and benefit disproportionately through tax reliefs on private pension contributions.

In short, the Republic’s social insurance system retains some integrity as a hypothecated tax which goes to a ring-fenced fund to pool the risks of short-term interruptions to work and to finance the state pension. But only up to a point. The integrity of social insurance was dealt a serious blow in the Republic when the pension reserve fund was raided to the tune of €21 billion in 2009 to help deal with the banking crisis. In Britain, funds raised through NICs could be spent on defence and few would notice.

Would it be more progressive to raise income tax instead of national insurance? Under the British system the answer is ‘no’. The Institute for Fiscal Studies looked at this question and found that the richest 10 per cent of families would contribute about the same under a NIC rise as an income tax increase, though the latter is slightly more progressive. A more striking difference is by age. Under an income tax increase, households with someone aged 66 and older would contribute much more than under an NIC increase.

NEW: Families with pensioners would provide only 1.4% of the revenue from a NICs rise, compared to 14% if income tax rates were to increase instead.@StuartAdam_IFS compares the effects of increasing NICs and income tax rates to fund social care reform>https://t.co/pbZT4awglq pic.twitter.com/bKSZaoVevd

The costs of social care and NHS recovery may be the immediate concern but there are plenty of others, even before we get on to the lack of planning over the climate crisis. By May 2021, the pandemic had cost the British Exchequer £372 billion in earmarked funding. “Support for the devolved administrations” amounts to £25.9 billion of which £4.6 billion has come to the North. As a result of Covid public health measures, economies have shrunk and that means a smaller tax base. According to one estimate (by Ernst & Young) the North’s economy shrunk by 10 per cent in 2020 compared to 5.4 per cent for the Republic. The effects of Brexit are becoming ever more apparent in Britain, albeit disguised by the pandemic and the brazen dishonesty of those still blaming the EU for the UK’s third country status.

There are always other policy choices, especially when it comes to taxation and distribution. For instance, Oxfam estimates that the world’s 2,690 billionaires fared astonishingly well during the pandemic, increasing their wealth by 69 per cent. It cites the example of Amazon’s Jeff Bezos whose wealth increased from $113 billion in March 2020 to $192.4 billion. Oxfam says that billionaire wealth went up more in the last 17 months than over the past 15 years.

It took just nine months for 1,000 billionaires to recoup their #COVID losses while it could take more than 10 years for billions of the world’s poorest food workers to recover from this recession

So how about taxing some of that wealth? Instead what we are about to see is £20 per week taken away from 120,000 of the North’s Universal Credit claimants, many of whom are working. This will be the biggest ever overnight benefit cut in the history of British social security. That’s timely coming up to winter when gas prices are rising by 20 per cent and electricity by 10 per cent. Last winter, death by Covid. This winter, death by hypothermia?

Cutting Universal Credit by £20 a week will be record breaking for wrong reasons - the biggest ever overnight benefit cut – larger than the Housing Benefit cuts of 1988. Only the disastrous 10% cut to unemployment support at the height of the Great Depression comes close. pic.twitter.com/Mq78Ecq0eK