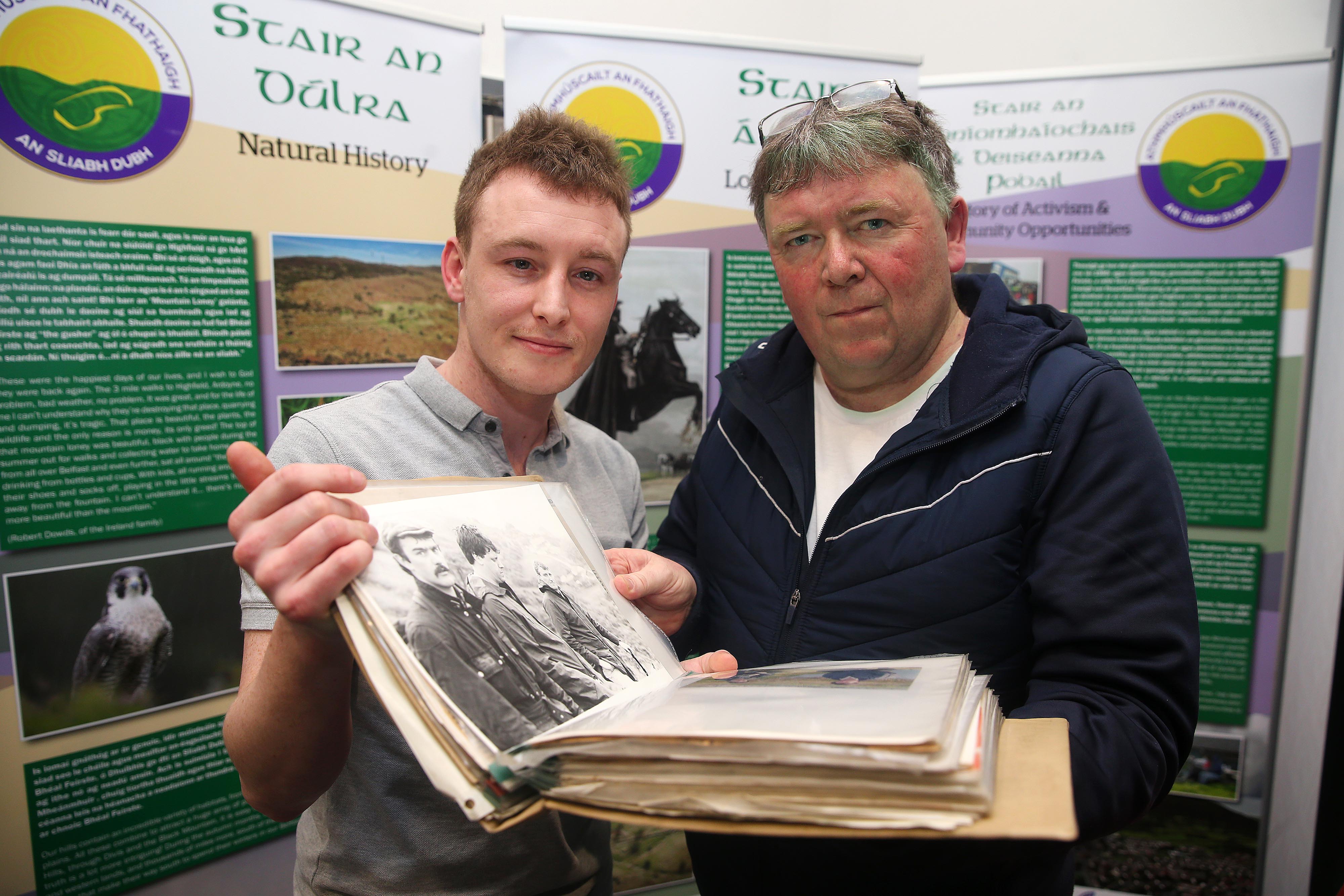 This environmental youth heritage project, was funded by the Heritage Lottery ‘Young Roots’ scheme and lasted 12 months, engaging over 150 young people from the Upper Springfield, and further afield.

Celebrating over 35 years of steadfast activism on the Black Mountain, and honouring those who committed their voluntary time and effort to halt quarrying on the Black Mountain – the Glór na Móna youth team shone a light on past victories and took the opportunity to reflect on this unique heritage and make it accessible and available to the community again.

Project Co-ordinator, Conchuir Mac Siacais, said: “The young people that took part in Athmhúscailt an Fhathaigh, as well as the local partners, are what made the project such a unique success. We worked with local environmental and heritage experts like Cormac Ó hAdhmaill, Gearóid Ó Muilleoir and the digital archivist Roddy Hegarty from the Cardinal Ó Fiaich library who facilitated practical workshops with our young people.”

Also speaking on the night was veteran environmental activist and champion of the Bog Meadows, Aidan Crean. He said: “I was completely blown away by this amazing youth project which both charts and continues the great work of Terry Enright and the Black Mountain Environ-mental Group while also making this valuable heritage material available to a wider audience. We have made great progress in recent years on the Belfast Hills which have been opened up and developed and are now enjoyed by hundreds of thousands of people annually. It would be a fitting legacy to the work of Terry Enright and Black Mountain environmental group, however, if this wonderful youth heritage project acted as spark to reignite the debate on the final piece of the jigsaw which would see Black Mountain fully opened up and returned to public ownership as an environmental amenity of outstanding natural beauty. It was significant that this fantastic event took place in Gael-Ionad Mhic in the Upper Springfield, where the most appropriate access point to the Black Mountain is situated.”