New Twaddell deal to be put to Ardoyne residents tonight 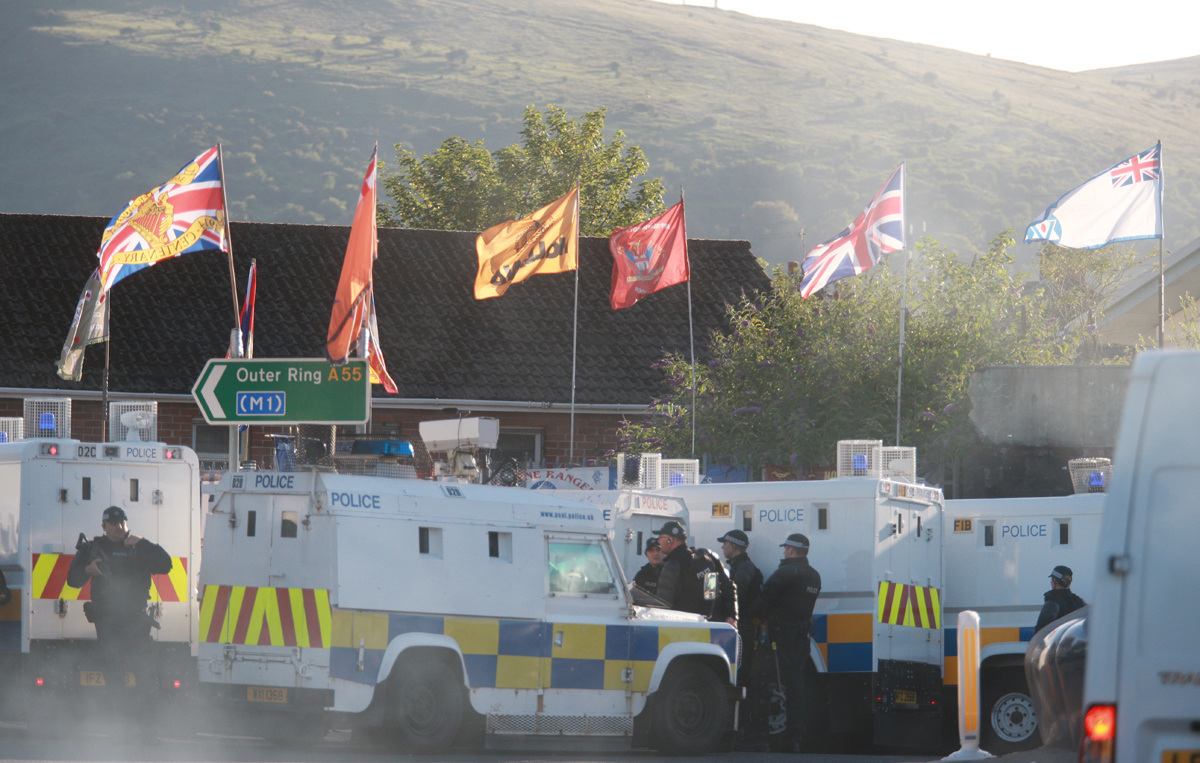 PSNI hold back the nightly protest at camp Twaddell

A DEAL that could see the protest camp at Twaddell in North Belfast dismantled has been resurrected and will be put to Ardoyne residents at a public meeting tonight (Friday), the Belfast Media Group can reveal.

Earlier in the summer hopes that a deal could be reached to remove the camp were scuppered when one of the three lodges involved in the protest – Ballysillan LOL 1891 – walked away from the accommodation that would have seen an early morning ‘return’ parade completed with an agreement that no other returns would be filed for until there was cross community agreement.

Since then, the main opponents to the deal have left the Twaddell protest and resigned from Ballysillan LOL 1891.

The new deal is understood to be based on the outline of the previous negotiations.

Leaflets inviting residents to a public meeting in the Houben Centre were distributed around doors last night (Thursday, September 23).

No one from the Crumlin Ardoyne Residents Assocaition (CARA) was available for comment.

Previously, the Greater Ardoyne Residents Collective (GARC) had said they would oppose any deal.