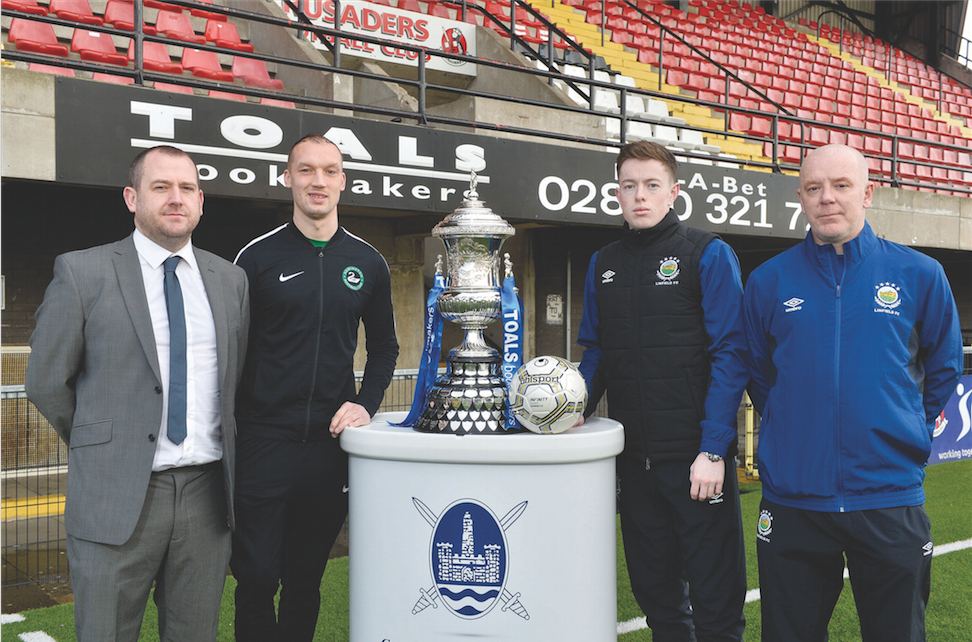 NORTH Belfast soccer fans are in for a festive treat this Christmas with two top local teams battling it out for prestigious trophies.
On Christmas morning Newington FC will take to the pitch against Linfield Swifts in the Steel and Sons Cup final at Seaview, while two days later, on Wednesday, December 27, Crumlin Star will play Downpatrick in the Border Cup final. The two cups are considered the pinnacle of amateur soccer and Newington manager Conor Crossan says he and his players can’t wait.
“It is the biggest cup outside the Irish Cup, there is something special about the Steel and Sons,” he said.
“If it wasn’t played on Christmas Day, it probably wouldn’t be as special. I have spoken to a lot of former players in recent weeks and they still talk about the games they played in. Some great players have played for Newington and never got close to winning it.”
Crumlin Star player Joe McNeil said the club has two huge fixtures over the Christmas period, the Border Cup final followed by a tie against Ards in the Irish Cup on January 6.