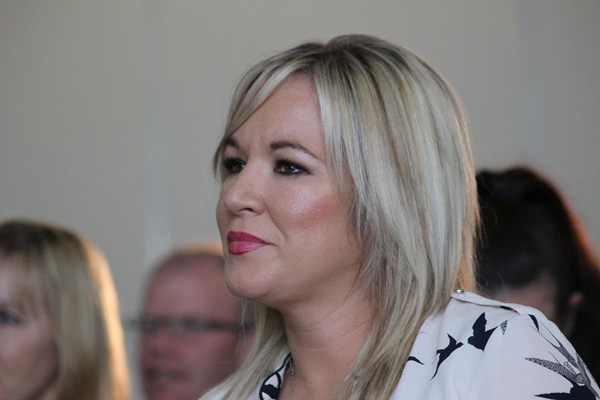 THE north will go to the polls on Thursday, March 2 to elect a new Assembly after Secretary of State James Brokenshire yesterday triggered an election – as expected.

Mr Brokenshire was legally obliged to call the election after negotiations failed.

Sinn Fein did not nominate a Deputy First Minister to replace Martin McGuinness, who resigned a week earlier after DUP leader Arlene Foster refused to stand aside while an investigation was carried out into the botched Renewable Heat Incentive (RHI) scheme.

Speaking in the Assembly, Sinn Fein MLA Michelle O’Neill said: “The Institutions can only function with the support of the people and can only operate on the basis of equality and respect.

“Sinn Féin will only be part of institutions which work and deliver for all in the community.

“There can be no return to the status quo.

“If something is broken, you stop and you fix it. That is the Sinn Fein approach.

“Today Sinn Féin will not re-nominate for the position of Deputy First Minister.

"Sinn Féin has honoured all agreements, we have striven to make these institutions work.

“Martin McGuinness has acted at all times with integrity, dignity and respect. He has taken personal and political risks to build a process of reconciliation.

“If we are to return to this chamber then there must be real change. There must be respect and equality for all sections of our people.

“These institutions must operate to the highest standards, with no place for arrogance, or malpractice.

"It is now over to the people to have their say."

Northern Ireland’s 18 constituencies will return five MLAs, instead of six as has previously been the case.