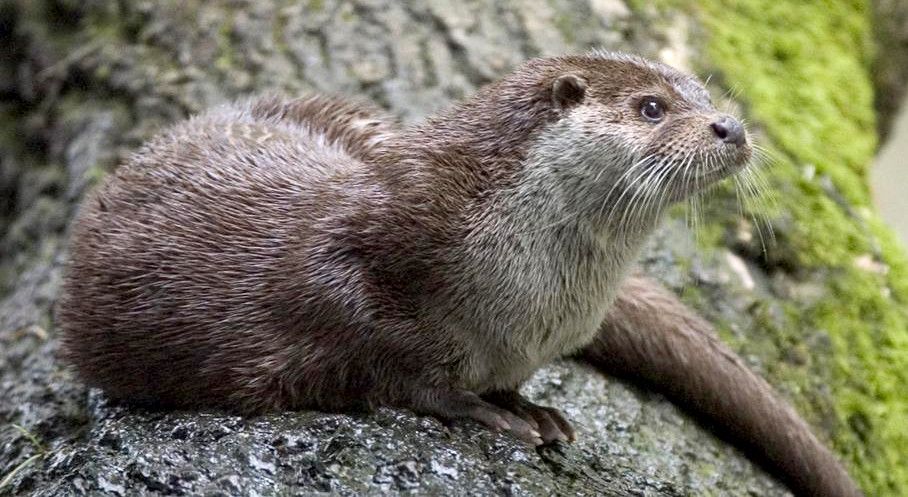 Until now. Because this cute and playful mammal has been entertaining visitors to one of Belfast’s most famous parks – the Waterworks.

Several readers who enjoy a healthy walk around the raised perimeter of the upper lake have managed to record the animals as they hunt/play in the water below.

Otters – madadh uisce or water dog in Irish – are mainly nocturnal but this family seems pretty happy to put on a display during the day. Dúlra spent an hour there this week, but wasn’t as lucky as the other readers. Still, even if no otters appear, this has got to be one of the best, most refreshing walks in the city, with so much wildlife all around you.

Ireland may be the otter’s favourite country in all of Europe – it’s believed to be more common here than anywhere else. It really should feel at home as it’s been here for 10,000 years. But you’d need to be very lucky to see it.

If the otters stay in the Waterworks – and as they are a family it appears they successfully bred this year – it could turn out to be a north Belfast tourist attraction to rival the zoo. Many people would love to see this truly wild animal playing in front of them in an inner-city lake.

In fact, if they really want to cash in on this fabulous animal, we could go the whole hog and rename it the Otterworks!

* Dúlra’s given the tadpoles in the sink in his garden such a great upbringing that three of them won’t leave.

Like the children who refused to grow up, they’ve been swimming around the crystal clear water for a fortnight now without any inkling that they’ll turn into frogs and seek their freedom.

During the early spring heatwave – already it seems like a mirage – Dúlra picked up a handful of spawn at Giant’s Park down by the docks. Their puddle had all but disappeared and an old Belfast sink in the garden would be their saviour.

Since then, he’s released about 300 frogs into the garden – at a rate of around 15 a day. The amazing thing about the tadpoles is that they didn’t mature at the same time – each morning Dúlra would find a handful of tiny frogs hopping about on the dry part of the tilted sink – and each would be lifted to freedom among the grass and rose bushes. He can only assume their delayed maturity must be a survival mechanism – if they all matured on the same day, the land couldn’t sustain them.

First ever time seeing a real wild Otter and it happens to be in the Waterworks. Amazing. #otter #waterworks @peasparkbelfast pic.twitter.com/77Od1Lk5jT

It’s an incredible phenomenon – like children taking different periods of time to reach adulthood – some doing it in five years while their siblings take 18!

Every morning Dúlra checks to see if the three last tadpoles have turned into frogs yet, but they’re always swimming about without a care in the world. They’re certainly safer where they are – the net over the sink means birds can’t gobble them up. But they better leave soon considering it’s September already – if they wait any longer the water will start to freeze over!

“I always see a bird of prey hovering at the Pond Park near Lisburn – is it a sparrowhawk? And where can I see a buzzard?” Marty.

Dúlra writes: I’ll have to go up and take a look, but it sounds like it’s a kestrel as sparrowhawks don’t often hover. Kestrels are beautiful birds which have become increasingly uncommon lately because of poison left out for vermin, which they feed on. As for buzzards, keep an eye on the summit of Black Mountain or Cavehill and you’ll definitely spot one – especially from the area around the Upper Springfield Road.