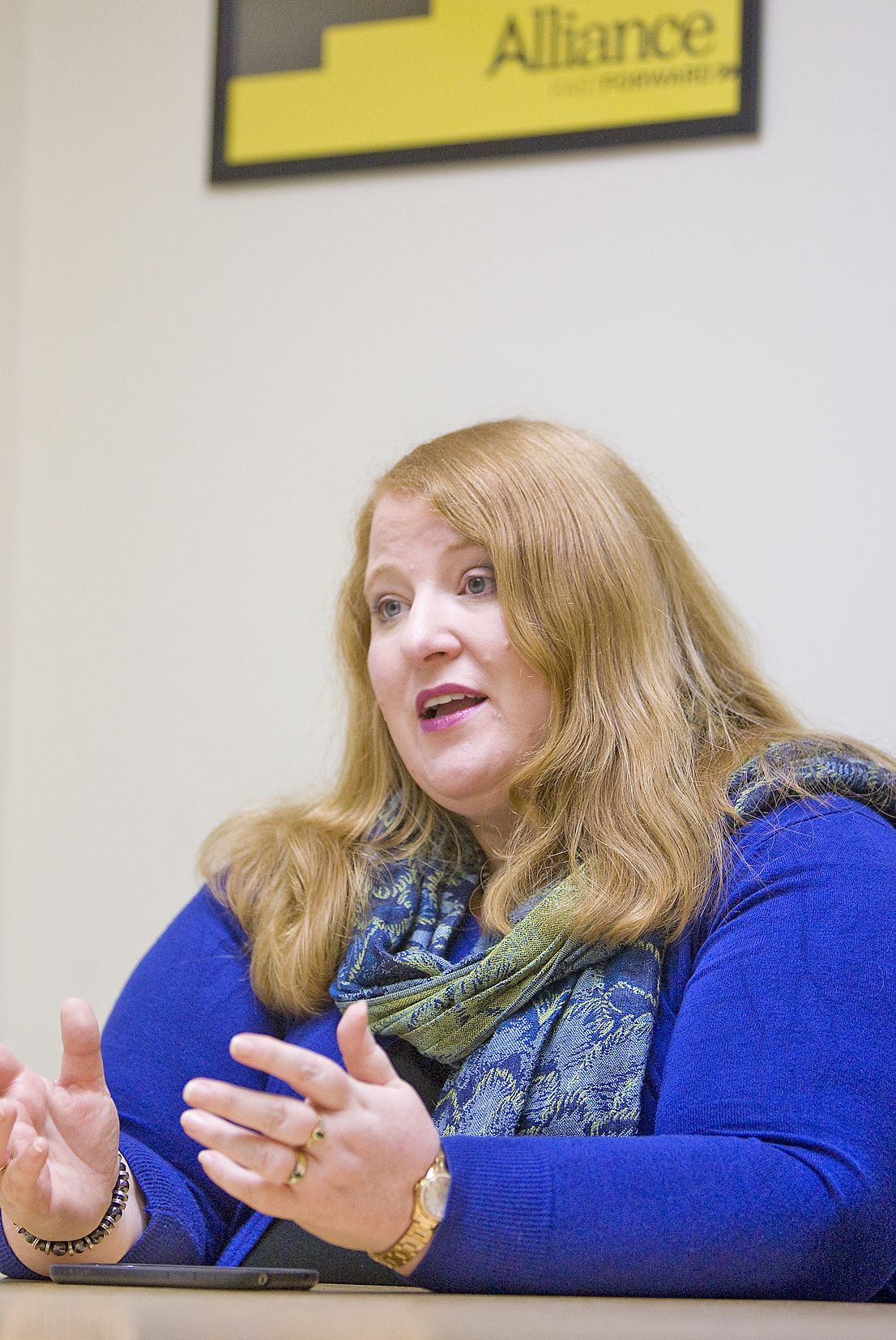 OFFER: Naomi Long told campaigners that her department would take on administrating the victims' payment scheme

THE letter of Westminster Law has meant that Michelle O’Neill must accede to designating a Stormont department to administrate the injured victims’ payment scheme. She had delayed doing this due to issues of eligibility to and financing of the scheme, issues which remain unresolved.

Any nuance or argument were for the most part lost in public discourse as the case had been brought by Jennifer McNern who cut a dignified and sympathetic figure outside the Belfast courts as she felt forced to take the case when it became clear that Sinn Féin was preventing the scheme beginning in May.

That a department has now been designated, however, does not resolve the issues at stake. Naomi Long may well regret being so quick in May when she offered to take on administrating the scheme in the Department of Justice when approached by injured campaigners, as the scheme does not fit in Justice.

IRSP support calls for “Troubles Pension” to be provided to everyone affected by the conflict.

“Our entire society and in particular, our working class communities bore the brunt of the violence during the conflict here.”https://t.co/8wjn8AMZvj

Determining a process which will filter those who are not automatically entitled to the pension and have to go and face an appointed panel, because they once served a sentence or may not be “appropriate”, falls on to department officials too. The “guidance” issued by the Northern Ireland Office does not help in this regard. Will every applicant declare convictions or the belief that there might be issues that make them inappropriate? Or will every applicant be subjected to PSNI/Military Intelligence vetting before they go into the acceptable applicants vs the unacceptable applicant piles?

Multiply complexity regarding this by 100 if the applicant’s injuries were sustained in prison or a holding centre.

How will the process support bereaved families? One member of the family may be eligible for the payment because they were at the scene when a loved one was killed, but the rest of the family will not.

Cruel doesn’t begin to address this issue or the fall-out.

Abercorn bombing survivor Jennifer McNern, one of those who took the legal challenge against the executive office over the Troubles pension, says comments by @M_AndersonSF were “very hurtful” to victims & survivors. She says she doesn’t want apologies, just get the pension going

Victimhood is complex and multi-layered. But that does not matter to a British government in London whose only interest in our shared past is to project a pair of clean hands, deny wrongdoing and secure impunity for its own forces and decision-makers.

Local parties, however, understand that these are hugely contested issues and any system needs to address complexity and embrace the widest nature of experience. For them, their biggest challenge now is how to make bad law from Westminster fit. And the truth is, sadly, that it cannot.

The scheme is likely to cost at least £800 million. This is a modest conjecture, though, as there is currently no idea how many people live with conflict-related psychological injuries that are permanent and over 14 per cent on these islands. And so far, London, despite hurling this legislation on to Belfast, is unforthcoming with as much as a brass farthing.

Stormont is undermined by this legislation in fundamental ways. And it sets an unpalatable precedent for devolution.