Over 30 parking warnings outside St Kevin’s 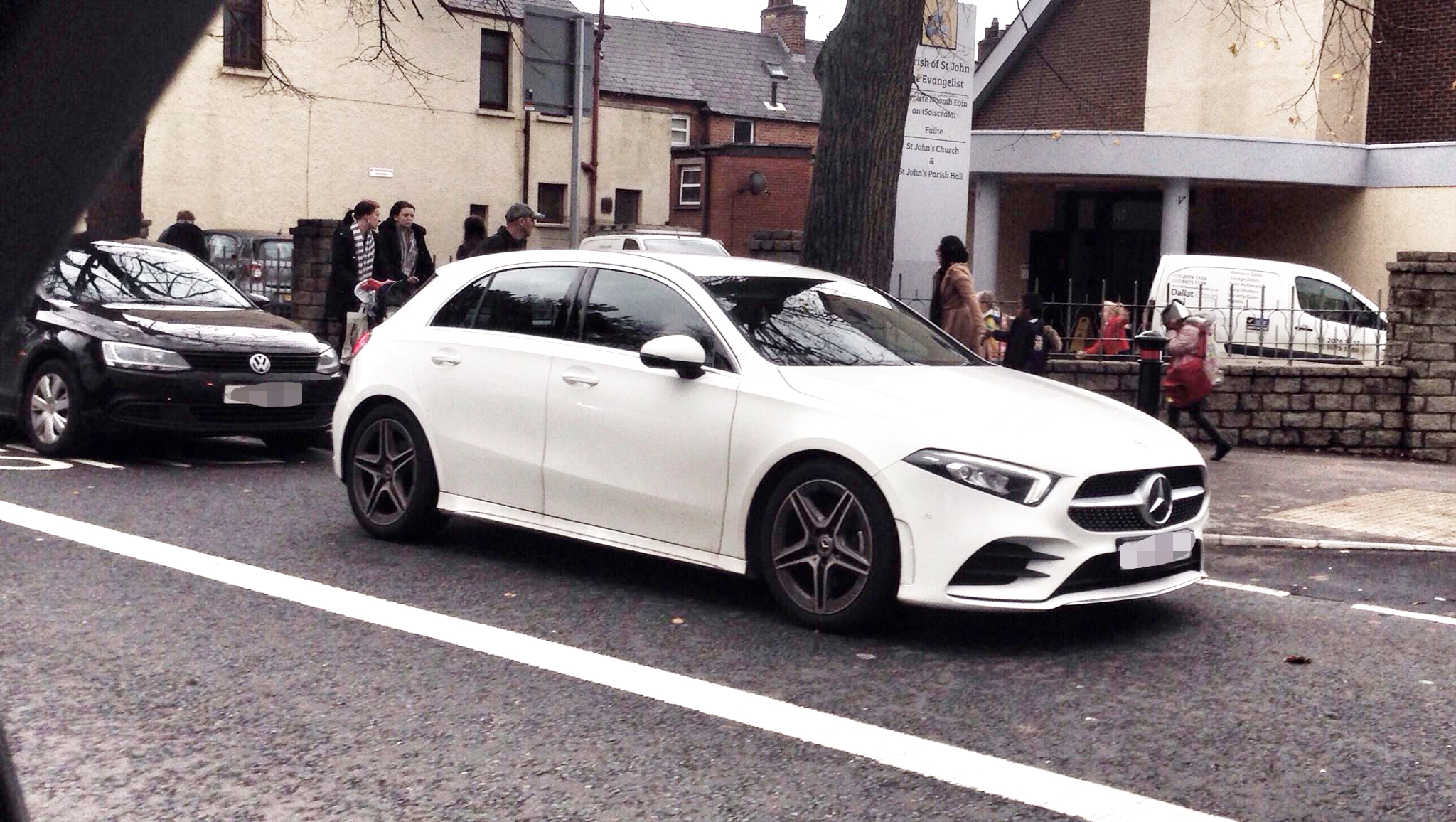 NO-GO: Cars parked on the bus lane on the Falls road outside St Kevin's Primary School

PARENTS dropping off children at St Kevin’s Primary School have been issued with over 30 warnings in the past week for illegally parking in the new bus lane to accommodate the Glider service.
Thirty-two VDAs (Vehicles Driven Away) were distributed to motorists, who predominately appeared to be parents or carers taking children to and from school, illegally parked in the vicinity. VDAs means that a vehicle is detected parked in contravention of a restriction but the vehicle is driven away before a Penalty Charge Notice can be issued. On Tuesday November 6 a total of seven warnings were given, rising to nine on Wednesday and 11 on Thursday before dropping to five on Friday. No penalty notices have been issued.
The Department for Infrastructure (DFI) issued a warning to parents when the bus lanes were introduced. The new Belfast Rapid Transit bus lanes operate between 7:00am and 7:00pm, Monday to Saturday.
“Anyone who drops off or collects pupils from school should be aware that they are not allowed to drive or stop in the new bus lanes during their hours of operation,” the Department previously warned. “However, there are gaps in the bus lanes to allow access to side streets. The Department asks everyone, including pupils, to take extra care until they are familiar with the new arrangements.
“The Department is working to encourage more sustainable transport to school, including walking and cycling. The Department’s Road Safety Team will be contacting all primary schools along the BRT route offering to come along and speak to pupils and staff about safe, sustainable travel to school.”
In the weeks after the new bus lanes became operational residents living near St Kevin’s school complained about parents parking in their streets in the early mornings and afternoons. Other parents have taken to parking in the nearby City Cemetery.