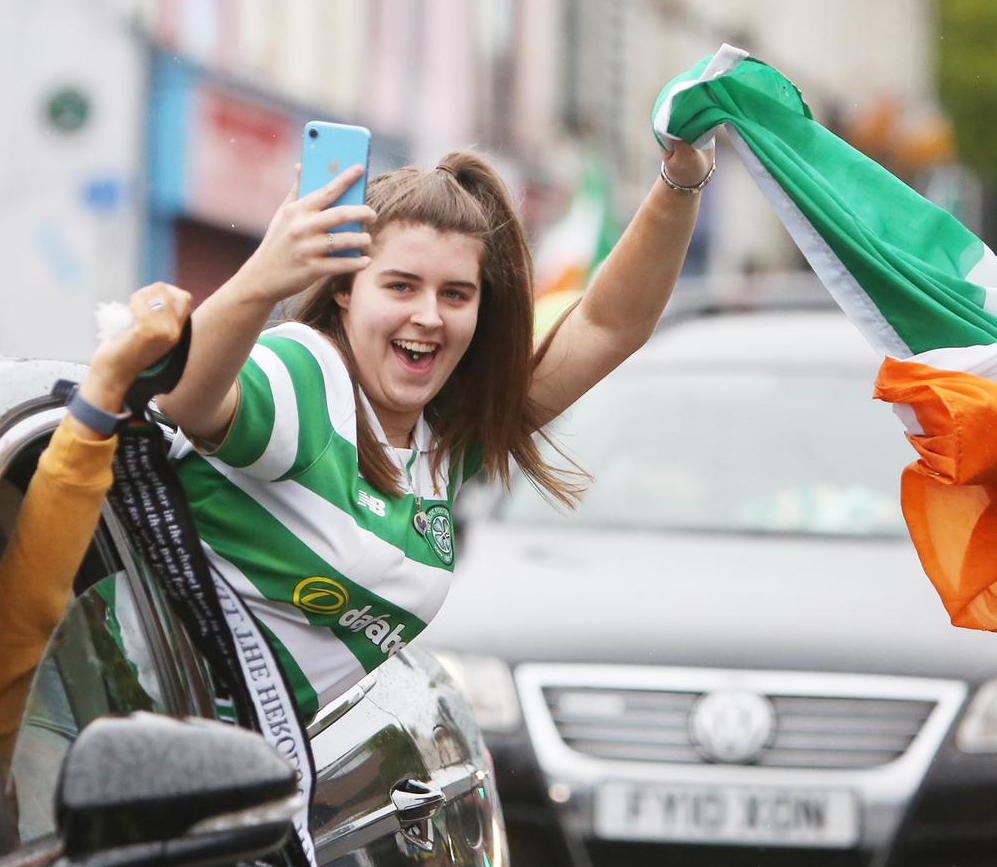 The Éire Go Brách man, who (just about) remembers the last nine-in-a-row spectacular which came to an end in the seventies, says the victory will spur a new generation of Celtic fans.

Over half a million people have viewed an Andersonstown News Facebook video of the spontaneous Celtic cavalcade which greeted the Hoops' nine-in-a-row league triumph yesterday.

The Glasgow side were crowned champions of the Scottish Premier League on Monday when the SPFL ended the season and awarded the title on a points-per-game-average to the Celts.

With this week's victory, Neil Lennon's side have matched the nine-in-a-row achievement of Jock Stein's legendary Lisbon Lions — and now have their eyes firmly set on ten-in-a-row.

"It's a massive achievement and is fully deserved," says Aidso Digney of Éire Go Brách CSC. "We thought we had been set back when Brendan Rodgers went to Leicester. To be honest, when Neil Lennon was appointed we were underwhelmed. But he has done a fantastic job. In fact, Celtic are also on the cusp of a potential quadruple treble and could potentially go on to win the League Cup and Scottish Cup

"As a club, Éire Go Brách are inundated with groups of young people who want to go to Celtic Park. So in terms of the future of local supporters clubs and in terms of Celtic Football Club, we are attracting a whole new generation of Celtic fans. The cavalcade through West Belfast, where you could celebrate and observe social distance, was a message from Celtic fans to the younger fans and has been magnificently received."

Aidso says he would dearly love games to restart at Celtic Park this year.

"To me, though, games without fans are meaningless," he said. "I didn't even bother looking at the Bundesliga behind closed doors at the weekend. So we would dearly love to take fans back to Celtic Park this year but I can't give anyone that guarantee. What I can say is that the safety of  our members and our visitors is paramount and that will guide our actions."