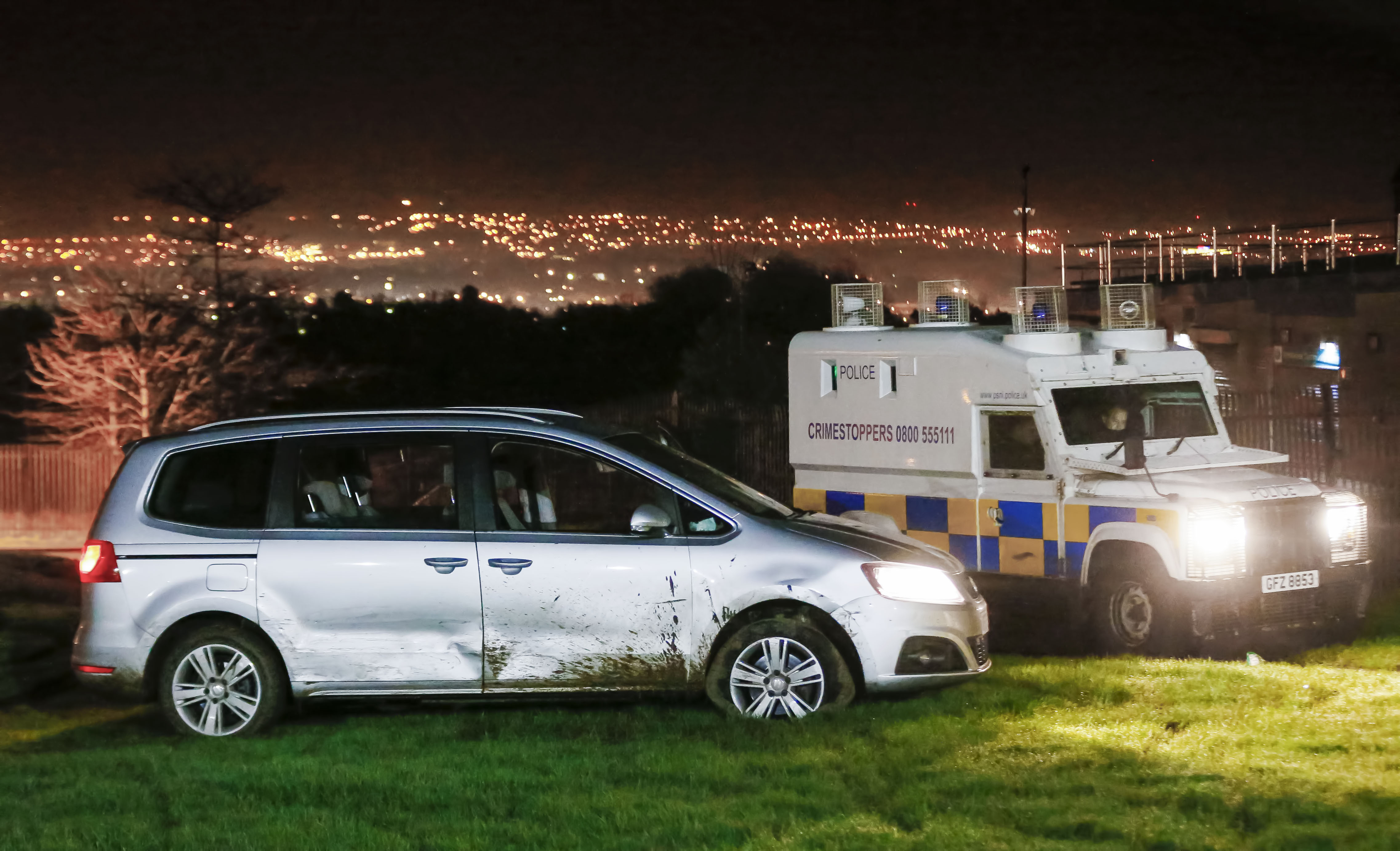 A teenager in a stolen that collided with two police vehicles, injuring four officers, escaped by wading through a river and hiding on the roof of a bus depot, Belfast Magistrates Court heard yesterday.

An investigating detective gave evidence that a silver Seat Alhambra was stolen from a house in Bladon Drive off the Malone Road on Friday evening. It was spotted some hours later by police on the Glen Road in West Belfast and a pursuit began.

After a high-speed chase the vehicle suddenly braked and reversed into the pursuit car, injuring two officers. An officer exited his vehicle and smashed the windscreen of the stolen car and sprayed CS gas at the two males inside, at which point the Seat took off again.

The stolen car headed towards the Whiterock district at speeds of up to 80mph, tracked all the while by a police helicopter overhead. A second police car took up the chase and at one point the Seat drove into the side of the police vehicle, causing two more injuries and extensive damage. The stolen car was abandoned a short time later at Whiterock Close.

The youth, who can’t be named because of his age, was said to have been soaking wet at the time of his arrest, leading police to believe he had waded through a river to make his escape.

“He reappeared at the Falls bus depot, hiding on the roof of the depot, and was then detained,” said the investigating detective. “Police would say that he went to extraordinary lengths to avoid them on the night in question.”

The two are charged with six counts of aggravated vehicle taking, while Devlin is further accused of driving while disqualified and without insurance.

But Judge Fiona Bagnall refused bail and said she believed there was a “strong danger” to the public if the police version of events was correct. She remanded them both in custody to appear again by video-link on February 8.

As he was led away, Devlin uttered a number of swear words and shouted “Tiocfaidh ár lá.”