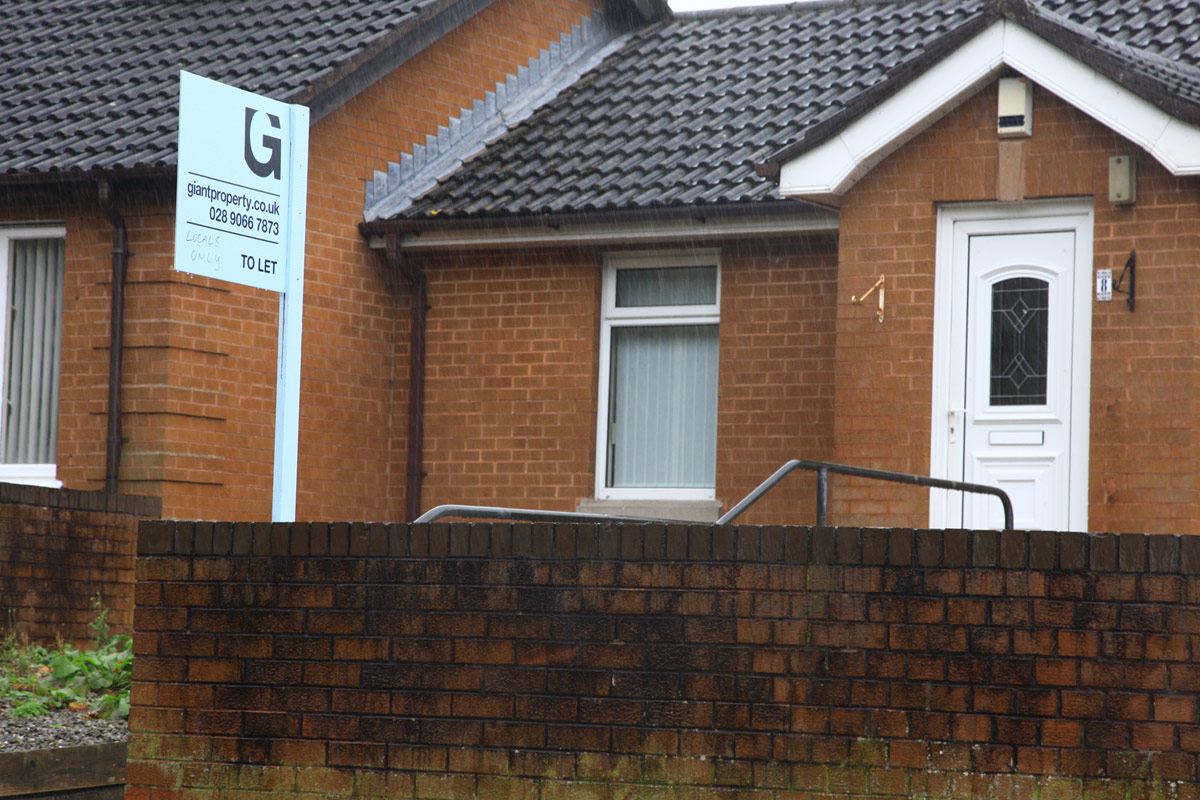 There has been widespread condemnation of the racist thug  behind graffiti on a house-to-let sign in South Belfast that stated ‘locals only’ should apply for the property.

The message was scrawled on to the to-let sign in the Malton Drive area of Taughmonagh last week, prompting community workers and politicians alike to criticise the graffiti, branding it as racist.

Alliance Party MLA Anna Lo said she was “disgusted” by the writing on the sign in the staunchly loyalist estate.

“It is a real shame because there has been a lot of good work carried out in the Taughmonagh community over the past several years to promote positive relations between people of all ethnicities.

“But it indicates that there is still a lot of work that needs to be done and things like this strengthen my resolve to combat racism in all its forms. People who come here from other countries tend to be those with skills anyway, so we shouldn’t push them away like this.”

Ms Lo said the writing on the sign was a throwback to the “bad old days”.

“It’s disappointing that we are sitting here in 2011 and people are still getting on like this. We are clearly still playing catch-up in Northern Ireland – other areas have embraced diversity and multiculturalism, allowing it to flourish, whereas many here are not like that yet.

“There is a lot of prejudice here and we need to face the facts that globalisation is happening, so more people want to come here to live and work. That’s a great thing that needs to be embraced rather than feared or resisted.”

Patrick Yu of the Northern Ireland Council for Ethnic Minorities said he “utterly condemned” the writing on the sign.

“The simple fact is, whoever wrote this on the house sign is breaking the law. Much like the off-licence in Derry last month that had a sign saying foreign nationals had to produce ID, this is contravening the Race Relations Order, which prohibits discrimination on racial grounds.

“You tend to find people behind this sort of incident hear a lot of misinformation about ethnic minorities and believe them, provoking them into this sort of outburst. What they should do is educate themselves as to the benefits of immigration and embrace change.”