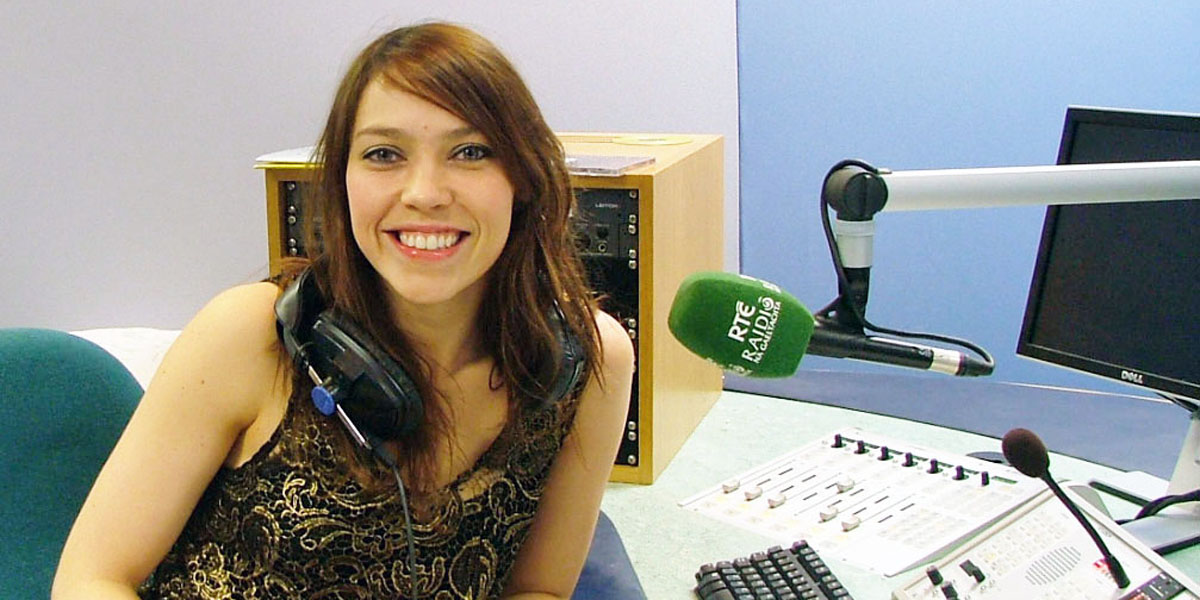 A young Belfast Gael’s star is on the rise after landing a plum role as presenter of a new radio series.

Belfast musician Méabh Ní Thuathaláin will be a new voice on the national airwaves when she presents the radio series Ceol na mBán about women and traditional Irish music, starting on RTÉ Raidió na Gaeltachta this Saturday,  February 9.

Méabh, a young fiddler from the Ormeau Road, will  speak to a range of female Irish musicians about their  experiences as women traditional music players for the six-programme series.

“The idea for this series came from my own experiences as a female musician playing traditional music all my life, and I felt that it was a topic that hadn’t received too much attention to date but was a conversation that needed to take place,” she said. “I’m very grateful to all the musicians who contributed to the series, who showed a great interest in the subject and were prepared to share their opinions with me, and with the listeners.”

Méabh was brought up in an Irish-speaking household in Belfast and attended Bunscoil Phobail Feirste and Our Lady and Saint Patrick's College, Knock. She started out playing on the whistle when she was very young, and started on the fiddle when she was seven. Her father taught her fiddle initially, and she subsequently went to classes with Derry fiddler Síle Boylan.

Méabh has spent time working with media organisations Raidió Fáilte and Nuacht 24 in Belfast. She is currently living in Galway and working as a journalist with the Irish-language newspaper Gaelscéal. She is a regular at sessions in Belfast when she’s home.

Ceol na mBán focuses on flute, harp, fiddle, box, pipes, whistle and concertina and one of the topics under discussion is the popularity of certain instruments amongst women – or men – and the reasons for this.

The guest musicians also share their opinions on the status of women in traditional music, the difficulties women had in the past with playing in public and the reasons as to why there are far fewer commercial recordings made by women than men.

The role of women as mothers – and how that may conflict with the life of a musician – is another important subject addressed in the series.

Ceol na mBán will be broadcast at 6.30pm on Saturdays, starting on  February 9.