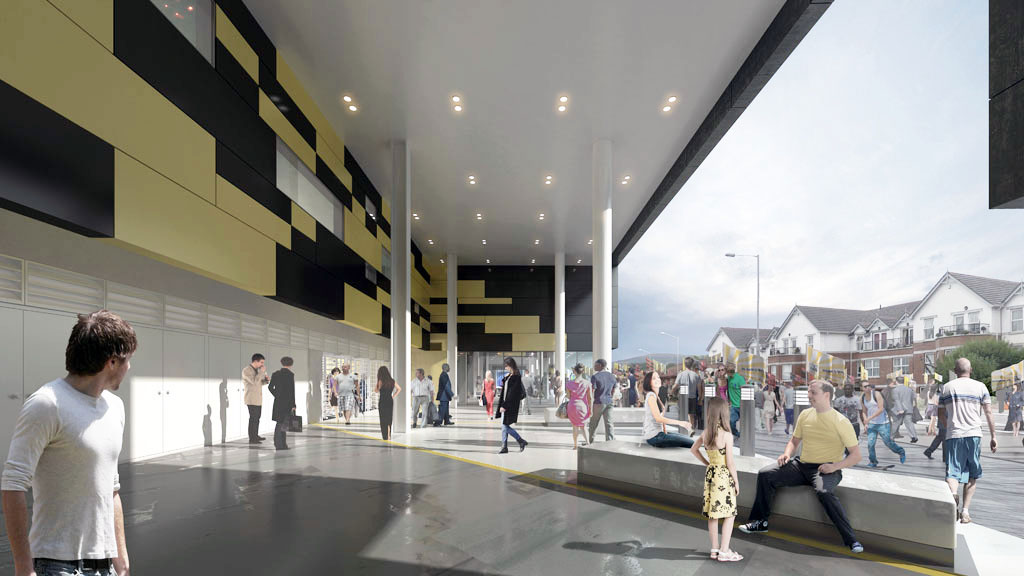 A judicial review against the granting of planning permission for the new Casement Park could cost residents between £13,000 and £60,000 – even if they win.
MORA (the Mooreland and Owenvarragh Residents’ Association) will have their appeal against the Department of Environment, who granted planning permission for the £70 million redevelopment, heard in the High Court on September 9.
Despite some high profile members of MORA leaving the group in April due to the decision to pursue the judicial review, the 12-strong MORA executive remain committed to fighting the decision in the courts
Judicial reviews can only determine whether the process by which planning permission was granted followed relevant rules and regulations. So the decision made by Environment Minister Mark H Durkan back in December 2013 will either be upheld or thrown out, meaning September 9 becomes D-Day for both residents and the GAA. Mr Justice Seamus Treacy will decide whether the Casement Park redevelopment goes ahead.
Judicial reviews can be extremely expensive, with legal bills often running to well over £100,000. A document obtained by the Andersonstown News suggests the GAA and the developers Heron Buckingham are anticipating legal costs on both sides to exceed £100,000.
But MORA insist these estimated legal fees are grossly exaggerated, with their legal bill already agreed at half that cost.
“The figures you have are incorrect,” said Dominic McSherry, vice chairman of MORA.
“The total cost for our legal team through to final hearing is £48,000, which the MORA Committee has already raised through fundraising.
“We also received a Protective Cost Order (PCO) recently from Judge Treacy which means that in the event that we lose the judicial review, a cap of £10,000 has been placed on the other side’s legal costs that the 12 member MORA Committee would be liable for. We are currently in the process of raising these funds (if required).
“However, if we win the judicial review the DoE will have to pay compensatory costs to the MORA Committee of £35,000.”

Concern
Even under those circumstances a successful review would cost MORA £13,000 and a loss an eye-watering £60,000.
MORA split over the decision to pursue a judicial review back in April, with some fearing residents would be left to foot the bill should the review be unsuccessful. Another concern was the loss of a bargaining position, if a judicial review failed.
“A key issue here is that these costs are being born by those local residents who have voluntarily chosen to bear them, so that they can get the planning decision overturned and get the GAA to revise their plans and build a smaller stadium with a 25,000 capacity, that the local residents can live with,” said Dominic.
“The judicial review will cost MORA about £60,000. All the money raised to date (£48,000) within the local community has been on a voluntary basis, and this is what the local residents decided that they wanted to do. People are entitled to spend their money in any way that they wish, and no pressure has ever but put on anyone to contribute to these costs.
“The minority of residents who don’t believe in the judicial review simply haven’t contributed to these costs, and that’s their prerogative.”
A letter to residents from former Environment Minister Alex Attwood suggests the SDLP man is of a view that a judicial review would be unsuccessful.
“The DoE approach will have been to manage the [Casement] file… to reduce the risk of a successful legal challenge,” wrote Mr Attwood in April.
“I have said to the people I have met that there were recent decisions where the Courts were mo­re swayed by the arguments of the DoE than those challenging a planning decision.”
But Dominic McSherry is unmoved by Alex Attwood’s letter.
“The judicial review is being taken against the Department of Environment, and the approval granted by Mark H Durkan of the SDLP. So, it is no surprise that the former SDLP Environment Minister Alex Attwood, who was involved in the early stages of the planning process, believes that our judicial review will not be successful.
“However, the independent High Court Judge Seamus Treacy, who is examining the eight grounds of our case might take a different view, and bear in mind that we only have to be successful on one of these grounds for our judicial review to succeed,” he added.