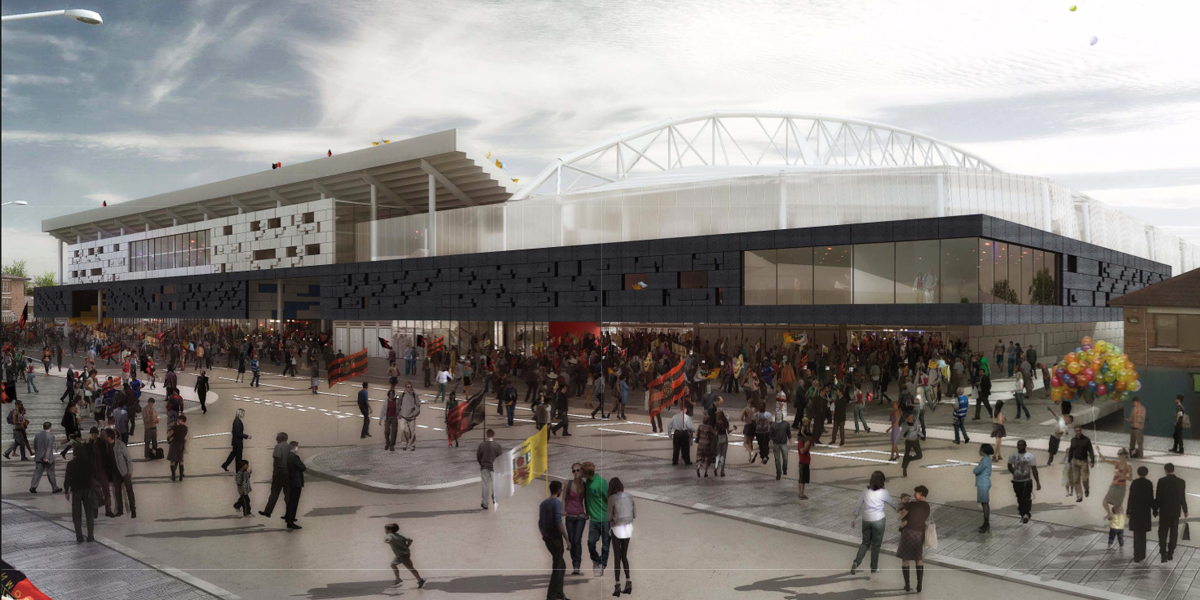 Residents living close to Casement Park remain angry and frustrated at the design of the proposed new stadium.

Speaking to the Andersonstown News, members of the Mooreland and Owenvarragh Residents’ Association (MORA) alleged that the GAA have cut residents out of the consultation process and that no input from people leaving near the stadium was  taken on board.

They also argued that the new Casement would exceed any capacity Ulster GAA would ever require and that ‘multiple’ concerts would take place there.

But Ulster GAA have strongly hit back at these claims.

“The consultation process with residents and other key stakeholders started in April 2012,” said a spokesperson for the stadium board.

“Monthly meetings and information were provided to the MORA group and others throughout the process.  Residents’ concerns and feedback were tabled monthly at meetings of the project board in conjunction with meetings of the Stadium Community Engagement Committee and as a result of this information [several] issues were incorporated into the stadium design.”

Regarding the future use of the stadium, residents have been frustrated that they have not seen the business plan for the facility, which they believe indicates it will be used frequently for large and disruptive concerts.

The GAA countered that the business plan was “commercially sensitive” and that “while the stadium will be able to host concerts, the GAA are not expecting a significant demand for concerts and the principle activity of Casement will be the playing of Gaelic games.”

Residents have been attending a series of information days held by the not-for-profit Community Places organisation, which helps and advises individuals and community groups on  often complex and expensive planning matters.

When the Andersonstown News attended an information day at St Agnes’ Parish Centre last week, some residents struggled to maintain their composure as they expressed their anger at what they see as major flaws in the stadium design.

The height of the new stadium and its proximity to homes were chief among their concerns, along with a long list of other issues,  including access to  homes on match days, traffic management in an already built-up area and the potential disruption caused by building work and concerts. The information days  gave residents an opportunity to express their concerns about the new stadium, with Community Places advising on planning policy and options.

A final decision on the stadium will be made, probably by Environment Minister Mark H Durkan, later this year. The GAA aim to have the new stadium completed by 2016.