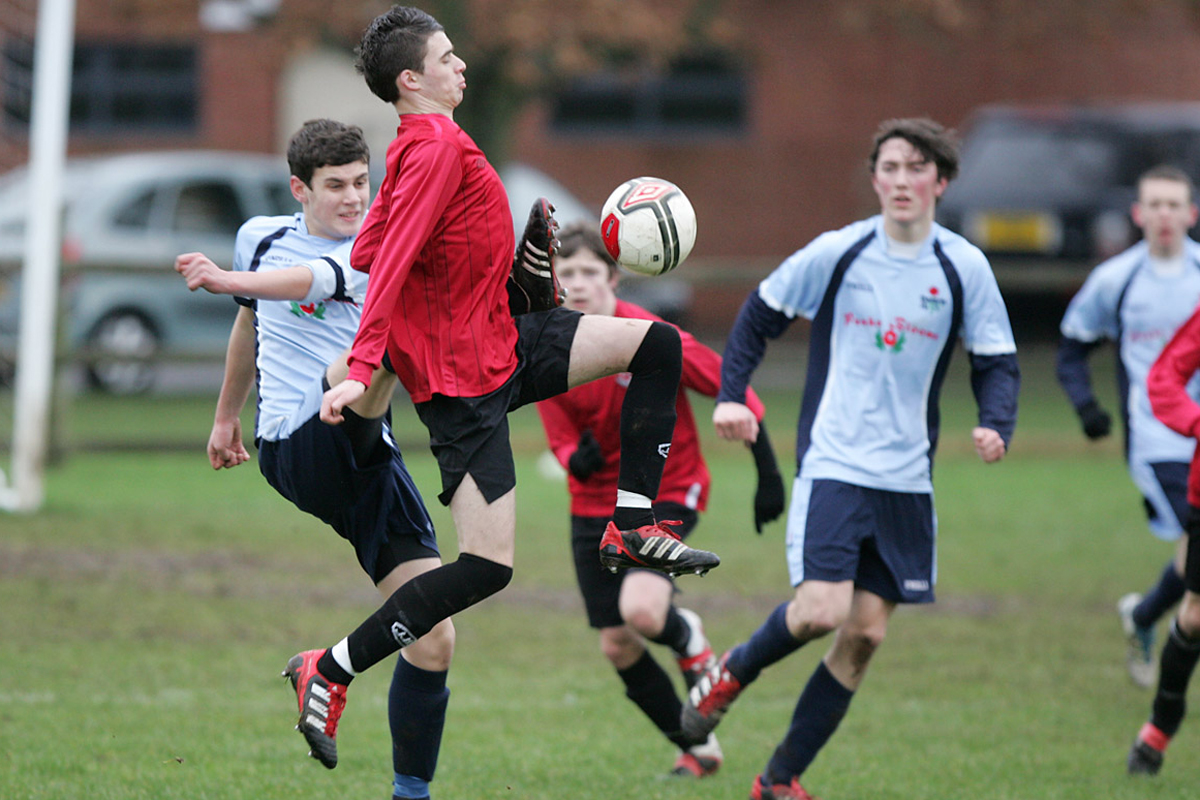 A fancied Crusaders side arrived at Ulidia on Saturday morning hoping to take their place in the quarter-final of this season’s NIBFA Cup.

What they hadn’t bargained for was a Rosario side able to outplay them in every position of the park.

In the opening minutes Crusaders stroked the ball around purposefully, but after five minutes Rosario, who by this stage were gaining a lot of confidence, won a corner.

The in-swinging ball from Whiffen caused havoc in the Crusaders defence and as the ball fell invitingly for Francis he lashed it home with a wonderfully executed left-foot volley.

For the next 15 minutes the game produced a series of Rosario attacks as they set about their opponents with class, determination and a collective spirit that was the foundation of their success.

On 25 minutes, the magnificent McGonigle glided beyond two tackles and from 22 yards unleashed a beast of a shot, which hit the back of the net before the keeper had time to react.

Rosario were in total control at this stage and went on to miss a number of good chances before the half time whistle sounded. Half-time 2-0.

The second period saw a Rosario side brimming with confidence and they played with fantastic discipline and character, resulting in Crusaders relying on speculative efforts, which never troubled Hynes in the Rosario goal.

Rosario, on the other hand, continued to look dangerous every time they attacked and only for some excellent, last ditch defending by the Crusaders rearguard, the score may well have shown a clearer indication of Rosario’s superiority.

For Rosario it was difficult to select any dominant performers as the entire team produced a performance that gave a clear indication as to how good this team is becoming.

The mix of power, pace, technical ability and team spirit will make them no pushover for anyone remaining in this prestigious tournament.