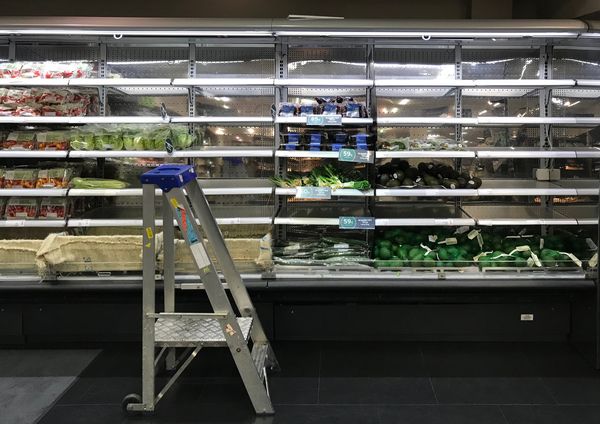 The increased chatter about Irish unity in the past few weeks is striking. Some of this is of the ‘soft’ unity variety:  the pragmatic call for a common approach to preventing fresh imports of the COVID virus and its variants on to the island of Ireland.

As the pandemic deaths reach shocking levels north and south, frustration grows at the lack of basic co-operation, whether it is with the failure of the Republic’s government to share passenger locator data, or with the ‘open-borders-within-all-of-the-UK’ mentality that holds sway in the North. This will rumble on in the absence of an agreed coherent strategy to suppress the virus across the island.

A much bigger driver of the unity chatter is, of course, Brexit and the out-workings of the Ireland/Northern Ireland Protocol, in particular the Irish sea border that Secretary of State Brandon Lewis denies exists.

"Northern Ireland is already heading for the exit door. By remaining in the EU single market, it is for all economic intents and purposes now slowly becoming part of a united Ireland … The politics will follow."

Brexit has provided lots of opportunities to develop post-truth politics. It is of little comfort that Lewis and Johnson are not quite in the league of Agent Orange – what a relief he’s no longer in office! According to the Washington Post’s tracker, Trump chalked up over 30,500 ‘false or misleading claims’ in four years, 4,000 of which were in the two weeks leading up to election day (3 November).

As Yale historian Timothy Snyder reminds us, post-truth is pre-fascist. After the election, Trump established the ‘big lie’ – that he had really won – and used this to incite the physical takeover of the Capitol Building. Trump has gone, but the big lie remains, as do the 393 million firearms in private hands.

Back to unity chatter. Take the position of Captain Austerity, aka George Osborne. On 20 January he wrote: "Northern Ireland is already heading for the exit door. By remaining in the EU single market, it is for all economic intents and purposes now slowly becoming part of a united Ireland … The politics will follow."

So, forget about the North but hold on to Scotland by refusing to hold another referendum. Osborne is keen to blame unionists for their "short-sighted support for Brexit" and "unbelievably stupid decision" not to support Theresa May’s deal. But at this stage, he argues,"‘most here and abroad" do not care about the unionist cause. PM Johnson knew that there was no danger to himself in agreeing to the Irish Protocol – a poll of 900 Tory party members in June 2019 revealed that a clear majority were content to see Northern Ireland leave the UK if it meant securing Brexit (59 per cent). An even bigger majority supported Brexit at the cost of Scottish independence (63 per cent).

NO SUPPORT FOR UNIONISTS

This is not to say that there is no support for northern unionists in London even in the wake of Brexit. After all, Johnson is the self-appointed Minister for the Union. This may be symbolically useful but it appears, in practice, to be as meaningless as his promise on the Withdrawal Agreement that, “There will be no forms, no checks, no barriers of any kind. You will have unfettered access.” His latest announcement as Minister for the Union – on drugs – bears no relation to the union whatsoever (it only refers to English cities plus Swansea).

He may decide to revive promoting the union for real, but at present seems more focused on the bad psychology of insulting SNP MPs at every opportunity. Meanwhile, Tory MPs stare back in silence as the forlorn MP for North Antrim asks: "What did we do to members on those benches over there to be screwed over by this protocol?"

If Johnson himself is an unreliable caretaker of east/west unionism, is there anyone else? Gove, after all, could be seen as an ardent unionist given his vehement opposition to the GFA which he described as an act of ‘appeasement’.

Gove is a founding member of the think tank Policy Exchange which produces ideas that are often reflected in London government initiatives. If the Minister for the Union is short of ideas, he may want to turn to Policy Exchange’s 2019 report on ‘Modernising the UK, Unleashing the power of the Union’.

Brandon Lewis fired the NI 100 starting pistol yesterday on the website of a hard-right Tory think tank, Policy Exchange. He also took the opportunity to announce he's going to implement an amnesty for British soldiers here. Very positive and progressive.

Much of this is about the funding of infrastructure and, as expected, "examining the business case for a toll-free bridge between the Island of Ireland and Great Britain" is listed. There are ideas for replacing EU funding and for economic liberalisation. While further ‘devolution’ is mentioned, this is mainly about ‘city deals’ and England.

The difficulty with much of this is the presumption that rolling out broadband and railways, for example, will reverse ten years of austerity, tax breaks for the top 30 per cent, and the debacle of Brexit which is plainer by the day – as are the lies surrounding it. Besides, it is difficult to build belief in the union when it is overseen by the incompetence and policy choices on display throughout the pandemic.

The saddest part of the Policy Exchange report is what we’ll call the section on ‘Dippy’ cultural ideas. Most of this is about sport and ensuring that events of ‘national interest’ are broadcast on free-to-air channels. Material in art and museum collections should form ‘roving exhibitions of objects of the UK’s cultural heritage’, such as ‘the 2018 national tour of ‘Dippy’ the diplodocus skeleton usually on display at the Natural History Museum’. (Do we need any more dinosaurs? I hate to point out that this is not even British, but is a plaster-cast copy of a fossilised skeleton discovered in Wyoming in 1898).

Dippy is a skeleton of 292 pieces of bones made of plaster-of-paris. It is dark grayish brown in color. It stands in a height of 22 feet and 84 feet in length. See more @ https://t.co/mZCNh9BwqT#rareresource #dinofact #dinosaur pic.twitter.com/JsDaJXRLZJ

The North’s place in all of this is to produce ‘exhibitions with themes ranging from the Titanic to Game of Thrones’. It is recommended that Remembrance Day is designated as a bank holiday across the UK.

If this sums up the state of thinking on the union among London policy élites – ‘Northern Ireland is lost’ vs ‘the union can be strengthened’ – what does the debate look like within Northern unionism itself?

One view is that Irish unity is never going to happen so let’s not waste energy debating the matter – variants include, ‘we must fix NI first’. The other view is that a border poll may be called, sooner or later, so it is important to form a local think tank of academic researchers and others to assemble the evidence on the merits of the union, Policy Exchange’s efforts notwithstanding.

A flicker of this appeared in the News Letter (25 January) where Uniting UK’s focus group research revealed that: "Unionism is seen as backward looking, a thing of the past and embarrassing. There were no potential positives to be built upon or on which to create outreach." Not an encouraging start.

The short-term focus of the DUP is on mounting rear guard actions against the out-workings of the Brexit agreement which they themselves helped to bring about, talking up the supply chain difficulties, and demanding that article 16 of the protocol is invoked.

This is unlikely to happen, as Professors Hayward and Phinnemore explain. There are indeed significant supply chain problems in east/west trade in the North and with the Irish sea crossings from the Republic that service the ‘land bridge’ through Wales and England to France.

Already there are predictions that some supply lines to the North will re-orientate from east/west to north/south/France. Very quickly, alternatives to the land bridge have been established. The Stena ferry that arrived in Belfast on 2 January to service the Liverpool crossing was redeployed on the Rosslare/Cherbourg route only ten days later. In addition, there are now fifteen new weekly crossings from Rosslare to Dunkirk (and back).

Unionism’s wider emphasis seems to be on steering British governments away from the GFA and subsequent agreements on legacy and victims, raising the bar for unionist consent, and delaying any prospect of a border poll. Lately, Professor Colin Harvey, who specialises in constitutional law, wrote to Brandon Lewis asking him to set out the criteria to be used for calling a border poll. There are thought to be more than 170 officials working in the Northern Ireland Office and yet, they appear to be incapable of producing an error-free letter and one that goes beyond re-stating what is in the GFA. I’m sure the NIO has a folder marked ‘opinion polls’, in which case they will have filed away the Sunday Times front page (24 January) reporting that a majority in Scotland and the North want border polls in the next five years.

The NIO response is in stark contrast to the heavy-weight piece of academic work currently in progress on the border poll issue. In November 2020, twelve academics with expertise in law, sociology and political science issued a 238-page interim report on Unification Referendums on the Ireland of Ireland, discussing the legal context, the decision to call referendums, questions to be asked, voting rights, lobbying and so on. The report states that ‘it would breach the Agreement to require a higher threshold than 50% + 1’. Then on 11 January, the Royal Irish Academy launched a new initiative called ARINS – Analysis and Research: Ireland North and South which aims to ‘inform debate on the shared island’. The launch features a discussion between William Crawley and Fintan O’Toole who at one point suggests that if the DUP were smart, they would engage with the Taoiseach’s Shared Island initiative as a way of forming anti-Sinn Féin alliances with southern political parties.

The academic journal Irish Studies in International Affairs is making ARINS-related research freely available. Twenty articles are in the pipeline and the first issue includes work comparing living standards (Adele Bergin and Seamus McGuinness), on Unionism (Jennifer Todd), on the need to prepare for a referendum (Brendan O’Leary) and lots more. Watch this space.