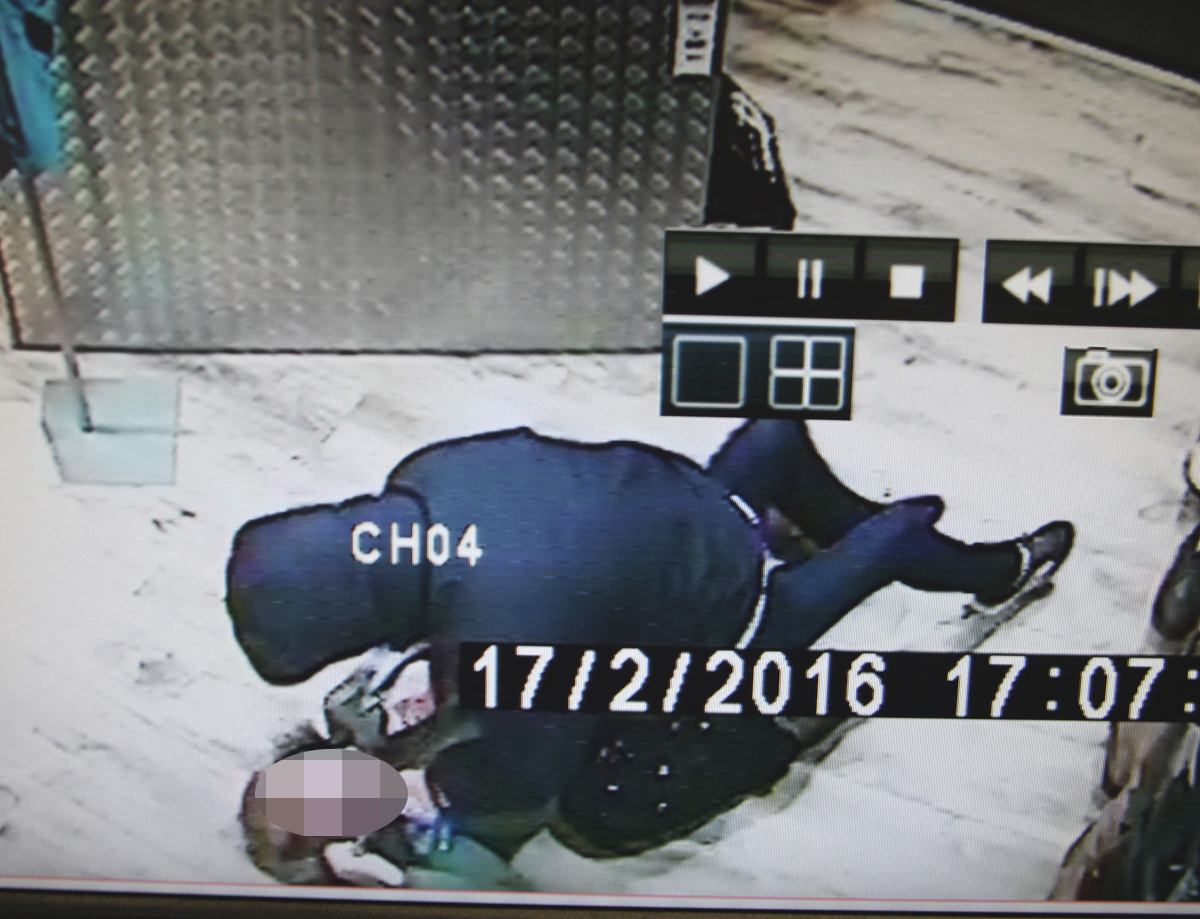 A BRUTAL robbery that left a young North Belfast shop worker in hospital has been captured on CCTV.

The member of staff at the Wear to Work shop at the junction of Trinity Street and Clifton Street was thrown to the ground last Wednesday evening just before closing and held against his will while a second man stole a display of expensive ‘Snickers’-branded work trousers.

The worker, who lives locally, was held down before being dragged to a corner of the shop by the thief’s accomplice before both men made off in the direction of Carrick Hill. The shop assistant was treated in hospital for his injuries and was later described as being badly shaken.

Shop owner Martin McAllister said whoever was responsible knew what they were looking for.

“While one was holding down the young lad who works here the other one went right to the Snickers display and filled bags he had brought,” said Martin. “All the other workwear was left alone. We think they were watching the shop because I had only left a few minutes when the came in. They knew the young lad would be on his own.”

Martin said he’s been left counting the cost of the latest blow to his business, which comes hot on the heels of a fire at the shop.

“It’s about £1,000 worth of stock and it was all paid for so that’s going to cost me. We had just got back on our feet after a fire and the insurance didn’t pay for all the stock we lost in that so we were just getting back on our feet and then this comes along.

“The trousers are very distinctive and it isn’t everywhere you would get them so I am appealing to anyone who is offered them to buy to let the police know.”

A PSNI spokesman this week appealed for information about the workwear shop robbery.

“Detectives are appealing for information following the robbery of commercial premises in the Trinity Street area of Belfast on Wednesday, 17 February.

“At approximately 5pm two unknown men entered the premises.  One of these males assaulted a member of staff whilst the other male stole a quantity of grey, black and camouflage men’s ‘Snickers’ trousers. Both men left the scene on foot.

“The male member of staff attended hospital for treatment to his injuries, which are not believed to be life threatening.

“Detective Inspector Nigel Snoddy would appeal to anyone who has information about this incident or who may have noticed anyone acting suspiciously in the area to contact detectives at Reactive and Organised Crime at Musgrave PSNI Station on the non-emergency number 101.  Or, if someone would prefer to provide information without giving their details they can contact the independent charity Crimestoppers and speak to them anonymously on 0800 555 111.”