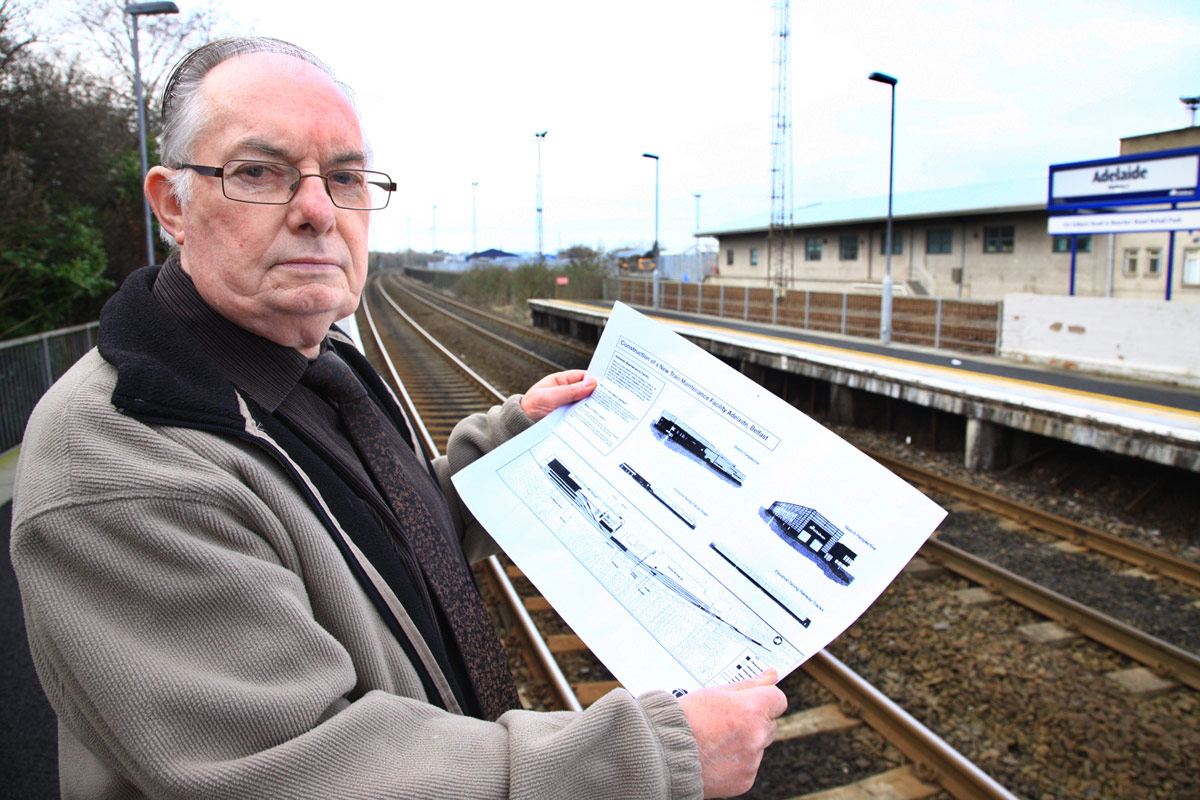 FEARS over disruption from a new train “stabling facility” in South Belfast are easing after residents met with Translink officials and saw the site first hand.

The new facility in Adelaide, close to the Lisburn Road, is due to be completed in early 2013. However since work began this year, there have been several issues of complaint for locals living in nearby Great Northern Street, including noise from late night construction and fears over noise pollution when the site is completed and housing trains overnight.

However, local residents’ spokesman John Copeland told the South Belfast News how a recent site visit at the invite of Translink has eased concerns somewhat.

“They brought a number of us around the site to see how work was progressing,” he said.

“We saw what they describe as a noise wall which they claim will prevent the train noise during the night, but we will have to wait and see how it works upon completion.

“To be honest, the noise in recent weeks hasn’t been too bad for us, and it was good for us to see what is going on first hand. Translink said they will talk to us closely about this project in stages and we appreciate that.”

A Translink spokeswoman said that questions from locals about the new facility were answered during the visit.

“Translink, together with our contractors invited a group of residents from Great Northern Street to take part in the site visit on November 8,” she said.

“During this they had a tour of the site, met the site manager and were invited to ask questions about aspects of the construction work. Since work began we have hosted a number of site visits from residents and stakeholders as part of our community engagement work. We will keep residents informed of building progress on the facility until work is completed in early 2013.”