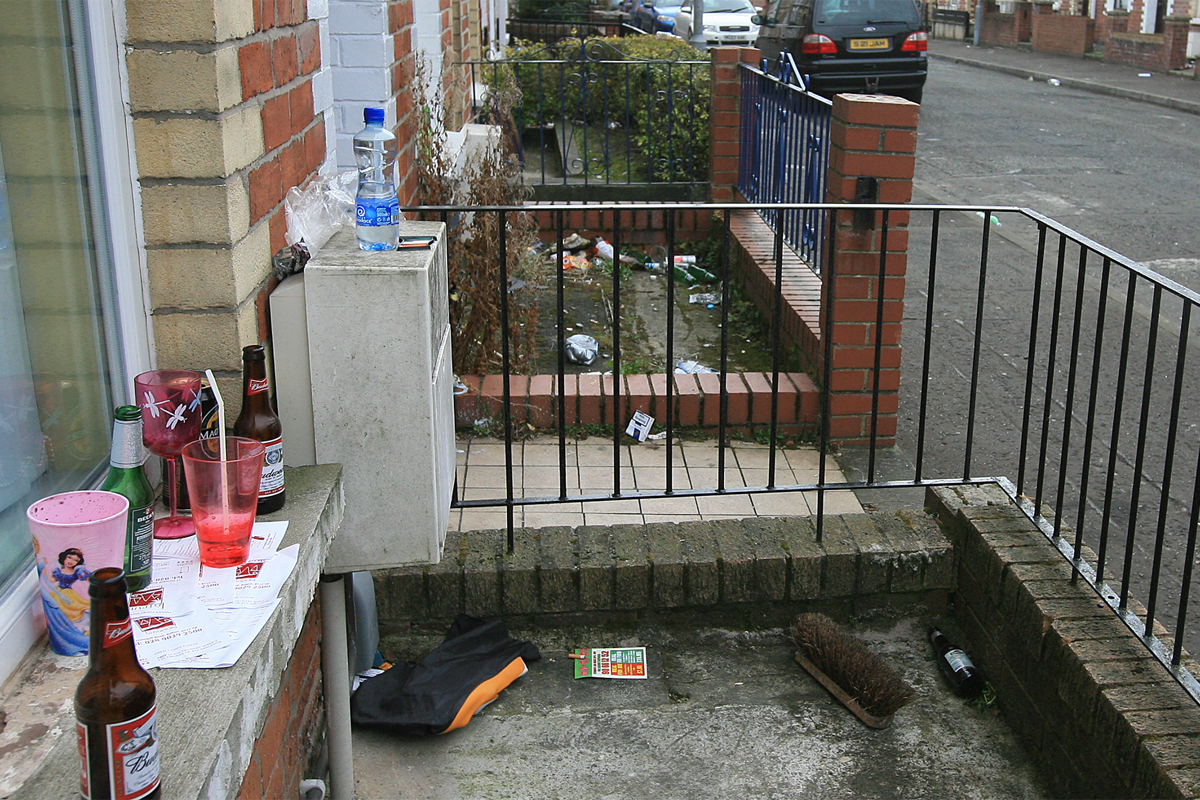 Fears of a “long weekend of partying” did not come to pass as the move by Queen’s saw a large number of students leave the area for the holiday weekend, giving respite to long-suffering residents worried over the potential for rowdy scenes mirroring those in the area back in 2009.

Queen’s and the University of Ulster appeared at odds over the plan to declare the Friday and Monday surrounding St Pat’s weekend as “reading days” in a bid to encourage term-time student residents to leave the Holyland.

Relieved locals say the risky move by Queen’s paid off, and they are calling on the University of Ulster to follow suit next year. However, a UU spokesman said concerns over the “mini-St Pat’s” celebrations last Thursday were justified, with a number of students arrested that evening as they celebrated the holiday early. Four students were among seven people arrested, with the UU planning to discipline three of those, and Queen’s the other.

Speaking to the South Belfast News, Holyland resident Liam Kielty said: “We were content with how it panned out on the day as it was relatively trouble-free, and we would say that the reading day plan worked.

“We would now call on the UU to do likewise next year, although we would still like to see both give up to a week off to their students.”

A UU spokesman said the three students arrested last Thursday have been suspended and the university went on to hit out at those bars and clubs who sent reps into the Holyland to encourage weekend drinking.

“We think all partners need to consider how we can prevent the Thursday night from becoming the alternative St Patrick’s night next year and in years to come,” he said. “We also need to consider how we tackle the problem of aggressive drinks promotions aimed at students and other young people in the Holyland and wider university area.”

Meanwhile, a Queen’s spokesperson highlighted the difference between this year’s St Patrick’s Day partying and that of previous years: “With fewer houses occupied in the Holyland, those coming into the area looking for parties and places to congregate were disappointed and did not hang around.”