Strap yourself in for this family flick 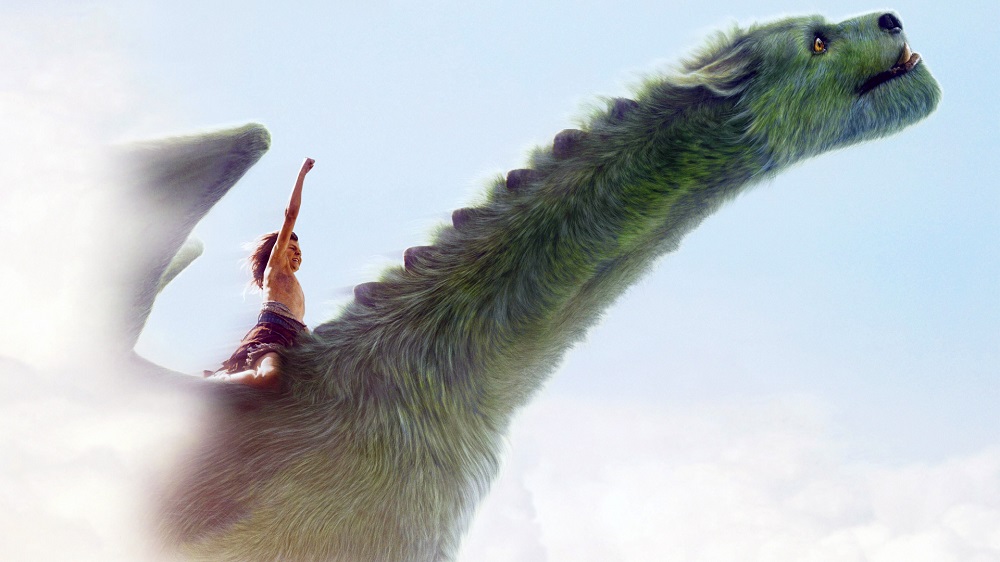 TOGETHER: Pete takes off with his dragon

YOUNG Pete (Oakes Fegley) is a little boy who is very lucky to be alive. Having lost his parents in a tragic car accident in the middle of nowhere, Pete was forced to venture into the deepest, darkest depths of the forest in order to survive. Missing from civilisation for six years, everyone presumed that Pete must have perished in the woods, but amazingly the young boy turns up alive and well, and with an amazing story to tell.

The secret to Pete’s survival lies with a fantastical dragon who has befriended and protected Pete for all these years. Naming the dragon Elliot, Pete owes his life to his friendly and loyal companion. But their entire world is placed in danger when a logging company threatens their home in the forest and Pete becomes separated from Elliot. Determined to find his friend, Elliot risks revealing himself to the outside world in order to find Pete, and in doing so, their close friendship and their idyllic lives will never be the same again.

HOT off the heels of The Jungle Book, Jon Favreau’s wonderful live action remake of the Walt Disney classic, the weird, wacky and ever-so hallucinogenic Pete’s Dragon is reimagined as an emotionally charged tale of friendship and magic, with breathtaking special effects and a story that will tug at your heartstrings.

Forget the colourful wackiness and far-out trippy animation of the 1977 version, Disney have created an endearing tale that oozes style and finesse. Disney seem to be working through a back catalogue of their classic creations after Cinderella and The Jungle Book went down a storm with audiences and Pete’s Dragon marks a hat trick for the company.

Directed by up-and-coming indie director David Lowery, the story this time around is a much more engaging and gripping affair that plunges us, along with the excellent Oakes Fegley, into the dark and foreboding landscape of a forest and the mystical allure that comes with darkest nature. You can really sense the combination of magic and nature at work here, and it’s beautifully realised with Elliot the dragon, a creature with a fearless heart and the lovability of a doe-eyed puppy.

And therein lies the magic and pathos of Pete’s Dragon, as Lowery, along with the magnificent cast, give us an on-screen friendship we can truly believe in. The young Oakes Fegley is brilliant as Pete, and he’s completely immersed within the magic of nature, and it’s this engagement with Elliot that gives this film its heart and soul.

There’s also superb support from the excellent Bryce Dallas Howard, the magnificent Robert Redford and another young star in the making, Oona Laurence.