Ten of the best 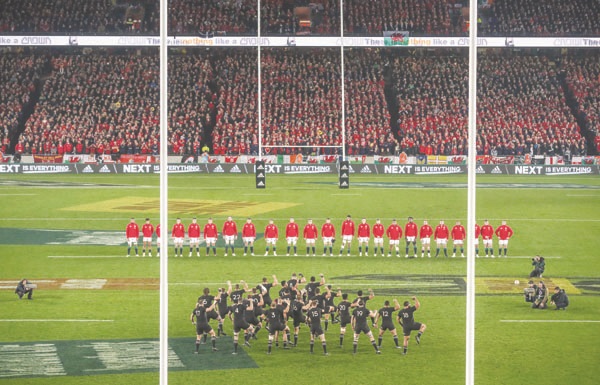 Anyone who follows my Twitter feed, you will see (apart from the usual inane nonsense) sport updates and from September through (or thru?) to the beginning of February, a fair chunk is dedicated to all things NFL.

I have been a fan of American Football for as long as I have been following sports. The interest came when urged as a five-year-old to pay attention to some fella called 'The Refrigerator' (William Perry) and the all-conquering Chicago Bears of that year. For whatever reason, I was hooked and fondly remember tuning into the old highlights shows on Channel 4 in subsequent years.

From the greatest team never to win the Vince Lombardy Trophy (1990 Buffalo Bills with Jim Kelly, Andre Reed, Thurman Thomas etc) through to modern-day dynasties like the New England Patriots and all in between, there has been a feeling I have to, one day, make it to the big game.

Tickets are of course the issue and with those precious passes selling for thousands, that's a big issue (maybe I just need a Cavan jersey). I've been to a Wembley game and really ought to have been at Metlife Stadium in December for the NY Giants hosting Miami when over covering Michael Conlan's win against Vladimir Nikitin, but being the consummate professional (ahem!) I had work to do and couldn't make the 1 pm kick-off out in New Jersey.

I'll certainly be at a regular season game in the near future should restrictions on sport and travel across the pond ease, but one day I will ensure I will be there to watch the Vikings triumph!

Okay, this isn't quite a bucket list thing, but something I've failed to attend for a number of years for one reason or another (Glastonbury Festival in recent times).

However, if ever there was a sporting event a hurling junkie or wider GAA member simply must attend at least once in their life, it is the Munster final - and in Semple Stadium, Thurles.

My first of these glorious occasions was the 2004 edition and 'that' game when 14-man Waterford overcame the concession of an early goal and loss of John Mullane to a red card just after the break to win a classic encounter still regarded at one of the best games ever.

Standing in a thronged Liberty Square in Thurles, having a beer in Hayes Hotel where the GAA was founded before making the walk up to Tom Semple's field is one of the most joyous things a GAA member can do and one I fully intend to return to.

Yes, I know! You have to cheer on England players and whatnot, but hey - this is one of sport’s' oldest traditions and one unique to rugby - pulling the best of Ireland, England, Scotland and Wales together to take on the world's finest.

The last tour took place in the Land of the Long White Cloud and the next - due to take place next summer - will see the Lions take on world champions, South Africa.

Attending one of these tours is a costly business (I've priced it!) and the next tour to New Zealand isn't due until 2029 as Australia is next up in 2025 so it does give me a bit of time to raise the funds.

Many moons ago I spend the guts of a year Down Under, but family issues ensured I had to return home (more about this later) meaning I missed out on visiting New Zealand, so how better than to finish part of that intended trip than by returning at the end of the decade to watch the Lions take on the All Blacks?

Failing that,  Rugby World Cup in the country would do, but then the novelty of this particular tour just appeals a bit more.

Yes, I can you groan: 'this lad has been traipsing around the place following boxing over the past 10 years-plus'. And yes, you'd be right.

Following the fortunes of Carl Frampton, Michael Conlan, Brian Magee and Ryan Burnett on the road has given me memories to last a lifetime and there is much more to come from our lords of the ring, but one thing that has eluded me from a fan perspective is a world heavyweight title clash.

I was there for a huge ‘superfight’ Floyd Mayweather vs Manny Pacquiao, but watching the big men in the marquee division go at it is one I dearly would love to witness. Now seems to be the time to do it with Tyson Fury regarded at the number one having captured the WBC title and hopefully, a winner-takes-all showdown with Anthony Joshua for all of the marbles can be secured in the near future. Unless that fight lands in Saudi Arabia (don't rule it out) I would happily dust off the passport and meet my boxing buddies for airport pints amid an air of giddy excitement as we trot off to do our thing.

Will Fury vs Joshua happen? Hopefully, but a heavyweight title fight involving either against a top challenger would do.

The Greatest Show on Earth - who wouldn't fancy this? Tokyo 2020 is off until 2021, although it may be a stretch (me attending and it even happening according to Tokyo organizing committee CEO Toshiro Muto) so this one may take some time.

However, we've all grown up watching some incredible feats over the years with names like Carl Lewis, Usain, Bolt, Michael Johnson, Jessie Owens and Michael Phelps to name very few just rolling off the tongue.

Barcelona '92 when Michael Carruth took Ireland's first-ever gold and the glorious summer of 2012 when our boxers came back with four boxing medals thanks to Paddy Barnes, Michael Conlan, John Joe Nevin and 'Queen Katie' are moments in time where everyone remembers where they were - even back in Seoul when Ben Johnson got scooped!

Yeah, the Olympic Games have not been without controversy, to put it mildly, but the opportunity to watch moments of sporting history unfold in front of your eyes must be something everyone who loves or even has a passing interest in sport would dearly love to attend just once. I'm no different.

Yeah, another in-your-face obvious one but an event that has so far eluded me. Back in the 2006 version that was hosted by Germany, some friends headed off to the autobahns to take in some games, but I was unable to join them with real-life getting in the way.

The first World Cup I can remember was Mexico '86 and the brilliance of Diego Maradona's Argentina, but Italia '90 was the one that really captured the imagination with the exploits of Jack's Army and then again at USA '94. Japan and South Korea in 2002 was a little bit of a stretch for a poor, struggling student and bar 2006, making the journey just hasn't been viable.

I'm not sure I fancy Qatar in 2022 given the oppressive heat that lies in store, so it may be a bit down the line before I could make a jaunt to a World Cup and of course, whatever one I do end up at would be much more appealing if Ireland gets there too.

So, a World Cup trip is one for the long grass but no doubt I'll end up at one someday.

Regarded as one of, if not the biggest derby in world football, the meeting between Buenos Aires rivals Boca Juniors and River Plate consistently makes it onto lists of sporting events you must do before you die even topping an Observer poll back in 2004 that described this derby between the two biggest teams in Argentina as: “Derby day in Buenos Aires makes the Old Firm game look like a primary school kick-about.”

The Estadio Alberto J. Armando - better known as La Bombonera and home to Boca - is one of the most iconic stadiums in the world, although it was River Plate's El Monumental that held the 1978 World Cup final. The fierce rivalry between the clubs ensures that this fixture is something if a powderkeg but one that generates that famous, frenzied atmosphere.

As mentioned before regarding a trip down under in the middle of the last decade, it was cut short and with South America part of that itinerary, it's always been a place I'd like to go back and complete, so perhaps if that happens, it would do no harm to have a look at the Argentine fixtures before choosing a date!

Yes, I absolutely agree that a sporting competition between teams in just two countries makes the notion of a 'World Series' a little ridiculous, but that doesn't detract from what is a huge sporting occasion and one that draws huge interest worldwide.

The fact that it is not just a final, but best of seven-game series means that games are played home and away, so does help to add to a partisan atmosphere.

I've been to several MLB games in the past: once at the old Veterans Stadium in Philadelphia when the Phillies took on Chicago Cubs and the legendary Sammy Sosa; whilst a spell in Minneapolis back in 2011 gave me the chance to watch the home-town Twins play at Target Field.

Given the slow nature of baseball, one can be forgiven for thinking it gets a bit drawn-out but there is always plenty going on during breaks in play and the pace of it all actually does help as a spectator sport given it's all as much about the occasion as-well-as the game itself.

Therefore, it would be one I'd like to tick off to go and watch the culmination of the season when the Commissioner's Trophy is handed out.

No, not AFC Wimbledon - the Championships, Wimbledon to give world tennis' grand slam event its full title.

The tournament, held at the All-England Club - or sometimes referred to SW19 - is another iconic feature of the sporting landscape and one that most of us will have grown up with over the course of summer.

Like a lot of events, this year's edition has been cancelled so all will have to wait until 2021 for its return to the grass courts. Growing up, I was glued to the exploits of Becker, Edberg, Sampras, Navratilova and Graf, while the new era has seen new names like Nadal, Murray, Djokovic, the Williams' sisters and of course, Roger Federer dominate.

I must admit, my interest in tennis isn't what it once was but I would still be keen on sampling the atmosphere of Centre Court and being present at a venue that has been an ever-present since I began watching sport as a kid - so long as Cliff Richard doesn't turn up and start singing.

Been a fair bit of soccer on this list as I've been to a lot of other sporting events and while I was in Seville back in 2003 for the UEFA Cup final when Porto shattered Celtic's dreams, I've never been close to a Champions League final.

I suppose, when your own team isn't there the same urge to go isn't either, but the culmination of the European club season is one of the world's biggest events and if given the chance, I'd be more than keen to go.

A crowd of mates went to Madrid for last year's final although none actually made it inside the ground but given it was a final between two English clubs the scramble for tickets was always going to be fierce.

This year's final in Instanbul will be played at some point, but it's difficult to be certain given the situation and next year's set for St Petersburg may be a bit too far.

However, with Munich's Allianz Arena awarded the 2022 decider and Wembley getting the thumbs-up for the following year, with a little bit of planning and luck securing tickets, then it may not be a far-fetched notion to see this one become a reality over the next couple of years.