The unsung hero of the hurling game 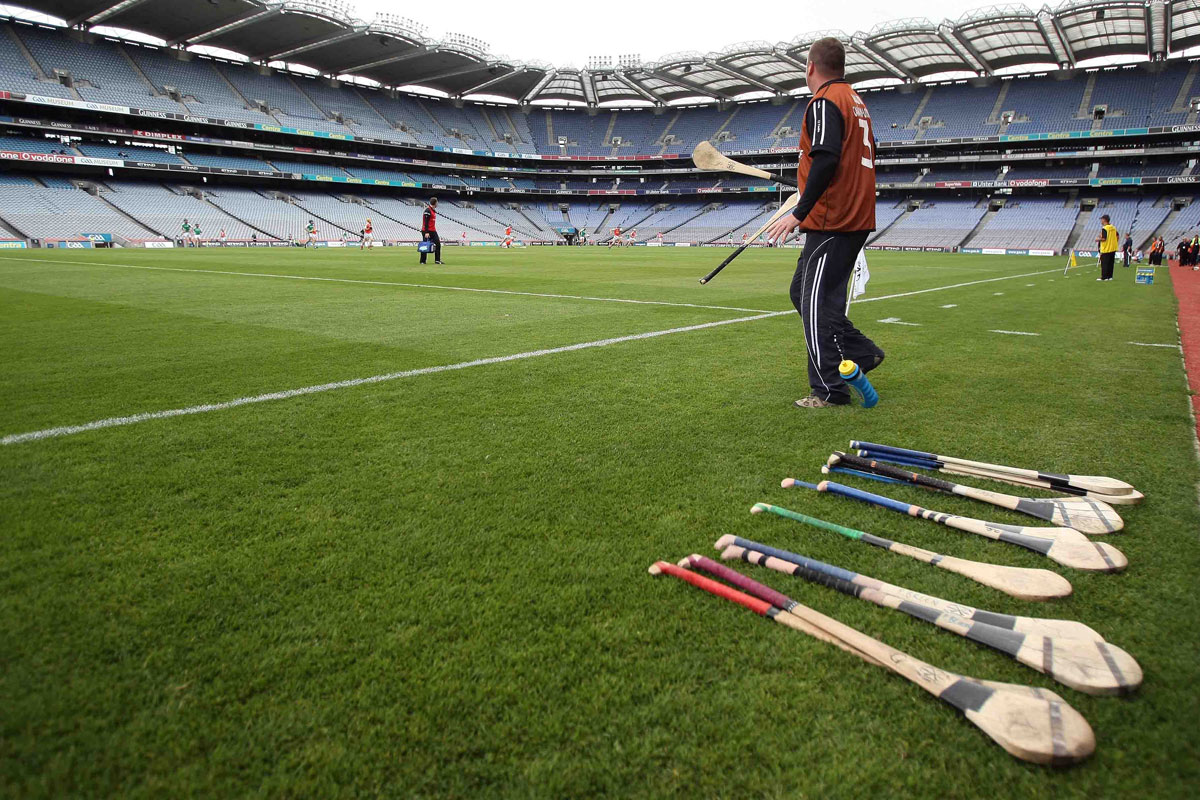 So it’s that time of year again. This is the week when we look forward to what, for many of us, is the biggest event of the year, the All Ireland Hurling final. I have to report that as yet I have not found a ticket but as I pointed out last week I have been promised one from Derry by a certain gentleman.

It never fails to amaze me how many non playing personnel appear on the Croke Park pitch before the match begins. An army of very important looking senior citizens bedecked in green blazers, some with two way radios which they cannot use, will walk from one goalmouth to the other and back. They will greet what might be termed the statics, those stewards who have to stand at designated positions, as if they never met them before all the while keeping an eye on the position of the TV cameras. They will occasionally stop and point to the top of the stands. Maybe they’re looking for seagulls!

This is the way with the GAA. I attended a championship game some years ago in Celtic Park between Derry and Antrim, one of the first games being televised live. John Mullins, a Tyrone man, pointed out an Antrim official, I think he was known as the Milky Bar Kid (not to his face), who walked across the pitch and back three times just before the throw in.

The teams will race onto the pitch followed by an array of hangers-on, county secretaries, divisional secretaries, personal assistants, chairmen, vice chairmen etc,  as well as a few on a wink and a nod.  The water carriers, managers, physios, mentors etc will all make their way in the wake of the teams but usually the last to appear is a man buried under a very heavy burden.

Unlike many of the hangers-on he doesn’t have to justify his presence as he is one of the most important persons in that congested area in front of the Hogan Stand. He will have been assisting the county team for many a year and will be found working for his local club at every game played from the under 10’s to the seniors. He’s known as the hurley man. As the players warm up he will lay out a neat row of spare hurleys beside him as he takes up his match position on the sideline.

He has his left knee on the grass with his right supporting his elbow just as if he does at the back of the church at second mass every Sunday morning and he holds his own large hurley to keep himself balanced. He follows the play closely and if and when a player breaks a stick he picks up a replacement (he knows which stick each player prefers) and unhurriedly and unobtrusively he heads out onto the playing pitch, delivers the replacement and retrieves the broken one. He will deliver a few well chosen words of encouragement for he knows the players as well as the manager but such is his professionalism he will not even be picked up by the TV cameras.

Apart from the team management team no-one has more right to be in Croke Park on All Ireland day. Every club has one. Occasionally he moves a little to the right and left but never too far from his stockpile and his own hurl is pressed tight to his left side. He relinquishes it only when he is delivering a replacement to a player and picks it up again when he comes back to the line.

He will keep his own counsel during the game. Typically he will be a single man, for life for him will  be too busy to be distracted by a woman – if he’s a smoker he will have the cigarette at the side of his mouth which will be discarded when it threatens to burn the lips.

He will have just one topic of conversation when you meet him, the most recent game whether it be an All Ireland final or an under 14 league game.

The club is his life. He will know all about the club and will be willing to share his knowledge with anyone wishing to listen. He will recall how the club has fared over the years, who were the outstanding players and which were the key games. He will be aware of the skill, the style and the particular strengths of players and without interfering with the manager will boost their self confidence. While he loves to see his team win he doesn’t jump around – he still has a job to do – but he will let each and every player know how important his contribution was, in the course of the game. He’ll tell you he played “a bit” but wasn’t too handy at the game. He doesn’t want to dwell on himself but on others. He is rarely in a team photograph, being too busy looking after the club’s property. I attended the funeral of such a man in Armagh few weeks ago. Aged eighty, Pat was the last of the name. He had been active until the end of last year. As the priest pointed out,   he had no relatives left in the parish but he had the biggest family. He was accorded a guard of honour, his coffin bedecked with the club colours and the church was packed for the funeral service. No one will be missed more.

So on Sunday when the teams run out onto Croke Park I’ll be looking out for the green helmet of Henry Shefflin, the yellow of Lar Corbett – let’s hope that this flexibility for players to choose their own colour of helmet is maintained and that they are never forced to wear uniform colours or I’ll never know who is who – but I’ll also be looking out for the “hurling men” the unsung heroes of our game, the men who do their job for the love of the game.

All of this depends on Mickey Lemon. He said last week he would get me a ticket if I didn’t mention his name and that is why I haven’t done so.