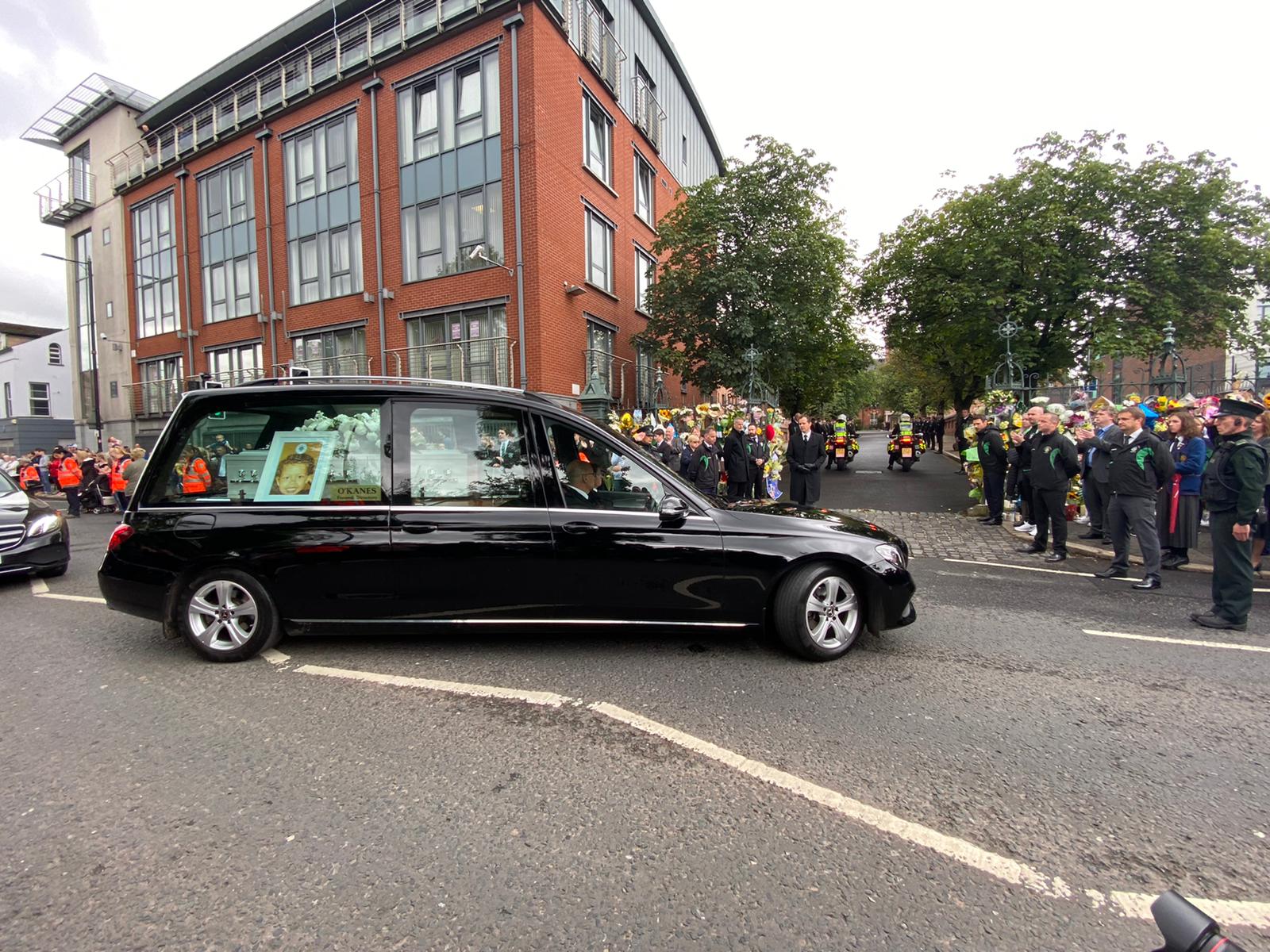 TRAGIC Noah Donohoe “poured a lifetime of love into 14 short years,” mourners were told at his funeral.

Noah’s body was found in a storm drain complex, off the Shore Road on Saturday morning after a six-day search and rescue effort.

With the funeral service private, Noah’s mum Fiona had asked everyone to be at home with their children and “embrace them and cherish them, for every moment with them is precious.”

Noah's friends and teamates from his Belfast Phoenix Basketball Club formed a guard of honour as Noah’s coffin was carried into the church.

In his homily, Fr Michael McGinnity said: "What has stayed with me are the words of Fiona when she spoke to me last Sunday night. She said 'I have been so blessed. Noah was a beautiful soul with a beautiful mind. He poured a whole lifetime of love into my life in 14 short years'.

“He had a natural curiosity about life. Every day he wanted to know more about the world and his place in it. Noah was the kind of boy who was just full of the joy of living.”

Addressing Noah's mother, he said: “Today, there are countless people holding you, Fiona, and your family in their thoughts and prayers.

“So many people are consumed by a sadness that cannot be put into words.

"At the same time, we gather here, very conscious of your gratitude to so many people who have reached out to you as a family in your hour of need."

Speaking to Noah’s friends, the priest added: “We also hold in our hearts today Noah's friends as they come to terms with their devastating loss. We remember the messages they sent to Noah's family, and the many tributes they paid to Noah on social media and across the airwaves.

"Those messages and tributes have been a source of immense comfort to Noah's heartbroken family.

“What endeared him to his friends was the fact that he carried that potential so lightly and so humbly. As a natural leader he wanted everyone to appreciate their own gifts and talents.

“More than that, he wanted them to find the joy in living that he had found.”

Fr McGinnity also paid tribute to those who took part in the search effort for Noah.

“We think today of people from across the community who took to the streets, day after day, in search of Noah. We also remember the police and rescue teams who were relentless in their efforts to find him.

Large crowds of people line the Antrim Road in Belfast as the funeral of Noah Donohoe paused at his school, St Malachy's College flanked by classmates and members of the community rescue service. @pa pic.twitter.com/rTkA44A0Jb

“During the says of searching, his family were also conscious of being carried by the prayers of so many people. We remember them with gratitude today.”

After Mass the cortege, which was en route to Roselawn cemetery, made a brief stop at St Malachy’s College on the Antrim Road where hundreds of floral tributes have been left at the school gates.

A GoFundMe page for the family, set up after Noah’s death, has now raised over £65,000.

Photos and video by Thomas McMullan.