What can be taken from SF bid from presidency? 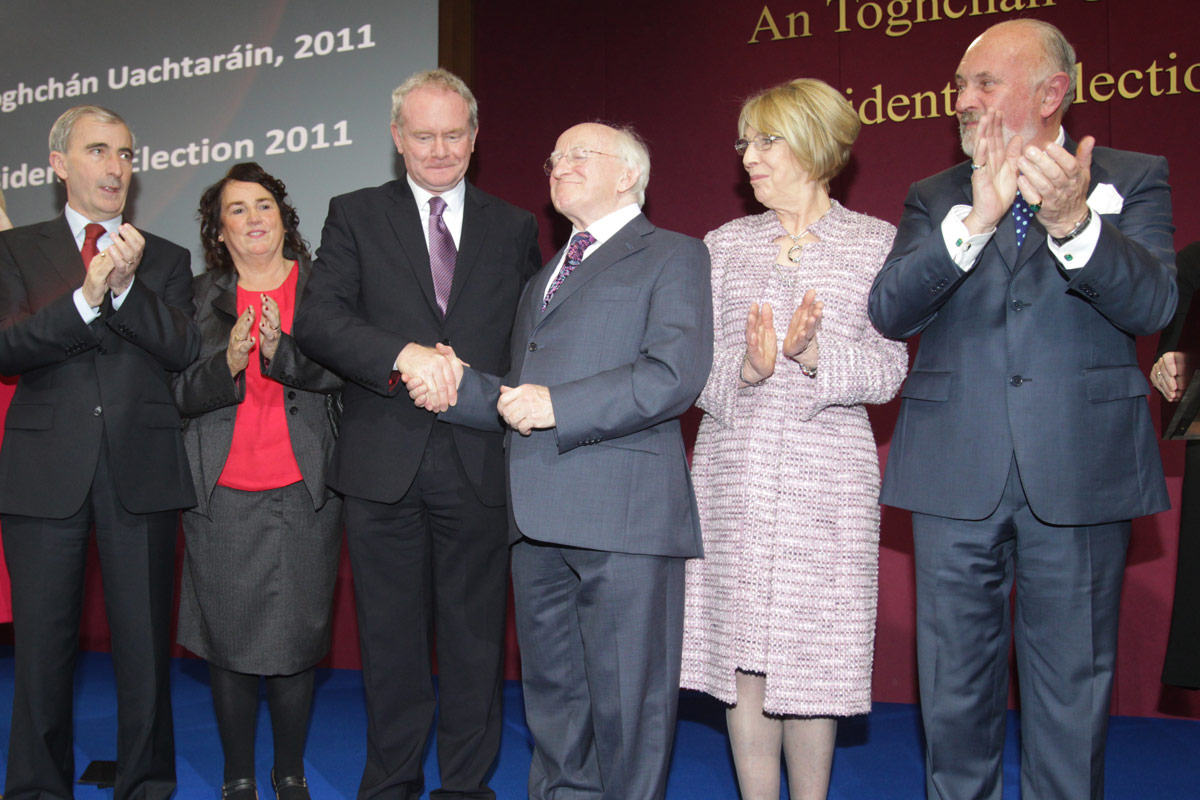 So - what did you think? With the dust settling and Michael D Higgins preparing for his inauguration, was it a good idea for Martin McGuinness to run his candidacy up the flagpole and see how many saluted? Some commentators say he had a disastrous outing, that he's been sent back home with his tail between his legs. Others argue that he's consolidated the Sinn Féin presence in the south and that close on 14 per cent of the vote, not to mention his contribution to the final debate, more than justifies his candidature.

He got 13.7% per cent of the first preference votes, which is almost four percentage points above what Sinn Féin got in the last election in the south, so that's a plus. On the other hand, there was talk of 20 per cent or even, on a top-form day, winning the presidency, which makes 13.7 per cent a minus. At the risk of sounding like an Alliance Party member I think both views hold an element of truth. Around a quarter million votes is a lot of votes and no mean feat. But given what McGuinness has achieved on this side of the border, it was disappointing.

However, as my favourite female British Prime Minister was fond of saying, it's not what happens to you that counts, it's how you respond. So what positives can Sinn Féin take from Martin McGuinness's showing in the presidential election?

Here are three for a start.

1. Elements in the southern media are determined to present the conflict up here as the sole responsibility of the IRA and to use selected killings to disgust voters down there and turn them away from Sinn Féin. You could shout "Unfair!" or put your boot through the TV but that won't change anything.  Instead, the Shinners in future might politely remind their critics of such deaths as that of Julie Livingstone or Aidan McAnespie or Pat Finucane or...take your pick.  The mention of these deaths might help remind the southern electorate that the UDA, UVF, British Army and the RUC were part of the conflict as well as the IRA. Alternatively, Sinn Féin people might ask their media accusers one simple question: would you say Michael Collins was a murderer? Or Tom Barry? Or Sean MacEoin? There is a gap in logic between the way people in the south have been taught to think of the conflict that broke their link with Britain and the northern conflict of the 1970s and 80s. The absurdity of portraying Collins and MacEoin as heroes and McGuinness and Adams as villains needs headlining.

2.  McGuinness's intervention in the final TV debate saved the southern electorate from electing as President a fully-paid-up member of the party which had economically disemboweled them.  Equally importantly, he pushed the north onto the south's political map, and you could almost hear the thought boundaries groaning. Derry and Antrim and Down as Irish as Cork and Dublin and Louth? We've been trying not to think about that - ouch, ouch, ouch!  Painful but necessary.

3. By the way he handled himself when assaulted by the south's media ("Do you go to confession?") and his responses to the stage-managed confrontations  with victims, McGuinness showed the south why so many people in the north vote for him and why he is so highly regarded 'up here' even by some unionists. Put another way: the southern electorate were helped to take a few faltering steps towards realising that the Irish people of the north, wounded more deeply and frequently by the Troubles, are advanced in their thinking about that terrible and painful past. The Irish people in the south, less frequently exposed, appear to be stuck around 1976. McGuinness' candidature encouraged reflection among those whose minds  haven't been hermetically sealed by partitionist commentators.