JUDE COLLINS: Will Boris gut and fillet fishermen to get EU deal? 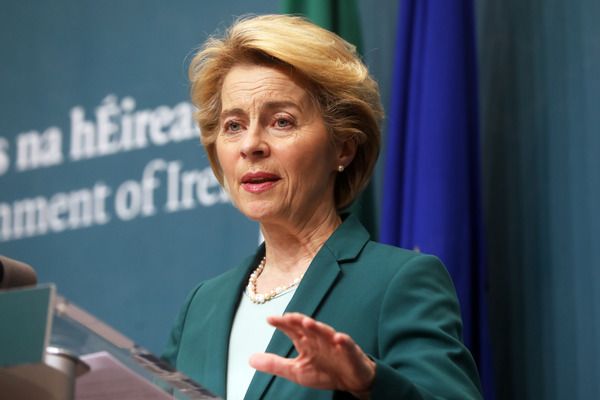 TALKS GO ON: British have told EU negotiators not to bother turning up for talks but EU Commission President Ursula Von Der Leyen says delegation will turn up in London Rollingnews.ie

FOR those of us who had a picture in our mind of  Boris Johnson driving the Brexit train at speed towards disaster, all the while muttering “A bad deal is worse than no deal,” there is just the faintest pin-point of light in the darkness.

Latest reports are  that just two major obstacles separate the UK and the EU: fishing and state aid.

🇪🇺-🇬🇧 talks: the EU continues to work for a deal, but not at any price.

As planned, our negotiation team will go to London next week to intensify these negotiations.

Back  in 2016 during the Brexit referendum,  British fishermen were asked how they planned to vote. Ninety-two per cent said they wanted to leave the EU, and over three-quarters thought they’d do better outside the EU. That’s an unambiguous pro-Brexit stance.

But now the Brits are faced with a hard choice: on the one hand, the freedom to fish the seas around Britain has always been shorthand for Take Back Control; on the other hand, fishing is a very small part of British industry, so there is the temptation to gut and fillet the fishermen in exchange for some major EU concessions.

Like Oscar Wilde, Boris Johnson has shown he can resist anything except temptation, so fishermen beware. There’s a good chance that UK fishermen will be dumped overboard in the interests of  larger future trading relations between the UK and the EU.

But even then, the UK faces a giant path-blocker: state aid. The EU, not unreasonably, doesn’t want to have the UK pumping money into its industries to give them a competitive edge while the EU must stick by rules which forbid them from doing the same. If Britain wants access to EU markets, it’ll have to commit to no more state aid for its wobbly firms.

UK state aid has a long history. Some of us still remember John DeLorean. What a guy – tall, good-looking, great track record, all set to transform West Belfast and choke violent republicanism with clouds of jobs and prosperity being pumped out by the DeLorean firm.

This man, the British government figured, would bring  jobs on a massive scale and the IRA would be left looking as if it opposed the prosperity that Big Handsome John was bringing.

Alas, men readily believe that which they wish. The British government wanted Big John to come riding in on his charger, and so  they loaded his business with bags  of money.

According to Dr Graham Brownlow of Queen’s University, the Northern Ireland Office was left cross-eyed by Big John’s charms and pressed into his well-manicured fist some £77 million. A few years later, Big John and the £77 million when down the plug-hole.

The more things change, the more they remain the same. Today the Conservative Party is supposed to be the party of low taxes, the party which preaches the gospel of standing on your own two feet, where governments and citizens don’t spend more than they can take in.

Ha. Covid-19 put paid to that. Richie Sunak, the British Chancellor of the Exchequer, has been flooding millions and billions into British firms in a desperate effort to keep them afloat. The state has created the idea of ‘furloughed’ workers, and has put its money (well actually your money, my money) where its mouth is.  The political party that was supposed to govern with the lightest of touches has found itself the biggest bankroller of just about any firm faced with possible destruction by the virus.

Faced with a second wave of Covid, the Tories are going to have to perform the same trick again to save UK firms from disaster.  Whether that can be squared with a level playing field between the UK and the EU remains to be seen.

Who knows? Maybe instead of a UK-EU equilibrium being achieved by the Brits not bankrolling British businesses, the balance may be found by the EU states bankrolling their firms at a rate that matches that of the Brits. And all this before the end of this year.