When the war ends 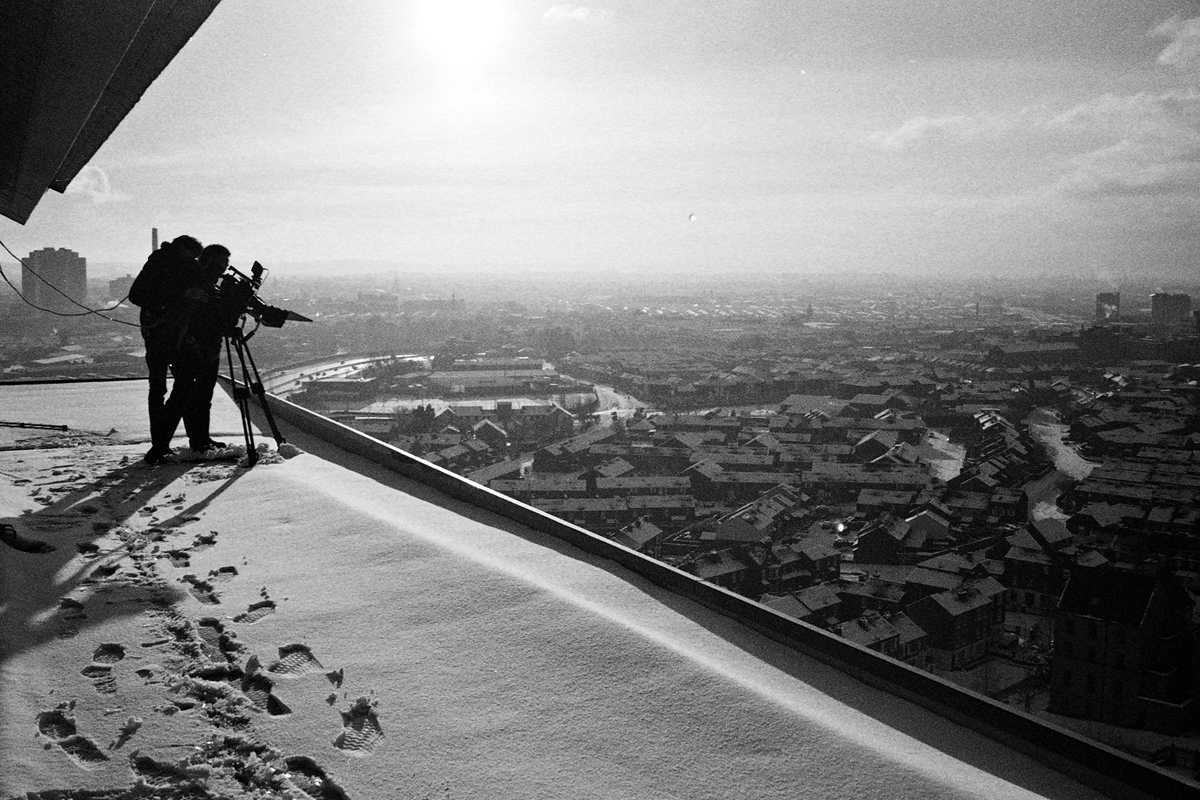 A NEW documentary film featuring a popular community worker and McGurk’s Bar campaigner has been named as ‘Best Debut’ at the Netherlands Film Festival.

‘When the War Ends’ which features Robert McClenaghan  is directed by Dutch filmmaker Thijs Schreuder and was shot in and around west Belfast in the run-up to Christmas last year.

It examines how local people have coped with the legacy of the Troubles after the conflict ended. The film was given an exclusive screening in the Felons club recently to a rapturous response and will be shown as part of next year’s Belfast Film Festival.

Speaking to the Belfast Media Group Thijs said he initially came to Belfast to film a different type of documentary.

“I wanted to do something on how the borders of Europe were disappearing yet new borders were appearing within countries,” said Thijs.

“I arrived in Belfast and spoke to Coiste na nIarchimi [the ex-republican prisoners support group] and EPIC [Ex-Prisoners Interpretative Centre for loyalist prisoners]. I was struck by their stories and so my plans changed.  In Holland the war in Northern Ireland is seen as over, but from doing this film I found that people are still fighting the war in their heads. It was a subject I was interested in.”

Thijs and his crew were filming around Belfast when the area was covered in heavy snow. He chose to focus on Robert McClenaghan, whose grandfather Phillip Garry was murdered in the McGurk’s Bar bombing and who also works as a guide for Coiste’s political tours, as he felt viewers “would connect with him”.

“The story also has to be understood by an international audience not familiar with the conflict here so I knew people would connect with Robert,” said Thijs.

“He is a unique character with a unique outlook on life who has the capability to reflect on his own life.  Some people are on the edge of collapse after coming through conflict while others find a way to cope, and Robert found a way to cope. It was also important that we filmed the documentary in the run-up to Christmas as it’s traditionally a time of reflection and the heavy snow adds to the overall feeling of the film.”

Thijs said the film received a very positive reaction when shown in the Felons.

“There was one scene when Robert is sitting on a chair at home reflecting on his past and this person came up to me after the screening and said, ‘I was that man sitting on that chair and I recognise that feeling. I am stuck in that chair and it’s good to see that I am not alone’.

“That’s what I wanted to achieve in this film and I am grateful to Robert for sharing his story.”

Speaking about his involvement in the film, Robert said he saw it as a opportunity “to explain to a wider audience how our politics and our community developed from the conflict”.

“They started following the tours and then they would ask the guides questions about the tour group and how it came about,” said Robert.

“Then that in turn led to questions about our own pasts as part of the republican movement and that’s how I got involved. I spoke about what happened to us as a community after the likes of the Falls curfew, internment and other incidents and how it changed people – people either buried their heads in the sand or, in our case, they stood up and fought back. My generation of people became very politicised by those incidents, incidents like losing my grandfather [Phillip Garry] in the McGurk’s Bar bombing in 1971.”

Robert said he’s pleased with how the film turned out.

“It was very intimate in terms of my family life as they ended up following me for 26 days,” he said. “I think it’s an excellent attempt to tell a complex story of 30 years of conflict through one man.”

To learn more about ‘When the War Ends’ and to view a trailer of the documentary, visit when the warends.com