A life in print leaves its mark on renowned reporter 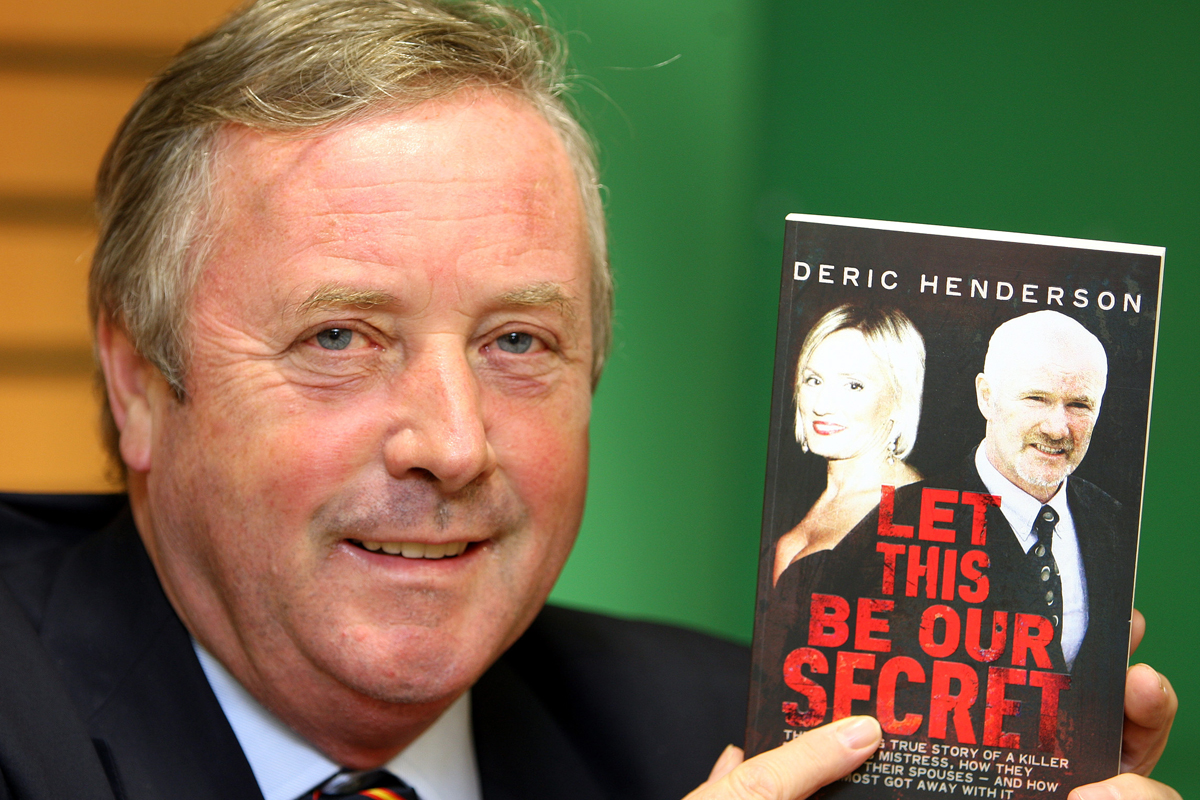 The newspaper industry here has seen many changes over the past 40 years, both positive and negative.

One South Belfast journalist has experienced most of those ups and downs, from chronicling the horrors of the Troubles to seeing first-hand the prosperity peace has brought.

Deric Henderson started out as a reporter on the Tyrone Constitution in 1968 and his career has seen him progress to working for the Belfast Telegraph and being the first Northern Ireland-born reporter for the Press Association, where he climbed the ladder to his current position of Ireland editor. The Balmoral Avenue man credits his career progression to the grounding he received at the Omagh paper in the late 1960s, calling it “a fantastic training ground”. But it was his move to the Tele in October 1973 that led to an awakening for Deric, as he had to cover the daily shootings and bombings that affected our society then.

“They were massively difficult times and it’s only now when you look back that you realise just how bad it was. You left your house in the morning and didn’t know when you would be home. There were weeks when I was away from home for days on end because of it, that’s just the way it was.

“I was married with two young sons and my wife Clare had to put up with a lot, especially as she sacrificed a great career as an occupational health advisor for my job. It was a massive strain but those were the times in which we lived.

“The phones never stopped ringing with stories, it was really tumultuous. The first three pages of each day’s Telegraph were taken up with what had happened the previous night because murders were happening on a daily basis. It was such an awful place because people were living from one day to the next just waiting for the next atrocity.”

Deric’s move to the Press Association, which acts as the main news agency for Ireland and Britain, in 1980 as a Northern Ireland-based staff reporter meant he was subsequently on hand for all the major events that occurred here over the years.

He says several incidents and periods still live with him from the time.

“I remember being there in March 1988 when Michael Stone attacked the mourners in Milltown Cemetery. A lot of journalists talk about being under threat and their lives being threatened. I’ve never had that but that day was scary.

“My vivid memory was heading behind a headstone. I had been standing beside another journalist and we were saying how flat and uneventful the funerals had been because until that point it was all very subdued. That period in time then became almost apocalyptic.

“Another one of the worst periods was the time around the Shankill bombing and Greysteel massacre. It was just people being killed for the sake of being killed. Everyone seemed to be fair game and it was just an awful time. We never thought we’d see a ceasefire and the Good Friday Agreement just a few years later.”

Appointed Ireland editor of PA just prior to the signing of that agreement, Deric has seen the changes that have affected journalism across the newspaper industry and he admits it is in “a very bad place at the minute”.

“I never thought online would take over from print but it has, that’s definitely where we’re moving towards. The really disappointing thing is that there are fewer jobs available which means there are hardly any career paths to follow the way there used to be.

“The amount of young journalists being trained up in colleges now that come out and have no work for them is very disheartening. There are so many outstanding students that don’t have work.

“When I was starting it was a lot different. I failed my 11 plus and didn’t go to university. I wasn’t particularly bright but always wanted to be a reporter and got that opportunity. Nowadays I wouldn’t stand a chance because I don’t have the academic qualifications.

“But I would still argue the best way to learn this job is by learning on the job itself. Two years out in the sticks learning your trade and covering courts and councils are worth three or four years in a classroom. That’s where the foundations of this trade are laid.”

But, despite the negative changes in the newspaper industry, Deric says it’s not all doom and gloom for up-and-coming journalists.

“You need to be seriously focused to the point of being single-minded because your career is everything and the opportunities are few and far between. But I still think if a young journalist goes about their business in a very serious and determined way, they will get there in the end.

“It is an amazingly difficult process at the moment but when I see one or two young journalists about who are ruthless in their pursuit of their end goal of a job I know they are going to defy the odds.

“You shouldn’t be in a hurry to get to Belfast because it’s not the be all and end all. There are good weekly newspapers around the country and if you go to them for a few years and work every hour God sends, you will get there eventually. That sounds very trite but it’s the truth – if you have it in you, you will make it.”

The natural progression for many journalists of Deric’s experience is to put their skills into writing a book, a step Deric took with Let This Be Our Secret, released late last year. It chronicles the story of killer dentist Colin Howell and his ex-lover Hazel Stewart, who murdered their partners and staged the deaths to look like suicides, a fact that went undiscovered for nearly 20 years.

Deric says one of the reasons he came to write the book was because it afforded him the opportunity to bring back some long dormant skills.

“The murder story broke in January 2009 and I happened to take the call here when it did. I immediately took an interest in it because for someone who is basically confined to the office due to the job I do, it afforded me the opportunity to get out there and do what I love most, which is knocking doors and interviewing people.

“It was such an unusual story and unique not only for here but unique full stop. I’ve done bigger stories but nothing as extraordinary as this. It had everything – love, passion, sex, deceit, money, greed. It even had religion but for a change it wasn’t about Catholic and Protestant, but rather the Baptist Church and what goes on behind closed doors in it.

“Despite all I have seen it was still shocking to me. Think about all Colin Howell did – he poisoned his wife, poisoned his lover’s husband and stage managed a suicide, before returning home and hiding this secret for 18 years with his lover.

“It was a tragedy for the families involved but you couldn’t make that up.”