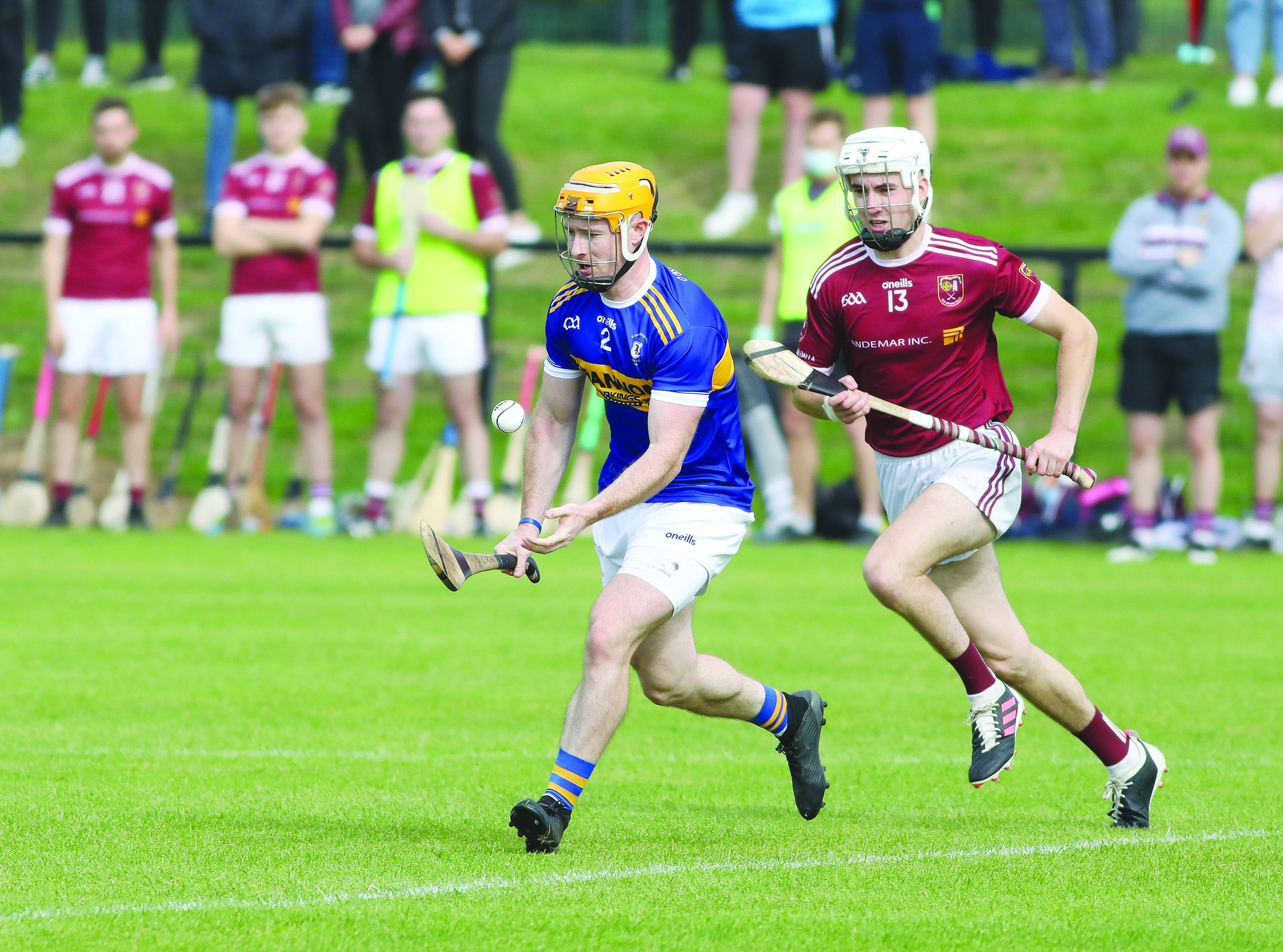 Rossa corrner back Ciaran Orchin turns 29 on Friday, but his only forcus is Sunday’s Antrim Senior Hurling Championship final against Dunloy

IT could be a birthday weekend to remember for Ciaran Orchin as the Rossa corner back will turn 29 on Friday, two days before lining out against Dunloy in the Antrim Senior Hurling Championship final at Corrigan Park.

The corner back is a veteran of some good and not-so-good days in the blue and gold, but will finally get the opportunity to represent his club on county final day and do so alongside older brother Aidan, plus cousins Michael and Donal Armstrong.

Lining out with family members makes it extra-special, but so is every time he takes the field and this weekend will be no different in that regard as Rossa bid to bridge a 17-year gap.

“We’re delighted and this is your goal when you’re a child, so I’m just delighted for the community that Rossa has,” said Orchin.

“I think every day playing with my family is a privilege and Sunday will be no different.”

Those who stand on the other side of the whitewash were forced to endure a range of emotions in the semi-final win against Cushendall when the Ruairis battled back from five down late in the game to seemingly break for the line with a 60th minute goal.

But there was a sting in the tail that saw despair turn to joy with Dara Rocks netting a last-gasp winning goal and Orchin - who had to sit out last year’s equally nervy quarter-final against Cushendall - says that while the excitement generated from the manner of the semi-final win is great for the Rossa support, playing is much less stressful.

“It’s easier playing than watching it,” he insists.

“I missed the quarter-final against Cushendall (last year) with concussion and it was probably one of the worst days of my life.”

There is huge respect for Dunloy, but that is a two-way street with Rossa’s run to the final following a very positive league campaign drawing admiring glances.

Bullish statements are usually few and far between ahead of a final and the respectful build-up began in Dunsilly two weeks ago with Cuchullains’ manager Gregory O’Kane saying he expected to see the city side reach the decider.

“Rossa is a super team and probably the form team in the county - look at their league campaign,” he noted.

“I generally thought Rossa would be the stronger team as they are going well, so it will be a hell of game in the final, but where else would you rather be other than in a county final?”

Dunloy are the standard bearers in Antrim hurling, having won three of the last four Championship titles and will take to the Corrigan Park sod with the majority of neutrals expecting them to retain the Volunteer Cup with huge experience of not just playing, but performing on county final day.

Yet Rossa will have belief that of they can produce a performance they are capable of, then they will be in with a shout.

The progress made over the last few years under the stewardship of Colly Murphy has been evident as they have improved year on year, enjoying a perfect run to the final with three wins from three in the group phase including victory in Loughgiel, while finding the answers when it seemed they had been undone late in the semi-final by Cushendall.

Still, the bar will be raised against this weekend as Dunloy represent the ultimate challenge with Orchin likely to form part of the full-back line that will be tested by a potent Dunloy full-forward line.

However, he insists the approach will be for each player to concentrate on their own job and if they can win enough battles, then they can begin to think about winning the war.

“They are going for three in-a-row and they’ll naturally be favourites,” Orchin insists.

“We don’t shy away from that and know they have pedigree behind them, but we are ready for the challenge.

“Colly has set standards at the start of this campaign and everybody had adhered to that, so all we can do is out the shoulder to the wheel.

“Everybody has a task so you just focus on that task, break the game down and ask yourself what do I need to do in my role and how to help the team to get better.”