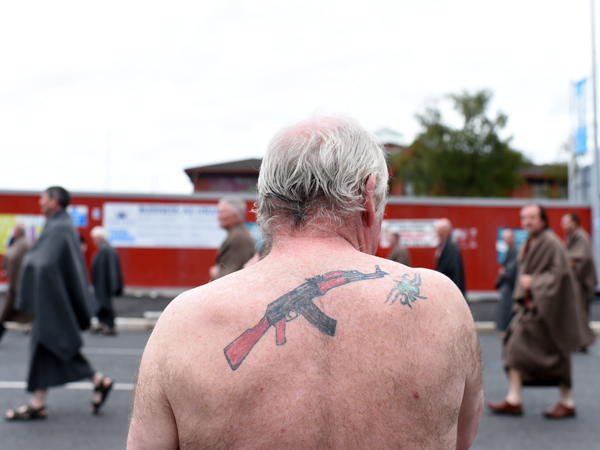 BELFAST Media Group freelance photographer Marie Thérèse Hurson has scooped first place for her work at the annual NIPPA (Northern Ireland Press Photographer Awards).
Marie’s Thérèse’s winning photograph was taken for the Andersonstown News during August 2016. Entitled Son of a Gun, the photo was taken during a march along the Falls Road to commemorate the 35th anniversary of the hunger strikes. The photo was awarded First Place in Individual Study.
“Winning the award was a bit of a surprise,” said Marie Thérèse. “There was a lot of stiff competition but it was nice to have the opportunity to go up against them.”
Marie Thérèse who hails from the Glen Road began her photography career with renowned press and PR photographer John Harrison before setting up her Stills Photographic company.
The 46-year-old described how her work was originally based around PR “but since working freelance for the papers it’s great to be able to get a taste of news and a different look on things, finding that decisive moment and going with it,” she said.