BOOK REVIEW: A riveting tale of justice and fraud 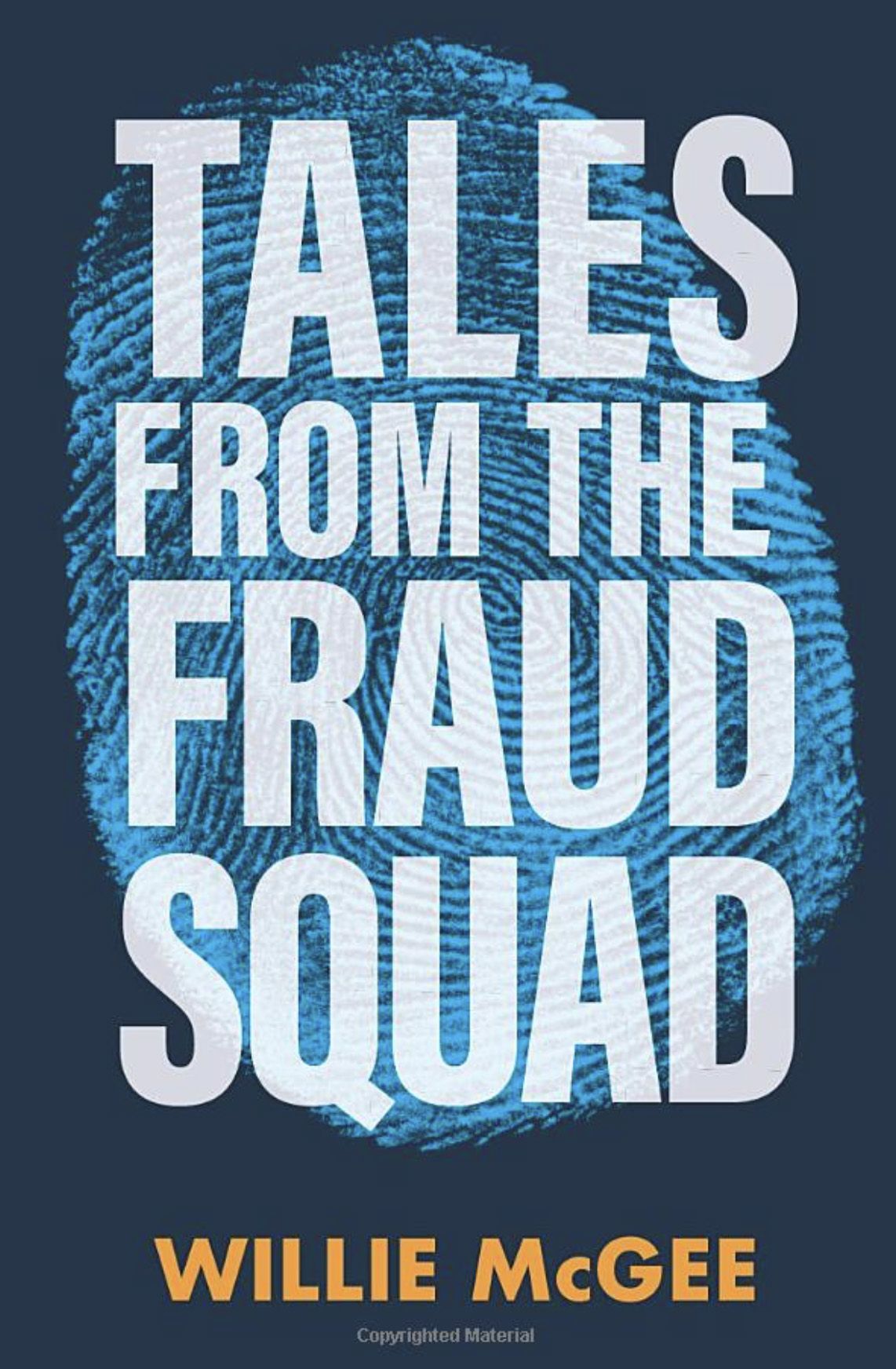 Tales from the Fraud Squad, By Willie McGee.

TALES from the Fraud Squad tells the story of how Willie McGee, a GAA county star, rose to prominence in the Garda Síochána and became head of the Garda Fraud Squad.  This is a captivating account narrated in a very readable way of some of Ireland’s largest criminal cases from an insider’s point of view.

This is a very personal memoir which takes us through the author’s upbringing in a very rural part of County Mayo. Willie’s continuous use of the first person ‘I’ gives it a very intimate feel, while his frequent colloquial phrases and shared photographs give the reader a revealing insight into his very traditional Irish  background, which he describes as ‘‘a wholesome innocent childhood.’’

Taught by his father to always do right and be fair, Willie’s interest in becoming a Garda seemed a logical one. However, this meant a huge transition in his life in terms of his surroundings.

Willie’s career adventure begins in the capital, which completely contrasts with everything he has known in the remote west coast, yet he takes this new opportunity in his stride.

Willie’s career progresses both on and off the football pitch. A renowned GAA player in his day, Willie ‘Four Goals’ McGee earned his colourful nickname when he made national news in 1967 via the remarkable feat of  scoring four goals for his county in the All-Ireland Under-21 football final. He went on to represent his county with distinction at senior level.

Chapter 7, entitled ‘The Fraud Squad’, begins the fascinating and colourful untold tales of scam artists, counterfeit fraud and white collar crime in Ireland as we have never seen or read it before. Willie’s initial preference was the Serious Crime Unit, but he was instead sent to the Fraud Squad, which he describes as very much a learning-on-the-job and in-at-the-deep-end experience.

A great storyteller, each chapter brings insightful anecdotes from Willie that are effectively stories within stories. The first few chapters focus on Willie’s early life and GAA success with chapter 6 beginning his career with the Crime Task Force, which ultimately would lead to his long and successful career, rising up through the ranks and obtaining various senior Garda positions on his journey.

Chapter 7, entitled ‘The Fraud Squad’, begins the fascinating and colourful untold tales of scam artists, counterfeit fraud and white collar crime in Ireland as we have never seen or read it before. Willie’s initial preference was the Serious Crime Unit, but he was instead sent to the Fraud Squad, which he describes as very much a learning-on-the-job and in-at-the-deep-end experience.

Beginning his line of work at a time when fraud legislation was very weak, with lots of gaps and loopholes, Willie learns the ropes and his career develops alongside the development of the State’s fraud legislation.  The most gripping chapter, which is sure to have readers engrossed, is dedicated to a case in which a threat was made to the State that the foot and mouth virus would be released  unless a sum of money was paid. The crooks at the centre of the plot communicated their demands through a series of letters, attempting to make a mockery of the State by requiring responses through adverts in the Irish Times.

Other tales from the Fraud Squad see Willie becoming acquainted with some of Ireland’s biggest crooks: the forgery of Garda pay cheques, for instance, which at that time were  seen as “safe as houses’, as well as a deceitful priest whose presence repeated itself through Willie’s career, much to the dismay of said priest.

The breadth of the cases and the contrast between them make for an always engaging read, from a fellow Garda impersonating Willie to gain free entry to the Galway Races to a former Taoiseach under suspicion at a Tribunal. Each chapter is a story with a valuable lesson and wise words or comical ones. Willie sums it up perfectly when he observes: ‘‘There was no shortage of effin’ bollockses to be dealing with.’’

The end of Garda line came with Willie’s retirement in 2002 from the force, but aged just 55 he was determined that his career wasn’t over yet. He  joined AXA Insurance, leading the first specific fraud investigation unit for a national insurance company. His work ethic is impressive and, having had a stroke in recent years, his perseverance is to be admired.

The book ends pretty much as it begins – with a fond focus on family, love and faith. Recently, Willie found himself attending Croke Park, but this time not in search of goals and glory. The Irish Heart Foundation had organised their annual conference there for stroke survivors.

Willie McGee had found a new cause close to his heart.