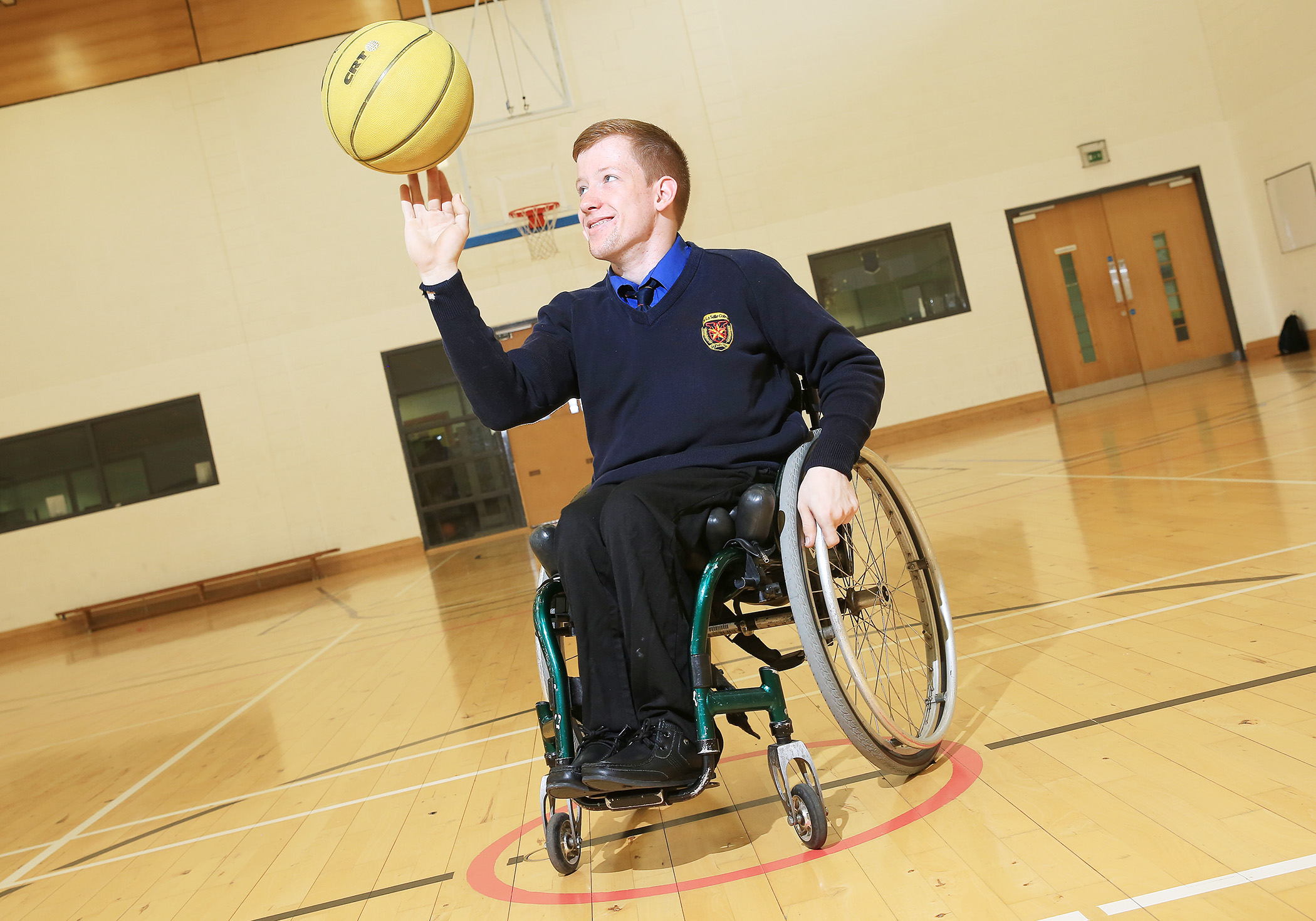 A 17-year-old student from De La Salle will be part of the Irish wheelchair basketball team competing at the U17 European Championships in Bosnia next month.

Kenny Murphy was a late addition to the squad but hopes the games in Sarajevo (July 9 to July 19) will be the catalyst to bigger and better things and hopes to one day represent Ireland in the Paralympic Games.

Originally from Lucan, Co Dublin, Kenny moved to Belfast a few years ago and quickly joined the Belfast Knights wheelchair basketball club.
He was asked to try out for the Irish team by head coach Jason Kennedy who deemed him good enough to travel to Bosnia with the team.

There was a catch, however. Like the other members of the team, Kenny had to raise the funds for the trip himself. Now he has secured the monies to travel, Kenny is looking forward to competing at the European Championships next month.

“I’ve always loved sport and watched it on the TV – especially rugby,” said Kenny.
“I always played basketball and the head coach of the Ireland team, Jason Kennedy, invited me down for training.

“I got handed a permission slip about going to Bosnia and he said I am good enough to go over.”
He added: “If we win this Division (Division B), we get into Division A. If we finish in the top five in that, we get into the next Paralympics.
“I would love to compete in the Paralympics.

“We would love to win Division B. If we can’t do that, we hope to stay in the Division so we can have another go at it next year.”

As with all elite sportsmen, Kenny is immensely committed to developing and improving his skills.
The time and effort that amateur competitors give to their sport is often akin to that of professional athletes and Kenny is no exception to that rule.

As well as his own training, Kenny often travels to Dublin and Limerick for sessions with the Irish squad.
It highlights the dedication of the teenager but his coach has lambasted the fact that athletes like Kenny are being forced to pay to represent their country.

“It is right across the sport, the able-bodied teams and the wheelchair teams.
“They are having to pay for everything they do,” said Kennedy.

“A lot of sports out there cost money but not when you are representing your country. We are asking people to come out and support these people.
“They are travelling to play for their country but they have to pay for it themselves.

“A lot of people are forgoing their family holidays to let their kids go and live their dreams.
“It is a minority sport so it doesn’t attract as much finding as other sports.

“We fall between two governing bodies – the Irish Wheelchair Association and Basketball Ireland. You have Paralympics Ireland who look after those at a higher level.
“That where we are hoping to get to.

“Once you got onto the Paralympic pathway, you start attracting funding.”

He added: “I work for the fire service and we have seen massive cutbacks in recent years. What I say to people, to put it into context, if they are making cuts to frontline emergency services, then sports, especially minority sport, is going to suffer.”

Kennedy hopes that the Irish team can enjoy success in Bosnia to attract funding on a broader scale and end the ‘cap-in-hand’ approach to fundraising.
For Kenny Murphy, the European Championship could be the start of a journey that will, one day, end with him competing in the Paralympic Games.