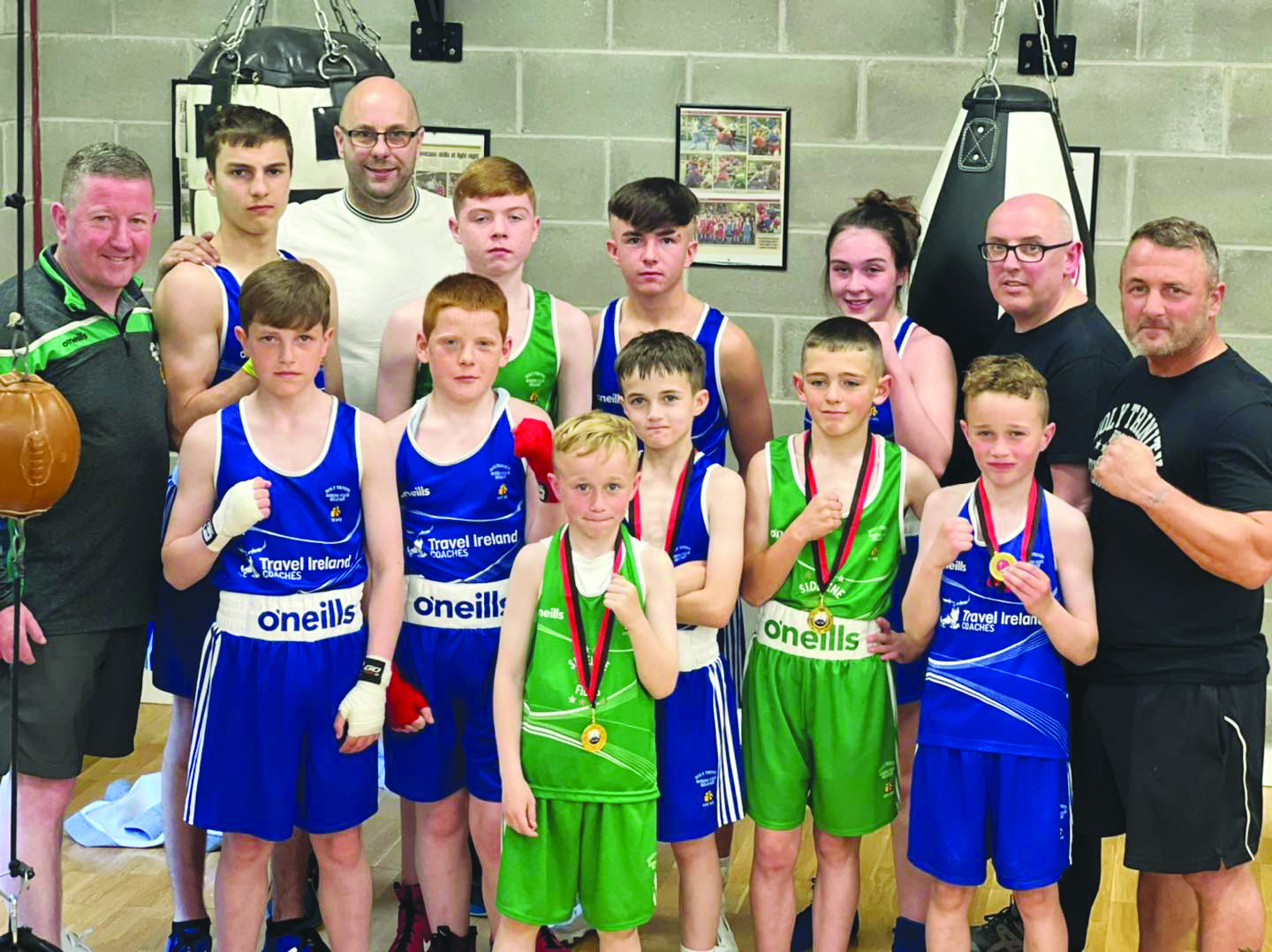 Coaches Mark Kelly, Dee Jardine, Robert Fisher and Dafydd Carlin with their Holy Trinity squad as they limbered up for their Boxing Annual Awards evening with 10 boxers taking part in well-matched exhibition bouts at the Banbridge Boxing Club recently

A strong squad from the  Oakleaf club in Derry provide the bulk of the opposition with boxers from Dukes Boxing Gym in Omagh, Castle ABC in Whitehead and the Evolution club in Carrickfergus also on the 18-bout exhibition bill.

Some excellent headline bouts are in store for the Belfast fight fans including Trinity star and reigning Ulster champ Kyle Smith up against Bernie Stokes (Oakleaf), in a repeat of last month’s absorbing Ulster Nine County Championships final.

Holy Trinity’s Irish champion Summer Fleming takes on Irish champion and European medallist Carleigh Irvine (Oakleaf) in what should be a stormer.  And another couple of crack Ulster champions, Johnny Doherty and Sean Devenney (Oakleaf), will also face off on the programme.

“There’s some real quality contests on the bill, a wide range of talented, skilful young boxers who’ll be making a name in the senior grades in the coming years,’’ said Trinity coach Michael Hawkins Jnr.

“This is our 50th anniversary year, and it’s an exciting time for the club. These kids are the future so please come along and show your support.   “It’s also our annual awards night, so it’s a very special night for us.

“Many great Trinity boxers have received these awards down the years and our present squad are more than capable in following in their footsteps.’’