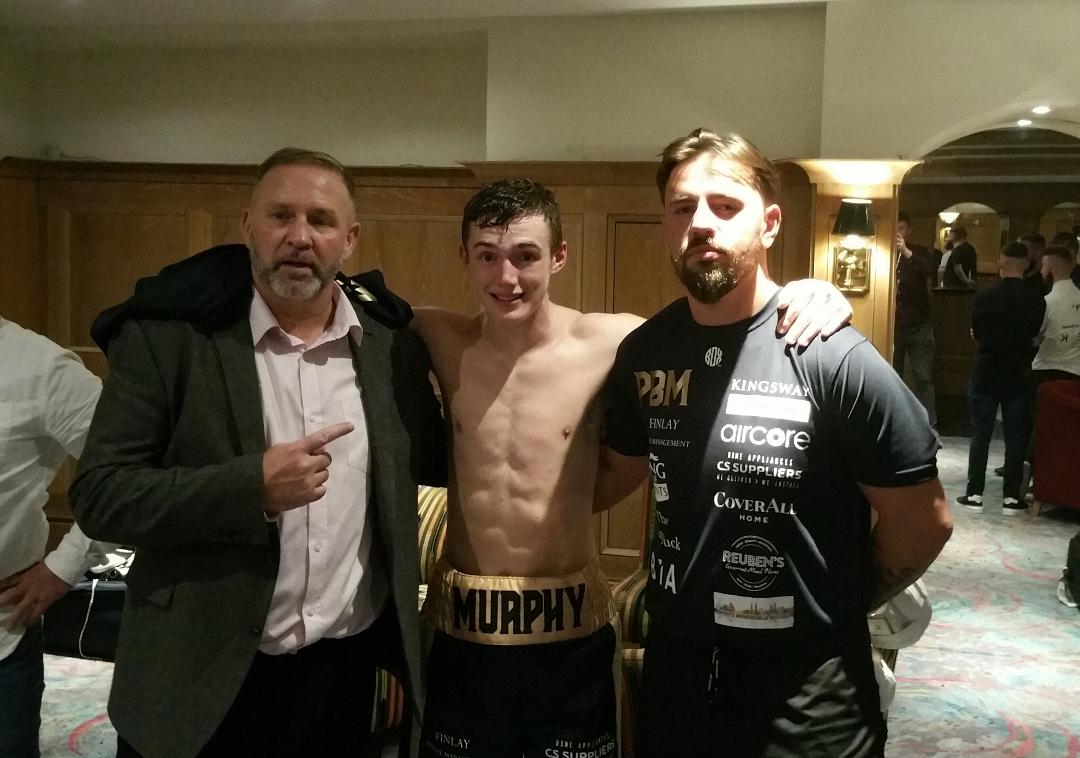 IT was a perfect start to life in the pro game for Colm Murphy as the South Belfast man produced a confident and composed display to take a 60-54 points win over Jakub Laskowski at the Europa Hotel on Saturday night.

'Posh Boy' left the amateur game with something ion a reputation for being eager to have a tear up, but was extremely measured and boxed with authority from the off to sweep all six rounds in this lightweight contest.

As debuts go, this was a perfect night for Murphy who is juggling his boxing career with his studies that will see him begin a Masters in Construction Law next week.

"I really enjoyed that," he said after.

"I consider that a statement win and showed some of the new tricks I was talking about. I showed that I still have some of the old dog at the end there, but me and Dee (Walsh, coach) had a game-plan and I feel like I implemented about 70 per cent of it.

"I can't complain and I have to give Dee credit as I've never been as worried about what my opponent would throw as to what I am going to do when I'm going at him.

"As an amateur, I wouldn't have been setting my feet like that or taking my time. I think I threw about 100 jabs there, but it takes two to tango and he was tough. I showed I am patient and the stoppages will come in time. I could have pressed on for one when I had him hurt a couple of times as I'm also a hitter with eight-ounce gloves on, but I'm happy enough."

Murphy opened boxing off the jab and settled quite quickly as he started to vary his work, going downstairs to repel the Pole's advances and seemed hugely comfortable under the spotlights.

The Belfast man was sharp with lead lefts finding the target as the action stepped up a gear in the second.

The pair traded in the third with Murphy coming out better as a crunching right found the target, but credit to Laskowski who was up for the challenge and had his moments as a couple of looping rights.

Murphy looked like he was ready to burst out of the starting blocks to commence round four, claiming the centre of the ring with a stiff jab and this proved a vital weapon as he kept Laskowski off balance.

The visitor was enjoying success with his own jab and the fifth was a very competitive frame, but Murphy used some clever movement, boxing with patience to remain in charge.

The South Belfast man stepped on the gads late in the final round, landing with some heavy fire that left Laskowski a little unsteady, but the Pole survived and heard the final bell.

Still, this was an impressive debut from Murphy as he took the decision on referee, Eamonn Magill's card to get his journey off to a magnificent start.

"I have learnt to be a bit more composed," he noted.

"That guy was coming at me so I knew to just fight off the jab and in the pro game with these eight-ounce gloves, I can't be taking the risks I used to take (as an amateur).

"In the Ulster Hall (2020 Ulster Elite final) JP (Hale) knocked me down because I went out like a train. I know as a pro I don't get that second chance, so I have to be perfect.

"It's a different ball game and I love it. I want another fight before Christmas, but I love my turkey so I'll have Christmas off.

"I had very good support so it was great to get back to Belfast. I had a lot of support from the Irish in Dubai, but it was great to have some familiar faces there and I hope I did them proud."