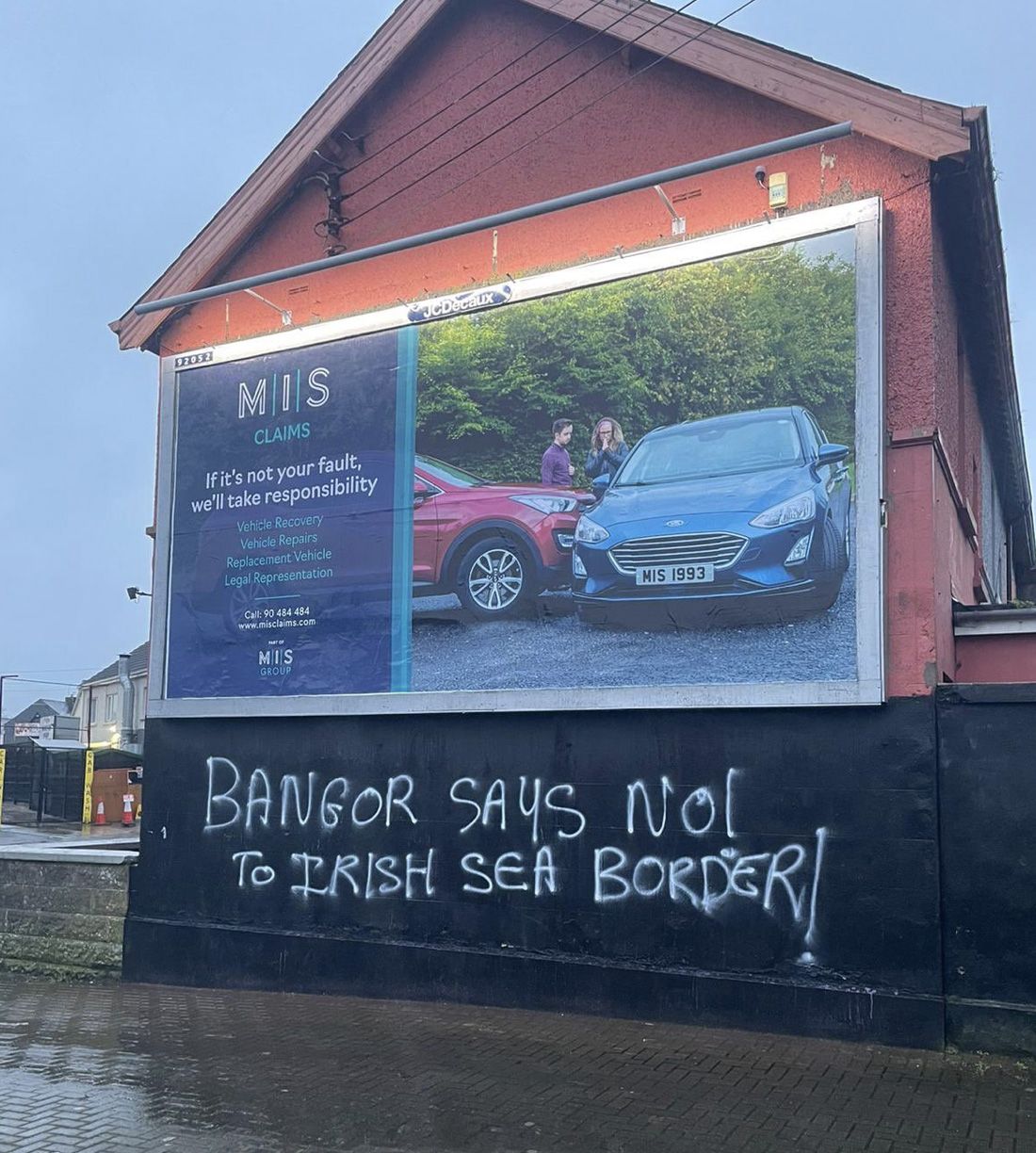 TACTIC: The UK is threatening to flout international law in order to remove the Irish Sea border

WHY do so many countries abhor what Russia is  doing in the Ukraine?  Primarily because so many people are being killed, wounded, displaced. But beyond that barbarism, there lies a second reason for disgust: Putin, by invading the Ukraine, is showing contempt for international rules.

But Putin is not alone. Boris Johnson and Liz Truss have recently paraded a similar contempt. According to the Financial Times: “Under the proposed legislation, which has not yet been presented to the cabinet, [British] ministers would have unilateral powers to switch off key parts of the Protocol in UK law, including border checks on goods travelling to the region [NEI] from Great Britain.”

In case the wording isn’t clear, what the British are planning is to run their critical eye over an international treaty they’ve signed up to and figure  how best to break it.

Which is, of course, what the West accuses Putin of doing by invading the Ukraine. Putin will be delighted for Johnson to go back on his word and thumb his nose at international law. The West is intent on presenting a united front in its condemnation of Russia for breaching international law and order, but here we have the UK,  one of the main stalwarts condemning Russia’s flouting of International  law,  intent on –  you got it – flouting international law.  Jacob Rees-Mogg , the original comic book Tory Toff, is  the UK’s ‘Brexit Opportunities Minister’,  and he has claimed the UK has the right to do what it wants if Brussels doesn’t do what the UK wants. So Johnson’s government says that, after the Assembly election, it will pass a bill that effectively sends a JCB digger through the agreement they made with Brussels. That will put at risk the whole Withdrawal agreement, which could end in a trade war.

Once a trade war starts, it’s essential to protect your own trading area. The UK, Johnson effectively says, will ignore the agreed Irish Sea border and allow goods to flow unchecked from Britain to Ireland. What does he believe the EU will do then, as the trade war escalates?  Like any country or group of countries, the EU would have to position its border checks elsewhere, and the only border arrangement that most of us can see would be the reinstitution of  a hard border across Ireland.

Of course, Johnson  isn’t totally insane. He very likely hopes his tough-guy act will frighten the EU and that they’ll find a way to make the checks on goods between Britain and NEI  so light they won’t really exist.

Will it work? Almost certainly not. The EU is in negotiation mode, willing to make Britain-NEI trade as smooth as possible. It is not in surrender mode, willing to ditch an agreement reached after long hours and acres of patience. And I would guess Johnson knows that.

What we may get, once the May elections are over, are a few wrinkles in the Protocol ironed out, so Johnson can go back to his party and announce a famous victory. The DUP will also be given an ‘Ulster’ fig-leaf to cover their embarrassment as the Protocol stays in place.

The more we see Johnson in action, the more his style  mirrors that of the Wizard of Oz.

You’ll remember that Dorothy eventually discovers the mighty Wizard, with his thunderous scary voice, is really nothing more than a weedy old man with a very loud microphone.
The DUP, God help them, are preparing to join forces with the Tories to rid the UK of the Protocol. Stand by for a shrunken DUP finding out, too late, that Johnson’s government doesn’t mind promising the moon and delivering horse-manure.