Candystripes sink at the seaside 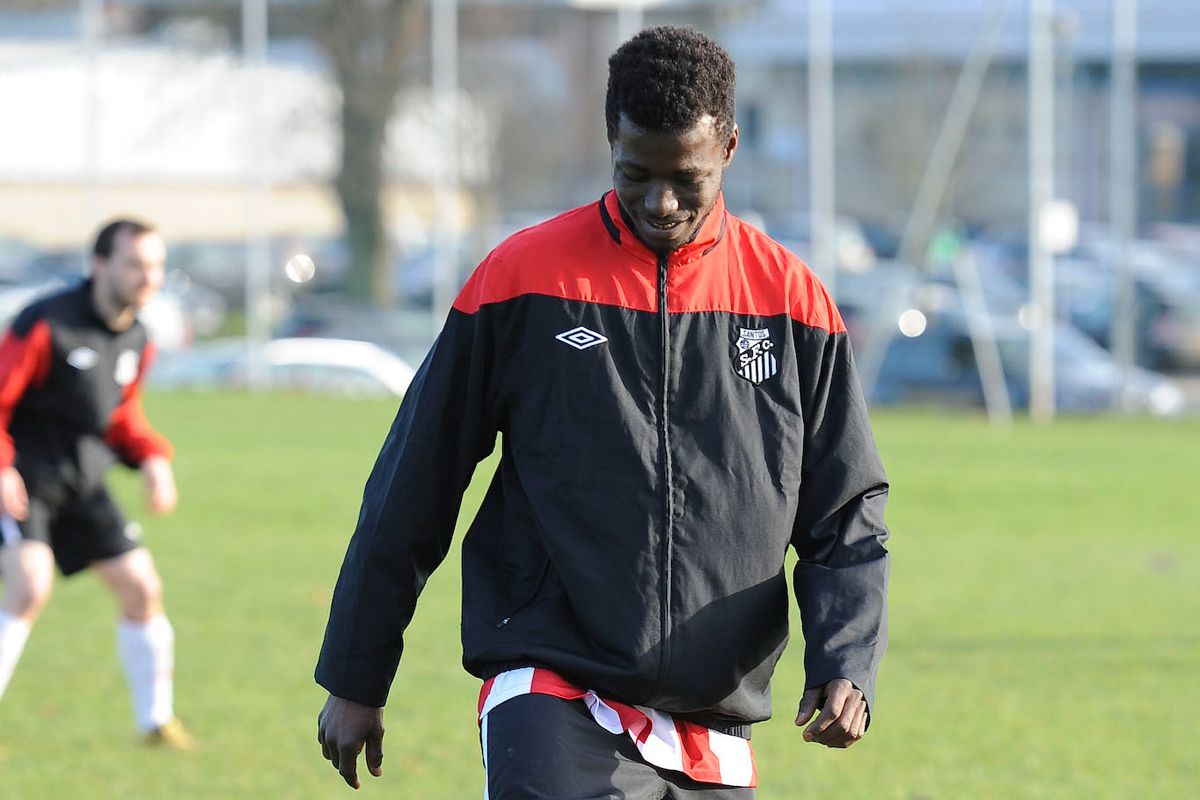 Santos’ run of March blank weeks continued, making it only one league game in four weeks.

Anxious to keep the momentum for their promotion push they travelled to meet Division 2A side Kircubbin.

Resting their experienced trio of McGeehan, McCormack and McNulty, and losing Paddy Nolan right before kick-off, meant it was a largely experimental team.

This proved highly successful as the centre back partnership from Portugal of Helio Lopez and Bruno Marco proved a dream pairing especially against the lightening quick Kircubbin front men.

Colin Hynds was also in excellent form while Aidan Hughes was suffering with a neck muscle niggle and so therefore partnered top marksman ‘Lazio’ McCarthy up front.

Hynds showed his class in the seventh minute with a superb pass to Malam Sanha who linked with Clarke to produce a teasing cross.

From a long throw Santos failed to deal with it properly and Simpson was gifted a goal.

But Santos fought back and on 25 minutes another superb move involving Hynds, saw McCarthy outstrip his marker to set up Malam Sanha to hammer home a superb goal.

While in a league fixture Santos would have ‘shut up the shop’ to consolidate, but instead they pushed forward recklessly which saw Kircubbin equalise. Half-time: 2-2.

Santos lost a lot of discipline after the break.

The brilliant Lopes was guilty of abandoning his defensive duties and was immediately punished when McDowell scored.

Five minutes later Sean McMullan was caught too far forward and again sheer pace caught Santos out and they were 4 -2 down.

Keeper Alan Breen then saved Santos on three occasions as he made blinding saves. Lopes was totally unbeatable at the back and with youngster Tom Kennedy on to help McCarthy it was total Santos domination.

But wayward finishing cost them at least three goals.

First young Kennedy was presented with an open goal but hesitated to let Devlin in goals to get a foot to the ball.

Then Sanha raced from half-way to play a glorious ball to the far post, but the normally lethal McCarthy, amazingly headed the ball wide.

McCarthy then thundered a shot which thudded a post and Hughes had a flick luckily cleared off the line.

Santos were in total control at the finish and still full of running which augers well for the vital four league games as they wind up their first ever league campaign in the Mid-Ulster League.

Santos travel to Portadown, now for their ‘back to back’ fixture with Union Lusa, determined to avenge the last minute defeat that the Union lads inflicted on the ‘Candystripes’ on their last outing.