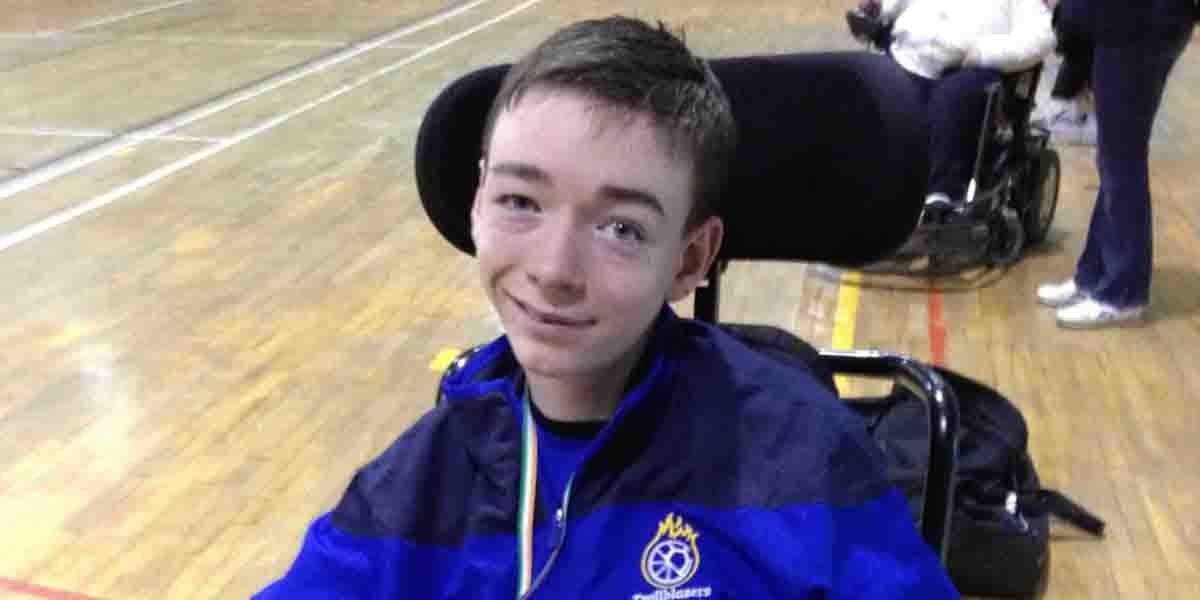 Carl McVeigh, who will represent Ireland at the European Powerchair Championships

WEST Belfast’s latest Irish soccer international is preparing for a big tournament later in the year when he will take on the cream of Europe.

Carl McVeigh, a 15-year-old from the Stewartstown Road, will line out for the boys in green during this year’s Powerchair Football Championships to be held in Paris in October and November this year.

Carl, a fanatical Manchester United fan, began playing the sport three years ago and quickly established himself as a natural.

He plays his football at the Valley Leisure Centre every Saturday where he lines out for the Belfast Trailblazers.

After such a fantastic season, Carl, who suffers from quadriplegic cerebral palsy, travelled south to take part in trials for the Ireland team and to the surprise of his mother Karen, Carl’s eye for goal was enough to earn him his international call-up.

“To be honest I was shocked when he was selected,” said his proud mother Karen.

“We knew he was good but didn’t think he would have made the Ireland team. Football is Carl’s life and he absolutely loves it so when we got the news he made the team, we were all over the moon.”

Powerchair football is relatively new in Ireland although it enjoys a greater participation in the south. Just ten years ago, there would have been around ten players but now, the number stands at 100. Karen and Carl are hoping the success can inspire others to take up the sport and inspire many more to don the green jersey in the future.