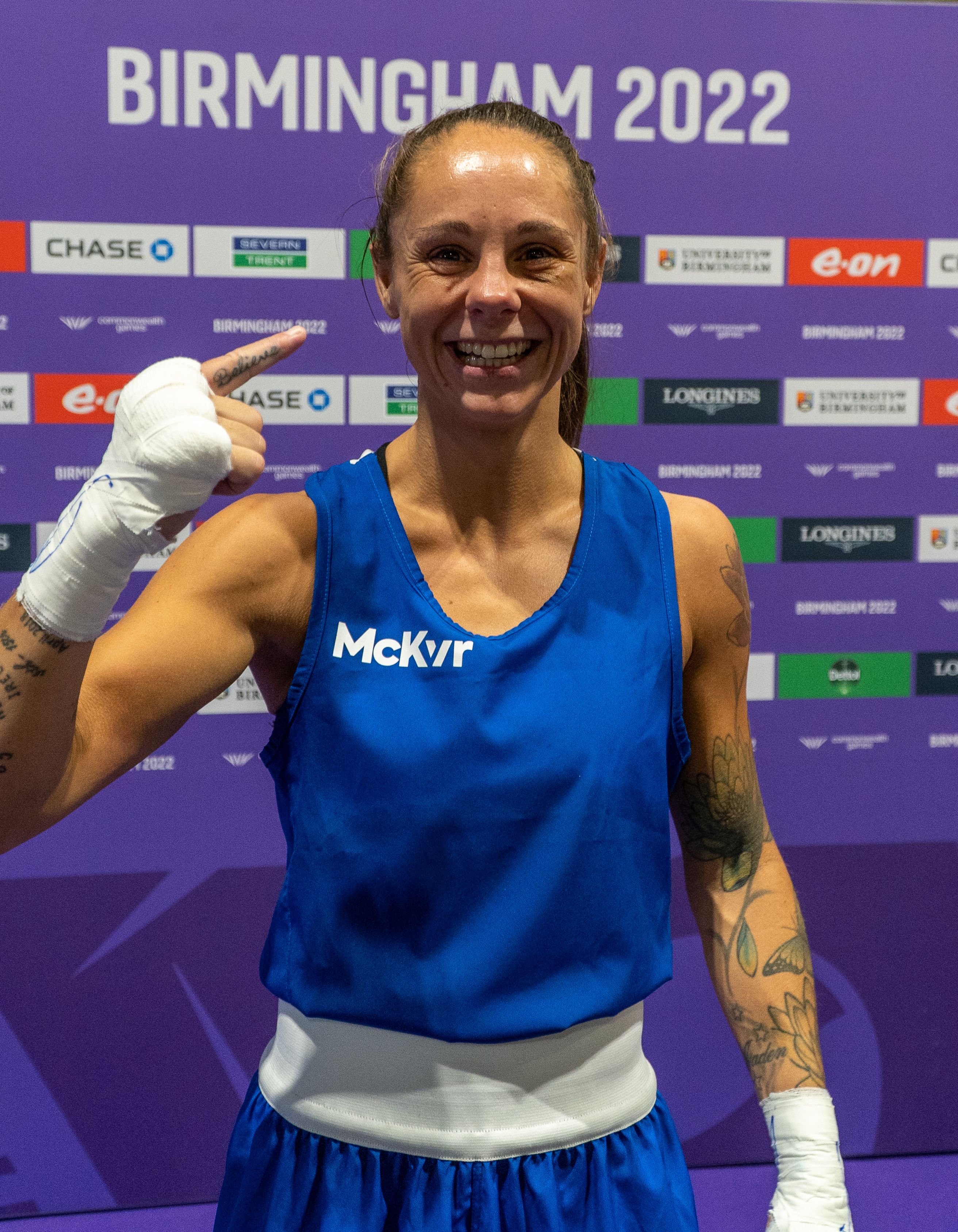 McNaul a silver medallist four years in the Gold Coast wants to go one better this time in Birmingham and will be full of confidence after outclassing her Asian opponent 5-0 in the quarter finals.

“Obviously I’m here to win the gold medal not just a bronze medal, I was so happy with that performance it was much better that the last one,” said McNaul.

“The last time I said I was scrappy and I would put on a better performance and I done that.”

“The first fight was a much higher pace and I just couldn’t get any of my shots off clean, the plan was hit and just make it scrappy and the plan worked well and thankfully I came through it.”

“In that performance I was able to get my clean shots off and do a bit of boxing and show people that I have a bit of skill and I was able to do stuff that I was working on throughout the training camp and I am very happy with that.”

McNaul will face Uganda’s Teddy Nakimuli  who has yet to fight in Birmingham after getting a walkover into the semi finals for a shot at the gold medal and the Belfast fight is hoping that being battle hardened will help her against the African.

“It would mean everything to me, I’m doing this for my son, he gives me the drive to keep going”

Carly McNaul is ready to go all the way for gold 🥊#goteamni pic.twitter.com/PNnRkmDCIE

“Normally I get better as the fights go on, I have two fights behind me and she doesn’t have any, I’m just looking forward to going on and putting on a good performance.”

“To win a gold medal would mean everything to me, I’m doing this for my son Jaden he gives me the drive to keep going and he is coming out here to support me on Thursday and me family is coming as well.”

Eireann Nugent and Jude Gallagher have also reached the podium thanks to wins on Wednesday evening.

Immaculata's Nugent reached the semi-finals of the women's light-middleweight division as she recovered from a slow start to power past Jodie Wilkinson on a split decision.

It was a competitive opening round with Nugent switching stances to try and confuse the Englishwoman who had her success from southpaw and she had much better success to sweep the opener.

The Belfast woman was happy to force the pace and make this a battle at close quarters, throwing to the body and while Wilkinson landed some clean lefts in the round, Nugent's work-rate saw her level on four of the five cards heading into the final stanza.

It was now most certainly up for grabs with Nugent marching forward and applying pressure. Wilkinson stepped back early and caught Nugent on the way in. But she couldn't deter the West Belfast woman who was making it her fight and Wilkinson was resorting to spoil, this prompting a point deduction that would prove crucial.

As it transpired, this wouldn't really matter as Nugent has won this battle of wills with her efforts earning the approval of all five judges to claim a huge win.

Gallagher was equally impressive in his against Pakistan's Ilyas Hussain in Birmingham to claim a uanimous win.