Conlan ready for his Garden party 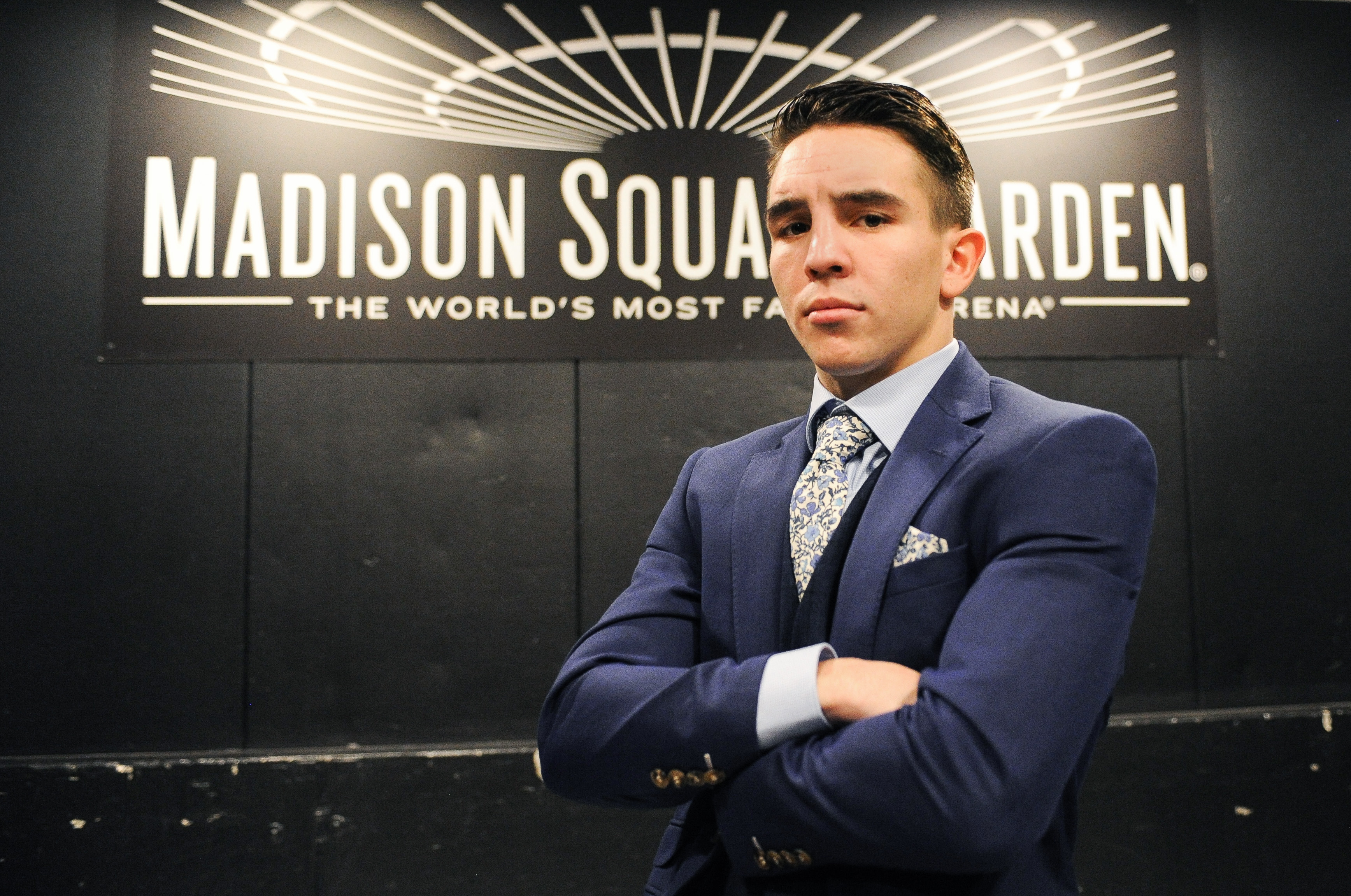 THE time has come for beginning of ‘the takeover’. On Friday night in New York’s iconic Madison Square Garden, Michael Conlan will march to the ring for the first time as a professional boxer.

It now seems an eternity since the West Belfast man let the world know in no uncertain terms just what he thought of the decision to deny him in his Olympic quarter-final against Vladimir Nikitin, his last time boxing competitively. But that was then and this is now. The disappointment of Rio has faded into history, as now it’s time for the new chapter.

The decision to sign with Top Rank, a giant in boxing promotion and the relocation to Los Angeles can see the man who topped the podium at the World Championships as an amateur repeat that feat as a professional and it is clear his team share his confidence given the stage they have chosen to launch his career in the paid ranks.

“I’m happy enough, I’m in a good place,” said Conlan from New York on Tuesday ahead of his featherweight meeting with Colorado’s Tim Ibarra (4-4) that is scheduled for six rounds.

“I just can’t wait to get started now. I could fight right now, I could make the championship weight now if I needed to. I’m ready and I’m happy.

“It’s definitely starting to feel real, but I’m still grounded within myself. I’m not really worried or paying too much attention as to how big the event is. It’s just another day for me and another night in the ring.”

It could be easy to get carried away given the magnitude of the occasion with all the bells and whistles that will accompany his big night including his name and image outside an arena that has hosted boxing luminaries such as Joe Louis, Sugar Ray Robinson, Muhammad Ali, Joe Frazier, Sugar Ray Leonard and Roberto Duran.

“I have seen it a few times now, but when I first saw it, it felt unbelievable,” he continued.

“To see your name and picture outside the Garden is nice.”

It most certainly is, especially given he only relocated to the United States at the beginning of the year to work with Manny Robles at the Rock Gym in Carson, California.

However, the transition has been seamless with his fiancee, Shauna and daughter, Luisne also now settled into life on the West Coast.

“It’s been a quick period since I moved over to America, but the last few weeks have felt like they have dragged because I just want the fight to be here now,” he admits.

“It’s been a good time though, I’ve enjoyed it, trained hard and I’m happy here.

“The first day I started training with Manny, we clicked right away.

“We are developing a bond now and the relationship is growing stronger. I feel like he is the right coach for me at this period in time of my career who is going to benefit me and bring me on to the next level where I need to be.”

Being the new face in a gym that already boasts world champions in Oscar Valdez (WBO featherweight) and Jesse Magdaleno (WBO super-bantamweight) on top of a host of other hungry contenders ensured Conlan had to somewhat prove himself initially.

Conlan admitted he had to earn his new gym-mates’ respect, but now he is becoming part of the furniture and feels right at home.

“At the start, but I had to put a bit of manners on a few people and I did that,” he explained.

“Now I’m in the position where I’m just one of the lads in the gym and I’m there to work which is great.”

The work has been leading to St Patrick’s Day and the eagerly-anticipated debut against Ibarra.

The 26 year-old is not exactly an unknown to Conlan’s team given he lost to Manny Robles Jnr by TKO in the first round back in 2012. After four years out of the ring, Ibarra returned last year, winning two and losing as many contests before getting the call to face Conlan.

While this is a fight the Falls man is fully expected to win, he knows he will be coming up against an opponent who will view this as his golden opportunity to make a name for himself and spoil the St Patrick’s Day party for Conlan and the large Irish contingent who have travelled.

“I have watched a wee bit of him,” said Conlan who will be joined by Conor McGregor on his ring walk.

“The coaches have some DVDs that Top Rank gave them, so they’ll have a bit more of an insight than me. He is going to come to fight and will probably fly out of the blocks in the first round, but I am going to have to play on that a bit because he could be a bit of a cat in the headlights with the crowd and the atmosphere in the arena.

“I have got to be prepared, but I’m ready, I’ve trained hard, I’ve sparred world champions. The sparring is going to have been tougher than this fight’s going to be, but I’m expecting a guy who is going to come out wanting to take a big scalp. I’ve just got to be ready for that.”

His friend and former Irish amateur team-mate, Paddy Barnes did not enjoy the debut he would have hoped for when his opponent, Stefan Slavchev showed little interest in having a fight and was eventually thrown out for lifting Barnes over his shoulder.

Conlan can’t see a similar situation unfolding on Friday and is expecting a live opponent.

“This guy has had a full training camp, so he won’t be coming in like some journeyman,” he predicts.

“He will be coming in to win. He has four wins and four losses, that’s an even enough record.

“You have some people who would fight people with 13 losses and one win on their debut, but you need more than that.

“I’m taking on someone who has ambition, definitely wants to beat me and will try his best, but come the night he can forget about anything he has seen in the past because he is going to get knocked out.”

That is certainly the hope for Conlan and his team who are planning to use this debut as a launch party. The idea is to enjoy the occasion, win well and look good doing it.

“It’s a big event here in America for people to see if all the hype around me is true or not, so I have to go out there and show it,” he agrees.

“I have to go out there and perform, put on a show and look good.”

The stage is set for Conlan to begin his planned takeover. An exciting night beckons and it will be one when the West Belfast man take his first steps on the road to professional glory. Get set for ‘The Conlan Revolution’.