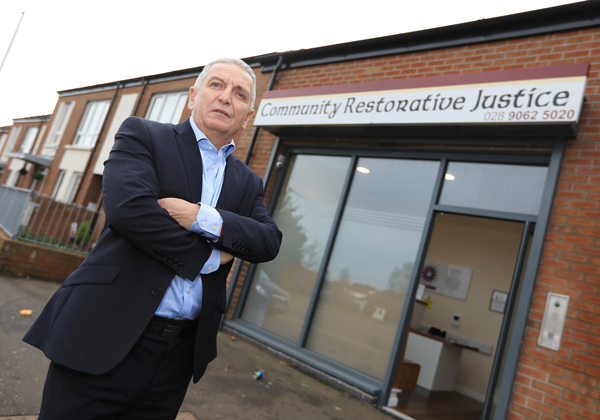 DISSIDENT republican group Action Against Drugs (AAD) have vehemently denied that they were behind the issuing of a death threat to alleged drug dealers named on a new list.
On Sunday night a shot was fired through the front window of a house in St James’ Road, it is understood that this was a case of mistaken identity and that the property and its residents were not the intended targets. AAD have also denied being involved in that incident.
Action Against Drugs told the Andersonstown News this week: “AAD did not issue any list relating to alleged drug dealers, innocent people are named on this and it is totally fictitious. We will carry out a thorough investigation into the origins and publication of the list and will severely deal with anyone using our name to intimidate members of our community.
“We would also take this opportunity to state that we were in no way responsible for the gun attack on the property on St James.
“And we would further state that we are not involved in extortion and racketeering and anyone that is asked for money in our name should come forward to any community group and seek clearance or confirmation of this.”
Speaking to the Andersonstown News, Deputy Director of Community Restorative Justice (CRJ) Jim McCarthy said: “Over 18 months ago our Director Harry Maguire called on all groups to clarify their position around the extortion of drug dealers and we would reiterate that call again today.
“Parents are calling into our office telling us that people are coming to their front doors demanding money for their children’s drug debt. Parents are then going to their credit unions to borrow money or using other means of borrowing and it’s putting real pressure on them.
“What we are saying is do not pay them, but these people are claiming to be from well-known groups which in turn is frightening parents and they are giving them money.
“We are asking all groups to publicly state that they are not involved in extortion, if they do it will carry a lot of weight with families and they will stop paying these people the money.”
Mr McCarthy added: “AAD have categorically stated that they are in no way involved in the publication of this list or the demanding of money.
“We would call on all groups to follow suit and clarify their position, this is a big issue in our community and it needs dealt with immediately. If all these groups come out and say ‘don’t pay anyone’ then the extortion will stop.
“It’s a vicious cycle, we would ask anyone who is being extorted to go to any community organisation and seek advice, our door is open, but people can go to any community organisation where they feel comfortable. These people are not republicans in any way, shape or form and people should come forward and expose them.”
Mr McCarthy said: “If anyone has been intimidated by people claiming to be republicans they should come to us, no matter who they are or where they live, people have nowhere to go when it comes to this and parents are getting into debt out of fear. It’s the parents who are on the receiving end and a public clarification would go a long way to ease their minds.”
West Belfast MP Paul Maskey said: “The groups carrying out this kind of activity are not republicans. They are extortionists and criminal gangs who should get off the backs of this community, once and for all.
“Anyone with any information on this reckless attack or on the activities of drug dealers should bring it forward to the police.”
Detective Constable Philip Cummings appealed to anyone who noticed any suspicious activity or vehicles in the St James’ area to contact detectives at Criminal Investigation Division, Musgrave on the non-emergency number 101, quoting reference 133 30/10/17. Alternatively, if someone would prefer to provide information without giving their details they can contact the independent charity Crimestoppers and speak to them anonymously on 0800 555 111.