Duffy delight at sealing his switch to Celtic 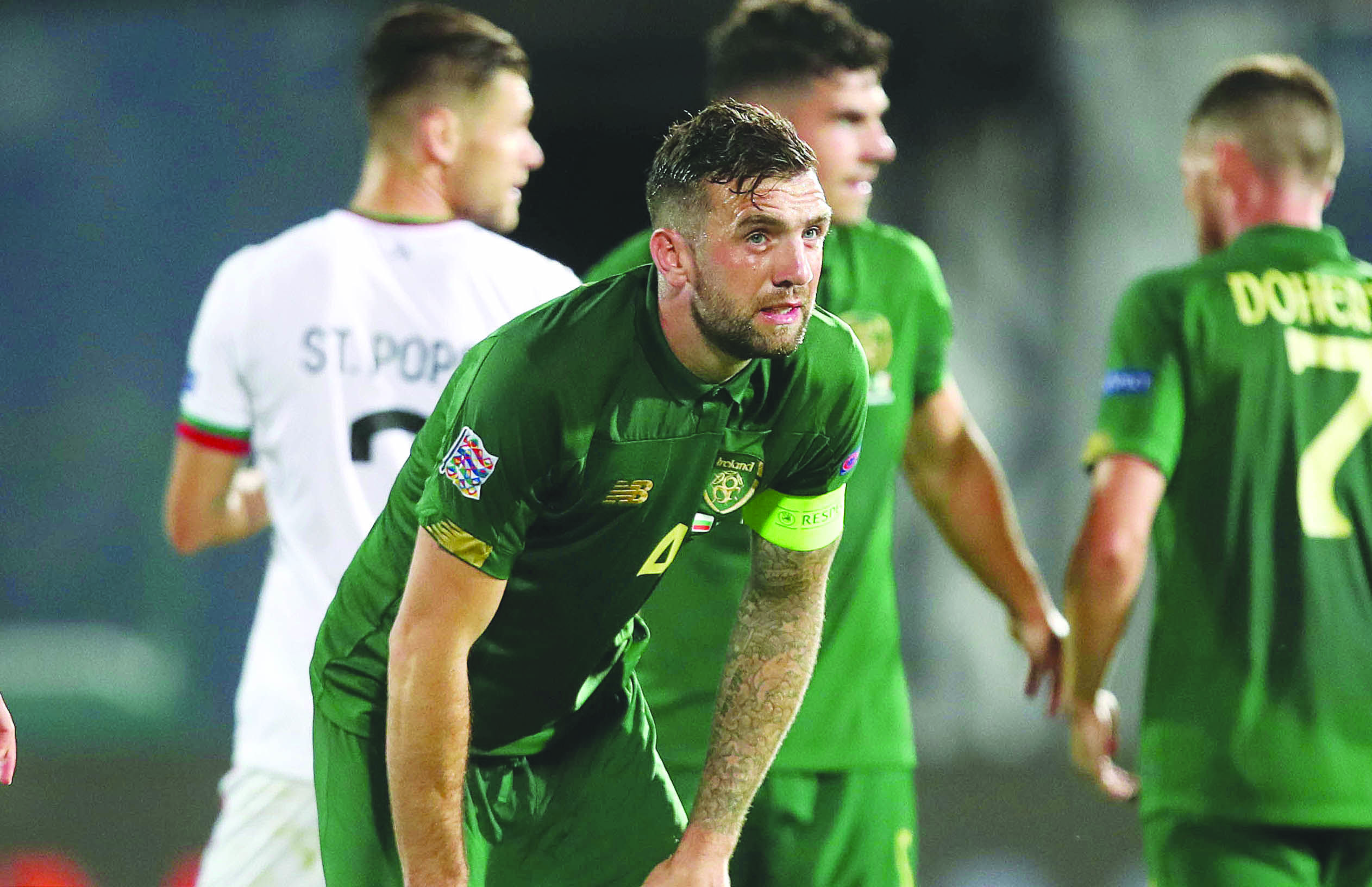 SHANE Duffy says it is a “dream come true” to have sealed his move to Celtic.

The Ireland centre-half secured a season-long loan from Brighton with the Derry man saying the move is one he has always wanted, having supported the Hoops as a boy.

The 28 year-old began his career working his way through the Everton youth academy but spent much of his time out on loan before spending two years at Blackburn Rovers and then moving onto Brighton.

But it is Celtic where he has always hoped to play and has been given the opportunity as he links up with Neil Lennon’s squad for their bid to win 10 Scottish Premiership titles in-a-row.

“I’m delighted, obviously, as it’s taken a little while to get done but I’m over the moon as it’s something that I’ve always dreamed of doing,” he told FAI TV of the move.

“To get the chance and the club to want me is a special moment for me and I’m just really excited to go up there and get going. Hopefully I can help bring success to the club, but I’m delighted as it’s been a long time coming.”

As a Celtic fan growing up, Duffy says he made trips to Glasgow as a fan but to now have the opportunity to pull on the famous green and white hoops for real is something he has always aspired to.

“People will obviously know the connection between Derry, Ireland and Celtic - it’s all we knew growing up,” he added.

“As I’ve gotten older, I’ve been lucky enough to go to a few games and experience the atmosphere. It’s my boyhood club and literally a dream as a kid to say you would be signing for Celtic.

“I’ve had all the tops over the years and now to get the experience to go out onto Celtic Park and play for the club you love is a huge honour and hopefully I can do them proud.”

Duffy is the latest Derry man to sign for Celtic, with Paddy McCourt something of a cult figure during his spell between 2008-2013.

He says he has been in contact with the ‘Derry Pele’ ahead of making his own switch and says those conversations only served to make his desire to make the Glasgow switch even greater.

“Paddy has been great with me,” he confirmed.

“I spoke to him a couple of weeks ago when it was all happening and he had only great things to say. If I have half the career at Celtic he had, I’d be delighted.

“Obviously, he’s a huge role model in Derry and someone who played for Celtic, so he’s someone I look up to.”

There is also the opportunity to play under another Irishman, current boss Neil Lennon.

“I’m delighted to get working and get going now,” he continued.

“I watched his (Lennon’s) career all the way through at Celtic as a player and now I get to play under him, which is a great honour.”

With Celtic bidding for that unprecedented 10 in-a-row, Duffy says he is thrilled to be given the chance to play a part in creating history.

He admits it won’t be straightforward, but is determined to do all he can to ensure the league title stays in the east end of Glasgow.

“I don’t need a reason to go to Celtic, but if ever there was one then it’s this year and the opportunity to go and make history,” he confirmed.

“It’s something I’ve been following closely over the years, hoping they would do it every year, so to have the chance to be a part of it is a huge honour for me.

“There is a lot of hard work to do to get that 10 in-a-row. I know the fans are optimistic and I am as well going there so I’ll do the hard work and hopefully the rewards are there in the end.”