Edwards stakes his claim for top County Board post 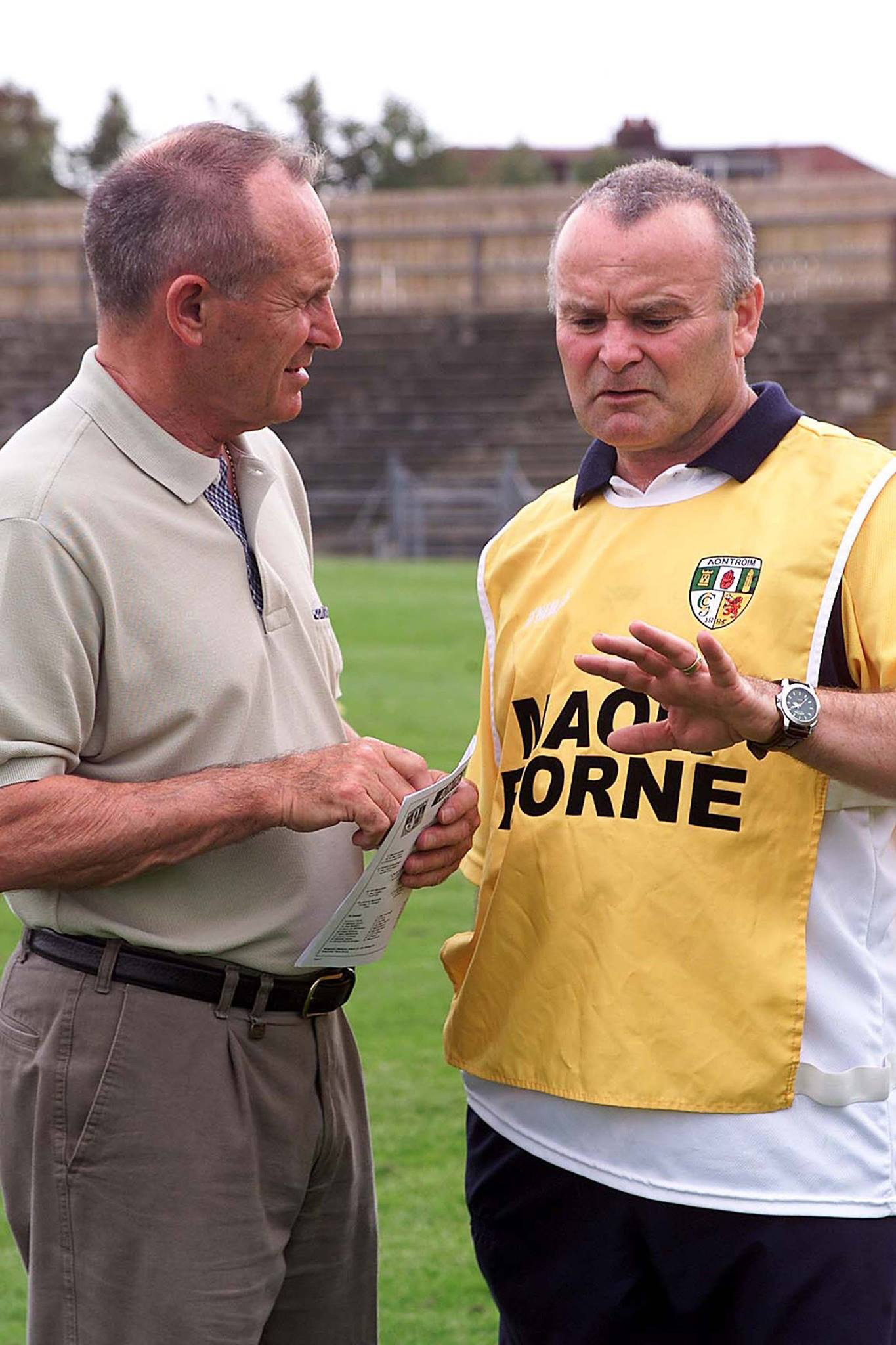 LEADING Antrim administrator Joe Edwards believes serving as head of the county’s Competitions Control Committee for nine years means he is the ideal man to lead the County Board.

Next Monday night’s annual Antrim GAA convention at the Dunsilly Hotel will see the election of new officers for a number of the top roles on the Antrim Executive.

Edwards is bidding to succeed outgoing Chairman Jim Murray and will face competition from Colin Donnelly of St John’s.

Edwards told us he has the experience to be the new Antrim Chairman.

“I am a member of St Paul’s GAC, in which I served as secretary for five years,” he said. “I have also been involved in different roles in the management structures of county teams.

“In county administration, I served on the committee tasked with producing the county’s first five-year strategic plan. This was a successful venture with almost every phase of it implemented fully.

“In the second year of Dr John McSparran’s tenure as county Chairman, I was appointed Chairman of the new Competitions Control Committee (CCC) which fulfilled the roles of the old fixtures and hearings committees. That I have completed nine years in this position, I believe, illustrates my commitment and ability in varied roles.”

The emergence of the recently-formed ‘Saffron Vision’ group has led to unprecedented levels of canvassing and electioneering ahead of next Monday’s convention.

Colin Donnelly is part of the new grouping and will challenge Edwards for the role of Antrim GAA Chairman while seven other Saffron Vision candidates will stand for various positions on the next County Board.

The stalled Casement Park project is set to be high on the agenda for the incoming executive and Edwards has also made Casement and the Dunsilly project one of his priorities should he win the vote on Monday night.

“In recent times I have been to the fore in a small committee set up to represent Antrim in demanding talks with Ulster and Central Council representatives,” added the outgoing CCC Chairman.

“This group has recently secured the funding for the first phase of Dunsilly to be completed and will in the near future make further advances in the Dunsilly and Casement projects.

“I have always had a good working relationship with our county team managers. In the role of county Chairman I would develop this even more. We share the same determination and commitment to our county.

“I intend to lead a new energised county management committee.

“I am and always have been a dedicated committed Antrim Gael. I am confident I can and will lead our county to better days.”